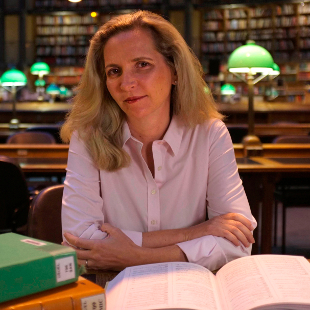 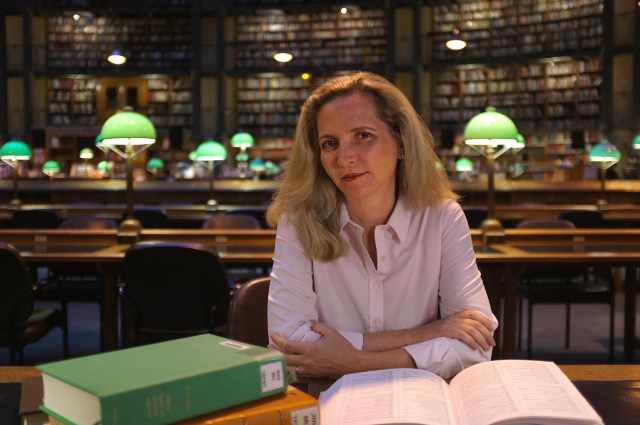 The Ascent of Woman seeks to tackle an ambitious set of questions in a four-part BBC documentary. Why have women been subjected to centuries of sexism? What has created the conditions for the subjugation of women to exist? Has this always been the case?

Presented by biographer and historian, Amanda Foreman, the series interrogates 10,000 years of history in search of answers to these questions.

Foreman makes it clear history has not given woman a straight line of progression: there is no “from subjection to liberation” story to tell here. However, she is committed to a retelling of history that is inclusive of women, to amplify female voices that have been silenced in favour of the history of what is essentially a male experience.

In the first episode, ‘Civilisation’, Foreman provides a rich, balanced and engaging illustration of ancient civilisations. This proves a fantastic beginning to an exciting historical journey, as Foreman guides us through select histories from early civilisation, some of which are relatively unknown (such as nomadic, Anatolian and Mesopotamian cultures). She also retells the stories of civilisations more commonly learned about, such as the Athenian Greeks.

Athenian women, despite living in a democracy, were stuck within structures necessitating their modesty, chastity and femininity

Foreman illustrates these stories with visits to fascinating archaeological sites. A particularly good example of this is her discussion of the Sumerians (4000BC), whose society was not based on gender, class or even familial structures, but ability to contribute to the greater good. This challenges the common idea that the introduction of agriculture and industry led to the division of labour between men and women. In the case of the Sumerians, Foreman describes how this division of work and space came after the Egyptian invasion. Histories such as this one are contrasted by others, such as those of the Athenian women, who despite living in a democracy were stuck within structures necessitating their modesty, chastity and femininity.

The autonomy of women is quickly established as central to the discussion, with Foreman seeking to frame female agency within the legal, political and economic environment of each society. There is a focus on the structural elements of female experience in this particular episode, probably because writings by women from early civilisation discussing their personal day-to-day experiences simply do not exist; Foreman mentions that the Egyptian invasion of ancient Iraq (which was then part of Mesopotamia) was one example of how female writings strongly declined because of new restrictions cracking down on Mesopotamian women who had previously been writing .

Despite this, Foreman introduces us to a series of women, interesting both in their lives and also as frames of reference for their respective societies. The documentary uses the stories of individual women to provide wonderful visualisations of what life was like in ancient times, from Priestess Enheduanna in Mesopotamia to the nomadic ‘Ice Maiden’ of Russian Altai.

Foreman also illustrates her understanding of how women have been stratified. She engages with issues of class, wealth and marital status, which is particularly impressive given the already extensive remit of the programme. One of the most engaging topics Foreman discusses is the introduction of the veil in early civilisation and its impact on society until the present day. Her discussion of the integration of the veil in ancient Assyrian laws and the Hammurabi Code provides insight into how women have been divided according to their ‘respectability’. This is food for thought when considering the role of the veil, both then and now. Foreman is able to balance her discussions well, and it shows with this specific topic. Indeed, she makes an appeal to the viewer to not simply prejudge the status and purpose of the veil in ancient Assyria, indirectly pointing towards discussions on its role in the present day. Foreman’s skilful ability to present full discussions succinctly and involve the viewer in debate is one of the highlights of the documentary.

‘Civilisation’ begins a successful interrogation into the questions the documentary series proposes. In order to ensure they are addressed as fully as possible within the confines of a four-part documentary, I am hoping Foreman will continue to address issues of class, and begin to include race and sexuality as far as possible. This will provide the viewer with a richer view of female history, which will address the imbalance of tellings of ‘herstory’ as being resolutely Western and heteronormative, reflecting the world at large. This is what Foreman has done so far, and is what makes The Ascent of Woman so refreshing. This documentary has a self-professed responsibility: to tackle the lack of women represented in the history we know and chart the origins and journey of women through time. If the series continues in the manner it has begun – inclusive, incisive and engaging – it will have done its job very well.

The first episode of The Ascent of Woman will air at 9pm on BBC2 on Wednesday 2 September. The rest of the schedule is as follows:

Image description and credit:
[Dr. Amanda Foreman at the National Library, Paris. She sits at a desk with three large books in front of her. Two are piled on top of each other, while one is open. Shelves of books and rows of desks with lamps on them can be seen, out of focus, in the background.]