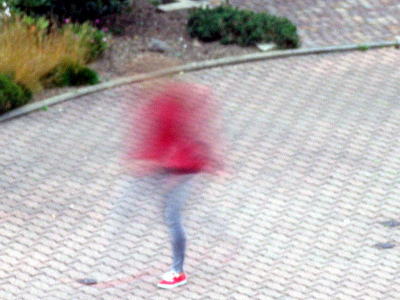 During a recent show at the Edinburgh Fringe Festival, the performer included a segment which she aimed at “straight women”, which was about the dynamics of women and men in relationships.

On the one hand, I find it gratifying that this acknowledges that not all women are heterosexual. This distinction would have been vanishingly rare until recently and even now, many would have focused on all women, as if all of us by nature of our sex have an interest in pursuing relationships with men. At least with this phrasing, she avoided the age old erasure of lesbian identity and experience.

On the other hand, I felt oddly and specifically excluded as a bisexual woman. From the content, I’m sure the segment was aimed at me as much as it was aimed at completely heterosexual women; it didn’t feel intentional or for some reason unique to their relationships with men. It was just a verbal shortcut, which happened to cut me out.

It is not surprising that bi women are often missed out. In a recent blog post, stavvers struggles to think of fictional characters who are explicitly identified as bi, and when figures in the public eye come out, it doesn’t take long for somebody to suggest that they are actually gay or straight but they need to maintain their fanbase/are in denial/are doing it for attention (delete as appropriate).

For all non-straight and non-cis people, if we choose to come out, we soon find out that coming out is continual, not just that first time that counts as your coming out story. For bisexual people, the lack of general understanding or acceptance of bisexuality can be a barrier; when the sexual orientation you identify with is commonly dismissed in its entirety, what reaction can you expect? I struggle to come out as I am a femme with a boyfriend (far from unusual) and for most people I meet, my sexual orientation seems irrelevant or defunct – but I feel it’s important to be as open as possible given that I am in a position to do so, because I want to fight that invisibility.

Therefore, I want to consider how to use language to be bi-inclusive. While I would quite like there to be collective nouns for bi and heterosexual women/men/people and bi and gay women/men/people (any suggestions?), for now language has to be context specific. In the example mentioned at the start, because the performer was specifically talking about relationships with men, it would have been fine to define the group by this, by talking about “women who have had relationships with men” or “women who are attracted to men”. In a lot of instances, this is likely to be an option, as the reason to specify sexual orientation is often because of the relationship being referred to.

But that’s not always the case and if it isn’t, then defining bi and heterosexual women by our relationship to men feels somewhat reductive. Technically, those words may be intended to indicate where our attractions lie, but identities are complex and personal things. They can variously capture our experiences and culture as well as sexual and romantic inclinations. When talking about our identities or diversity, then using chosen labels is likely the most appropriate course; if that means adding the two character word “bi”, I hardly think this makes phrasing so wordy to be unwieldy.

However, while the world is getting more progressive, it is also getting snappier. Being more inclusive and accurate is up against fitting into tweets and suiting the flow of a clickbait headline. Perhaps what we really need is a linguistic revolution. If verbal shortcuts are going to be made, can we have shortcuts that actually imply what they intend to mean? Is there a new vocabulary we can use to include bi people rather than assume they’ll know to be straight or gay depending on the subject matter? I’m genuinely asking. If you have a better way to remove the invisibility cloak of a language where heterosexuality is primary and binaries are better than scales, I’d love to hear it.

The photo used is by Erich Ferdinand and is used under a creative commons licence. It shows a person outside; they are blurred so their characteristics are impossible to make out.