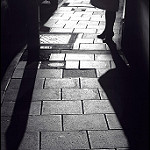 Should we decriminalise the sex industry? My heart says no but my head says otherwise

Editor’s note: this post was amended on 6 August to correct factual mistakes regarding the legal status of sex work in the UK. We apologise for having originally published inaccurate information.

Kay Page discusses the decriminalisation of the sex industry, and why she chooses protection and safety for sex workers over moral concerns.

This week Amnesty International will meet in Dublin to discuss its policies for the year ahead and to vote on a number of important issues. It’s an event that very rarely raises any media attention, but this week one controversial subject is causing quite the media storm – the sex trade and the proposal that it should be decriminalised.

Celebrities such as Kate Winslet, Meryl Streep and Lena Durham have entered the debate, urging the organisation to vote against it, suggesting that decriminalising prostitution will have a negative impact on human trafﬁcking and in effect create a form of “gender apartheid”. Yet while their intervention is with good intentions, a number of sex workers have spoken against the opposition to the motion and asked the named ﬁgures to stop “grandstanding” on the subject. 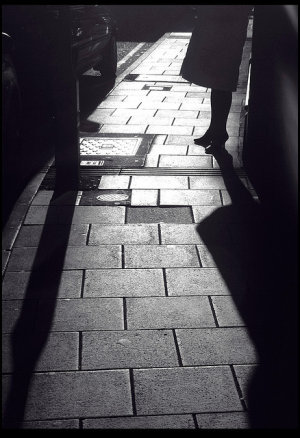 As a feminist and egalitarian I ﬁnd myself in conﬂict over the subject, concerned that there is no easy or right answer. The very nature of the sex industry is undeniably sexist and surveys regularly prove that many women enter it simply out of desperation. We may never know the impact the welfare cuts will have on this subject, as women are disproportionately affected by the changes but it’s hard to imagine that it will have no impact at all.
Yet at the same time it’s crucial to acknowledge that some women enter the sex industry of their own free will, not because of desperation or trafﬁcking. The current laws in the UK mean that these women therefore work in an incredibly dangerous industry.

However, when I think of Amnesty International, an organisation that was slow to recognise human trafﬁcking as a human rights abuse, I struggle to see how this motion really aligns with their principles. I can’t help but feel that perhaps they are choosing to discuss and debate the wrong area. Instead of proposing the decriminalisation of the entire industry, perhaps we should instead be looking to a Swedish style approach.

The Swedish approach attempts to quash prostitution by criminalising the buying of sex and not the sex worker. They have invested in support for prostitutes and by and large it’s an approach that appears to be working. [ANIA: the author chose not to support this claim with any data. Amnesty International report, as mentioned by Laura below, states on page 12 why the Nordic model is not working]

Currently British prostitutes operate in a grey area because while selling or buying sex isn’t illegal, soliciting is and as a result it’s very rare that we see any convictions. Add to this complicated law the fact that it is incredibly hard to police and you have rather murky waters in front of you. At the same time women who do sell sex – for whatever reason, whether it be consensual, under duress or out of desperation – aren’t directly protected by the law and therefore often face a huge risk of violence. For me, that in itself is a far more pressing issue.

Instead of calling on the Government to work towards the decriminalisation of the sex industry, perhaps Amnesty should be ﬁghting for other laws; ones that can be enacted as quickly as possible. We could start by ensuring that sex workers are sufﬁciently protected by current law and promote the notion that abuse is abuse whatever the events leading up to it. Alongside this, the Government need to ensure that the UK has a robust and substantial strategy for tackling human trafﬁcking, including tough sentences for anyone caught committing the crime.

In the long term, perhaps decriminalisation is the answer to the complicated question that is the sex industry, but in the short term, ending the violence has to be the priority.

Kay Page is 25 and from Wales, and blogs at www.ohkay-dohkay.com.