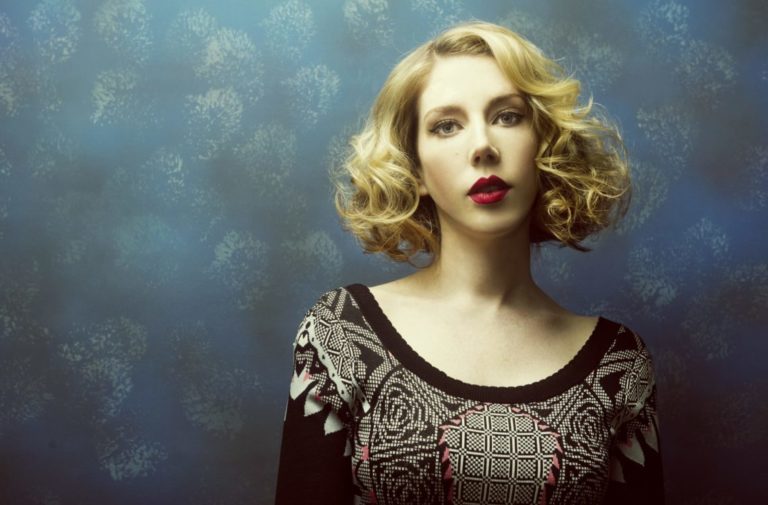 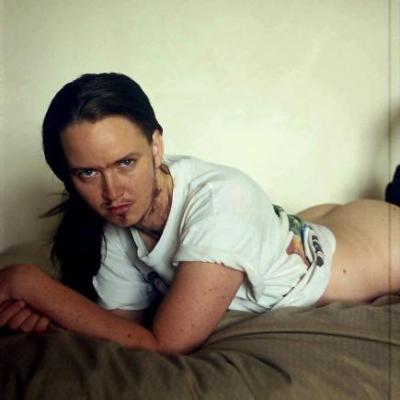 There’s been a fair amount of buzz about this show about the fringe. Australian Zoe Coombs Marr takes on the persona of a failing male comedian, Dave, and the performance is packed full of references to comedy tropes; for example, there’s a section based around casual not-casual leaning on the microphone stand that’s really well drawn.

Most of the jokes are about comedians in general rather than male comedians specifically, although Coombs Marr gets some mileage from beginning a number of jokes with the phrase “The fellas know what I’m talking about here.” Dave also lets us know that since most of his friends are comedians he really doesn’t know many women, which is a nice touch.

Coombs Marr pushes her jokes to the limit and there are many twists and turns in the piece that I definitely don’t see coming. On this occasion, the show has made me smile rather than making me laugh out loud, but it’s genuinely unusual, bold and well put together. (LL)

Dave will also be at the Soho Theatre in London 1 – 12 September. 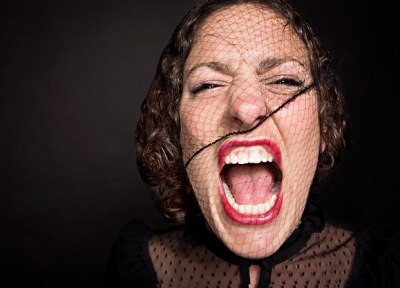 In 2014, the comedian Kirsty Mac discovered that the pickup artist Julien Blanc was planning to visit her home town of Melbourne in Australia and deliver a training session. Blanc’s methods often seem to encourage sexual violence and abuse, and something snapped with Mac. She set out to stop the event and succeeded, gaining social media notoriety along the way.

This is very much a show of two halves. The first half is straight forward stand-up, funny and well delivered, although not ground-breaking. Mac is clearly a very experienced comedian and would more than hold her own in any comedy club.

The second half of the show entails Mac’s slightly confusing story about what happened with Blanc. This is clearly something that Mac still feels passionately about and she makes fewer jokes about it. This is fine, of course, but it does mean it feels somewhat separate from the stand-up and I wonder if, with a bit more distance from the events, Mac might be able to integrate the story more into her routine.

There’s nothing wrong with a bit of passion though, or with hearing about a horrible man being thwarted, and I enjoy her 50 minutes a lot. (LL) 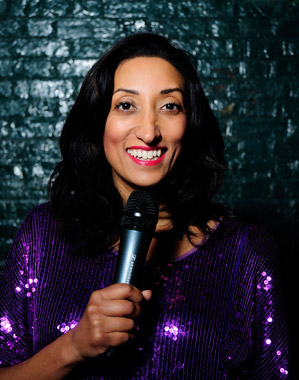 Although this show is titled A Work in Progress, as Mirza didn’t know what she would talk about when she submitted her copy, she has since found herself being compelled to write this as a show about Islam and ISIS.

But although her material is great, I don’t think Mirza delivers it as well as she could have done, as it’s somewhat stilted and seems as if it it’s being read from a script.

This is a decent hour packed with ideas and clearly something Mirza feels passionately about. (LL)

Shazia Mirza: The Kardashians Made Me Do It will be at the Tricycle Theatre in London from 24 September to 3 October. 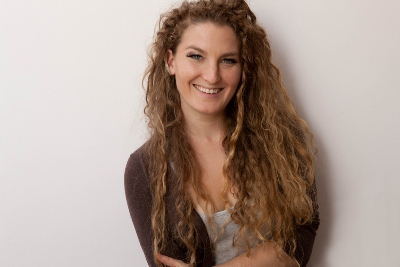 Savage is inspired by Alice Fraser’s experiences of living with and caring for her chronically ill mother. More specifically, it arises from the emotions she felt when an acquaintance assured her: “God heals.” Only a small part of the show is specifically about religion; more broadly, it is about just working out how to keep going. For Alice, a big part of that answer is laughter. Not uproarious, rolling-in-the-aisles laughter, but that which is wry and knowing, or the unexpected kind that comes from the shocking juxtaposition of pain and humour.

Alice Fraser is clearly a practised and talented performer. Her banjo playing and singing are particularly amusing. However, she is also nervous. When I see her perform, the audience seems warm and well-dispositioned, but throughout the hour she berates us for being “shit” and “wooden”. Having spent time trying to create an intimate space to talk about sensitive and difficult things, her attitude is counter-productive and I am self-conscious for the rest of the show, worried that I’m not laughing loudly enough or at the right places. If she was a little more confident and trusted her audience more, this could be a really special piece. (MS)

I’ve always felt a bit conflicted about Ryan ever since she took part in Let’s Dance for Comic Relief in 2013, as Nicky Minaj complete with an outfit with an enormously exaggerated bum. Getting laughs at the expense of another ethnicity’s physical characteristics seemed a bit, well, racist. Shortly into her hour at The Stand she makes a very funny joke about Taylor Swift patronising Minaj and it is obvious to me that her heart is totally in the right place and she’ll make a joke about pretty much anything.

Ryan is very funny and generally has a sideways take on most subjects. Her material is excellent, cheerfully taking in celebrities, her family, Canada and violence against women. She also has good interaction with the audience and really holds the room.

A large section of her show focusses on a quip she made on Mock The Week, which inadvertently offended a lot of people in the Philippines and the events that progressed from that, demonstrating very clearly that inoffensive comedy is difficult to do. But, in the end, a comic’s first responsibility is to be funny and Ryan is definitely that. (LL)

Katherine Ryan: Kathbum is on tour during October, November and December.

The Edinburgh Festival Fringe 2015 is running 7-31 August across the city. Read our other comedy reviews here.

Feature image: Katherine Ryan, a white woman with blonde hair and red lipstick stares at the camera in front of a blue background.

Image 2: Zoe Coombs Marr as Dave. A white woman dressed in drag with a neck beard lies on her front wearing only a t-shirt.

Image 3: Kirsty Mac: Feminazi. Mac, a white woman, screams at the camera. She is wearing a hat with a black net veil over her face.

Image 4: Shazia Mirza, an Asian British woman smiles at the camera wearing a purple sparkly top and holding a microphone.