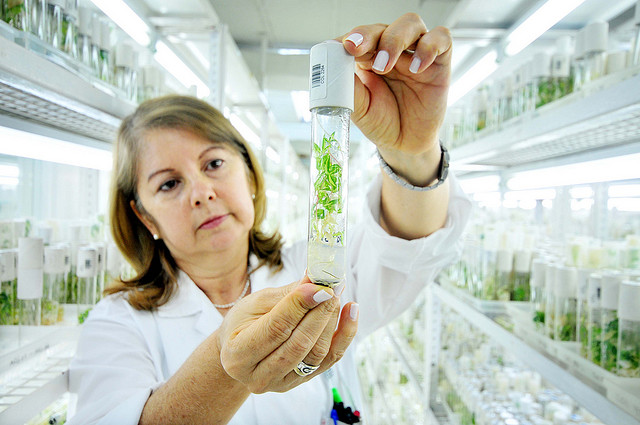 “Calm down, dear” (and other things men said to prove that Tim Hunt isn’t sexist) 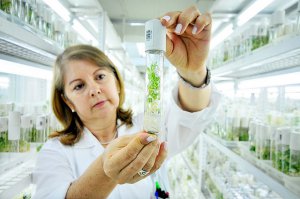 Much has already been written about Nobel prize-winning biochemist, Professor Sir Richard Timothy “Tim” Hunt and his recent bollock-drop regarding women in science. Having been invited to speak at the World Conference of Science Journalists in Seoul, 72- year- old Tim Hunt caused a huge row by advocating segregated laboratories for men and women. He said that he did not wish to hold female scientists back but that he found “girls” in the workplace “distracting”. “You fall in love with them or they fall in love with you and when you criticise them, they cry,” he said.

These remarks were not made privately; they were addressed to an assembled group of senior scientists and journalists at a formal conference. Not surprisingly, they were widely reported and soon went viral on the internet. The following day, the BBC asked Tim Hunt to speak on Radio 4’s Today programme. He had the perfect opportunity to retract and apologise. But he didn’t. He said he was sorry if he had caused offence but that he stood by his comments. In an online article a few days later, the journalist and academic Deborah Blum reported that she had attended the conference in South Korea and had spoken to Tim Hunt directly after the event. Apparently, he told her that he was just trying to be honest in his address and that he did find it hard to collaborate with women because they are too emotional.

Several days after the conference and following much activity on social media decrying his comments, Tim Hunt resigned from his honorary role at University College London (having seemingly been threatened with its withdrawal if he didn’t). The European Research Council (ERC) asked Hunt to stand down from its science committee. The Royal Society was also quick to distance itself from his remarks. “Too many talented individuals do not fulfil their scientific potential because of issues such as gender and the Society is committed to helping to put this right,” it said. Hunt tendered his resignation from the Society’s Biological Sciences Awards Committee.

A white middle class man was being held publicly accountable for his sexism so, of course, lots of other white middle class men leapt immediately to his defence. Laughably, “freedom of speech” (yes, that old chestnut, so frequently trotted out to justify the glorification of rape in rap lyrics and topless women on Page 3) was cited by many in an effort to excuse his comments. Richard Dawkins wrote a stiff letter to The Times claiming that Hunt had been the victim of “a feeding frenzy of mob rule self-righteousness”. Jonathan Dimbleby resigned from UCL in protest and Boris Johnson backed Hunt saying that, well, he’s right, because women are hormonal and prone to weeping. (I know! I can’t even….)

Robin McKie, The Science Editor at the Observer, wrote an article involving an “exclusive” interview with Tim Hunt, casting him as the helpless, vulnerable victim. It was just a silly joke, we were told, made while Hunt was “nervous and confused”. (Seriously? He’s an eminent scientist with vast experience of addressing formal events and scientific conferences!) Hunt also claimed that he had been “hung out to dry” and he criticised UCL, the RS and the ERC for bowing to public pressure. (Ah, if only feminist voices had such influence!)

Of course, it couldn’t possibly be that Tim Hunt’s comments were hugely offensive, insulting and damaging and that the criticism he received was wholly justified? It couldn’t possibly be that the establishments wishing to end their association with him were entirely responsible and correct in doing so? No! It was those pesky wimminz getting all hysterical and over-reacting and causing trouble again. Good grief, a chap can’t even demean and insult women these days without the little poppets getting their frilly panties in a terrible bunch.

It can be incredibly hard for women to be afforded the same remuneration, respect and opportunities as their male counterparts in many professions. This is especially true in science, technology, engineering and mathematics (STEM). The number of women working in these fields is frustratingly low. According to the campaign group, WISE, only 13% of people in STEM occupations are women. The gap is just as dismal in academia and only 16% of the full-time professors working in STEM fields are women.

The men rushing to defend Tim Hunt are blind to their own male privilege. They have never had to face the huge barriers so many women must overcome to gain respect and advancement in their chosen careers

In his blog, It is NOT Junk, Professor of Genetics, Michael Eisen, discusses having attended an event with Tim Hunt earlier this year. At one of the sessions, female scientists described the harassment and various obstacles they’d had to face in pursuing their careers. “The stories they told were horrible,” he says, “and it was clear from the reaction of women in the room that these were not isolated incidents… there is no way that he [Tim Hunt] could have emerged not understanding.” And yet, only a few months later, instead of trying to improve life a little for the women in science, having heard how harsh an environment it can be, Tim Hunt insulted and derided them.

As for the mauling Hunt supposedly received online, the comments I saw expressed anger and disappointment at Hunt’s remarks and some were strongly worded, certainly, but justifiably so. None were particularly cruel or aggressive or tweeted at Hunt personally; I’m not even sure he has a Twitter account! And much of the activity was good-humoured, with female scientists posting hilariously unflattering photos of themselves with the hashtag #DistractinglySexy.

Far from being the “lynch mob” or “witch hunt” described in the media, the response to Tim Hunt’s comments seemed pretty measured and appropriate. It certainly couldn’t compare to the rape threats, horrific abuse and unadulterated hatred which women so frequently suffer online. Where were these valiant defenders against ravening internet bullies when Caroline Criado-Perez, Sue Perkins, Jessica Ennis-Hill and, very recently, Alison Coralie, were receiving death and rape threats and the vilest personal insults from men in their thousands?

The men rushing to defend Tim Hunt are blind to their own male privilege. They have never had to face the huge barriers so many women must overcome to gain respect and advancement in their chosen careers. They have no inkling of the soul-destroying harassment, discrimination and disparagement women can face in their workplace on a daily basis. They have no idea how it feels to have their sex belittled and trivialised whenever they turn on the TV or open a newspaper. They never thought to question why so many women reacted the way they did to Hunt’s comments. But, hey, why should they concern themselves with something as trivial as our lived experience?

When a prominent and respected figure expresses such sexist views, they validate and perpetuate the sexist and misogynistic attitudes which pervade society. They help to keep women in subjugation. Hunt’s words cannot be viewed in isolation. They form part of the barrage of the sexism we encounter every day.

The image accompanying this article shows a scientist in a white lab coat holding a test tube.

This post was amended on 15 September to correct Jonathan Dimbleby’s name (originally he was referred to as “David”) – Ania.