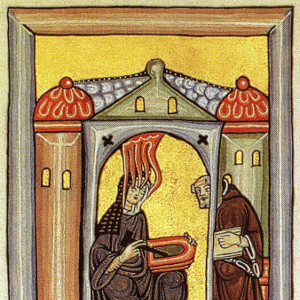 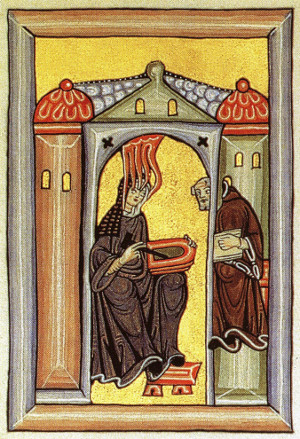 Hurrah for Jessy McCabe, the 17-year-old who, as well as sharing her name with our Editor at Large, started a successful campaign to get exam board Edexcel to include women composers on its A Level syllabus. Previously, not a single woman was represented among the 63 taught on the course.

This absurd statistic represents two major problems. Firstly, there is a genuinely colossal gap between the number of (primarily European) male composers from the past few hundred years who have an extant and preferably substantial body of work to study, and those who are female. Add to that an exam board’s preference for historical significance – likely to be appraised by public reaction and any effect on other composers, both reliant on exposure – and the ratio is even less balanced.

I find it incredibly sad that the world must be missing a quotient of superlative music by women – because it was never written or it was never given the oxygen of publicity that would have demanded its preservation. In Europe until fairly recently, professional composition was not for women. We know, for example, of Nannerl Mozart, who was as much of a child prodigy as her brother, but once grown had to retire to a domestic life. And there’s Fanny Mendelssohn, whose father told her “Music should be an accomplishment, an adornment, and never a career for women,” but who is believed to have written some of the pieces attributed to her brother Felix.

The second problem, of course, is passivity from the exam board. Any educational body must consider the impact of the choices they make on the young minds that contend with them (particularly when school is seen as an authority and the subtleties of subjectivity are unlikely to be conveyed clearly in the context). If the syllabus focuses on such a high number of composers and women don’t get a look in, it makes it all the more difficult for young women today to see themselves as successful composers and musicians. There are more boys studying music at A Level than girls and it is still the case that professional composition (be it classical, popular or for film and TV) is mainly the domain of men. In presumably related news, so is performance – let us not forget that women can be dismissed out of hand as unable to play ‘masculine’ instruments (nothing says lad like a tuba) or indeed anything at all professionally while auditions from behind a screen have them winning the approval of the same sexist arbiters.

So the exam board has a responsibility to make music an attractive subject and potential career for all students. And in fact, Jessy was surprised at how quickly they responded with plans for change.

I’m coming away from this story with three pieces of good news that give me hope.

Sometimes all it takes is bringing it up
This is a double edged sword. It’s frustrating that so often, in areas that are so impactful, nobody has thought about gender at all. But the bright side of this is that they haven’t intentionally set out to exclude women and their experiences, and when queried, are quick to realise the importance of inclusion. It can be tiring feeling like you’re constantly calling out and worrying about how negative reactions will be – but increasingly often around issues of representation, I suspect the main step will be highlighting the imbalance and supporting steps to change.

Addressing individual issues can lead to critiquing process
It would be great if Jessy’s campaign had simply ensured that the next syllabus has Clara Schumann included, but even more satisfying is that EdExcel have said they will investigate their other subjects. So we might be seeing a difference in how they represent artists, scientists or historical events. What would be even better would be if EdExcel (and other exam boards) ensure that diversity and representation is enshrined in their process for constructing a syllabus, so we don’t lose this progress when the next wave of changes are made.

Young feminism is in a good place
It is deeply impressive to see young people calling for social change. Jessy stated the campaign after leaving more about feminism through a programme about gender equality called Fearless Futures (we’re in your schools, educating your children). It is fantastic to know there are people taking action to counter the status quo of education that would see slow progress as feminist and egalitarian ideals inch forward on the agenda. This results in young people who are able to evaluate things with an open mind and question authority when they think it is wrong.

So overall, this story leaves me feeling pretty good. I’ll leave you with ‘Sino alla Morte’ written by Barbara Strozzi in the 17th century and sung in this version by Roberta Invernizzi. Let us know in the comments if there are any composers you think deserve a place on the syllabus!

The image shows Hildegard von Bingen, a German composer (and many other things) who lived 1098 – 1179. This is an “illumination from the Liber Scivias showing Hildegard receiving a vision and dictating to her scribe and secretary”.

The video has as its background a static image of an oil painting of a person wearing furred robes with gloved hands.

This post on Bustle is a great introduction to some of the classical women composers worth knowing about.