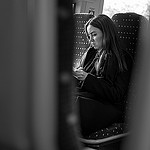 How Corbyn broke the mould with women-only carriages

Jeremy Corbyn recently voiced support for the idea of introducing women-only carriages on trains in the UK. This policy statement was made in response to the news that the British Transport Police recorded 1,399 sexual offences in 2014-15 in England, Scotland and Wales.

The story grabbed my attention – not only because I liked the idea, but because of the radically different way in which Corbyn communicated it to us, avoiding the usual pitfalls that male politicians stumble into when talking about issues affecting women.

What made it different?

Corbyn doesn’t use the slippery language of politicians
Firstly, his message had more substance than style. He did not name drop his daughters, or his wife, or his grandmother in order to lend false emotional credence to his idea. He did not start by saying “Now let me be clear…”. He did not talk about his idea having “credibility at its heart” or about “robust, rigid responses” to sexual assault. These political clichés are linguistic litter, designed to bamboozle us into believing that what we are hearing is a statement of strength. The message was not managed; it was delivered. In as few words as possible.

Despite the controversy it has sparked, his statement was cautious and tentative. He did not proclaim that he had seized upon the one and only solution to sexual assault, but said he would “consult women” to see whether a pilot of late-night women-only carriages “would be of interest” to them. I cannot remember being asked my opinion by a politician on women’s issues before. And the very act of being consulted is itself empowering.

I was somewhat surprised by the apparent unpopularity of the idea. Laura Bates, founder of the Everyday Sexism Project, said: “I don’t think at all that women-only carriages are the solution… It seems to accept that the problem is inevitable, that men will harass women and that all we can do is contain them.”

At the risk of sounding unacceptably negative, the problem is inevitable. This is not to say that all men are potential perpetrators of sexual assault; of course they aren’t. But it’s idealistic to think that there will ever be a time when it sexual assault – or the attempt of it – is eradicated completely. For as long as there are women, there will be men who think it is their right to cop a feel.

Some people believe that attempting to change the minds of such men is a more worthwhile approach than this so-called “segregation”. Guardian columnist Daisy Buchanan said on Radio 4’s Today programme that she would like to see the problem of sexual assault addressed directly, and would love to see “poster campaigns” in train station targeting men who “had had a few drinks”. The cynic in me wonders just how much attention a potential perpetrator will pay to an A2 billboard after five pints of Stella.

Segregation or an understandable need to seek safety? 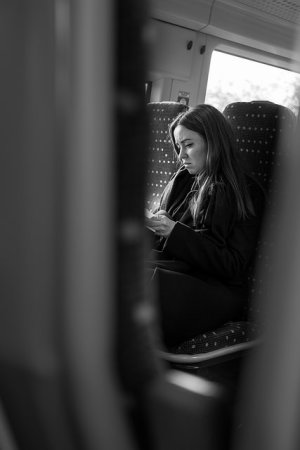 Opposers have said that women should not have to modify their behaviour to avoid the crimes of others. The act of sitting in a female-only carriage is, to some, an act of resignation, a sacrifice of territory to creeps, whereas remaining in mixed carriages is an act of defiance. It is as if mixed carriages have become a metaphor for mainstream society, and women-only carriages are a symbol of the margins. Yvette Cooper took this stance, and tweeted: “Why should we have to shut ourselves away to stay safe?”

Well, we shouldn’t. But women modify their behaviour all the time to avoid unwanted attention, especially in mixed carriages. We avoid eye contact, we take the seat next to the old lady, maybe we sit at one end of the carriage so we can see what’s going on. To me, sitting in a female-only carriage is an extension of the natural safety-seeking behaviour that lots of us exhibit without thinking, and with good reason.

When I read the backlash against the idea, one memory sprung to mind. I recalled sitting with a friend on a cramped bench on the last train to Blackpool North from Liverpool on a Friday night. I remembered a drunk and lairy bloke unbuttoning his belt and threatening to flash us, to the great amusement of his mates.

It would be nice to have the option to sit somewhere where there was no possibility of that happening, and I do not think that having that option would strip me of any sort of power. If anything, it would remove his power: the opportunistic power of the kind of man who will not be affected by a poster campaign.

All Labour leadership contenders say they want to instigate a stronger response to sexual assault on public transport. Burnham and Cooper want to assign harsher punishments to perpetrators, which whilst important, only deals with the problem after it has occurred. Corbyn wants to remove the would-be perpetrators’ opportunity to offend.

I’m pretty sure which approach is the strongest.

This post was edited on 16th September to clarify that women-only carriages were an idea supported by Jeremy Corbyn rather than Corbyn’s original suggestion. Liz.