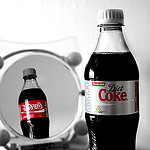 This September, we’ll be running a series of guest blogs and features about body image here at The F-Word.

2015 has been an interesting year so far. We’ve had the Protein World ad controversy (and we’ll have more about that in this series, looking in detail at what the ASA’s ruling on those adverts means for women and for advertisers). Topshop was pressured into removing unrealistically thin mannequins from its stores. There have been complaints about female politicians and prominent female businesswomen such as Amal Clooney being judged by the way they dress, rather than what they do. Similar disproportionate attention has been paid to the physiques of sportswomen over their sporting achievements. Serena Williams hit back at her critics recently over it – after all, she’s a winner of 22 major titles, so who cares what her arms look like? 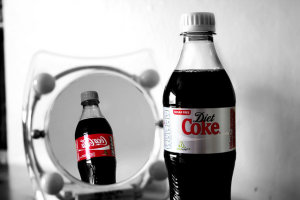 I’ve had my own body image struggles, mostly stemming from being bullied in school. The first time I wrote a piece for The Guardian a commenter called me ugly below the line, which was removed of course, but still reminded me that some still think that my worth as a woman is entirely based on what I look like and what I produce or contribute doesn’t matter. I worked as a youth worker for some time and I despaired of the messages that young girls were taking on board about their female bodies and their value. This is why we need feminism now as much as we ever did.

Our guest bloggers and writers will be discussing a range of topics, from their own personal experiences with body image to critical examination of how advertising and the media treat women’s bodies and what messages we are given about them. There are a lot of assumptions made about women and our relationships with our bodies, so much so in fact that we are not always trusted to know when something is wrong with them, as one of our authors found out when she was assumed by professionals to have an eating disorder, delaying diagnosis of a serious condition.

We encourage our readers to participate and as ever, if you have an idea for a body image related blog or a subject you’d like covered in this series then please send it to [email protected] and we will take a look and get back to you. Body image doesn’t just affect women either, so we encourage men to write in about their experiences and/or thoughts on this topic.

Don’t forget you can also participate by adding your comments or join in the discussions on Facebook and Twitter.

The series starts tomorrow, Sunday 6th September, so look out for the first blog!