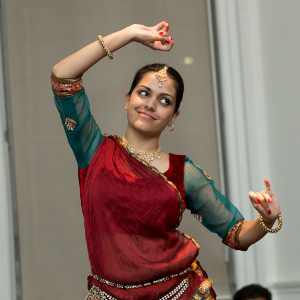 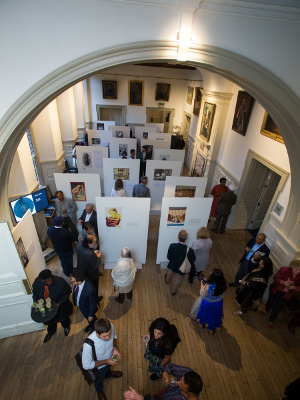 Hidden away from the Royal Geographical Society’s main gallery site, a modest exhibition depicting the fascinating history of India’s tawa’if is prefaced by gorgeous sound recordings made by Fred Gaisberg, one of the first North Americans to travel to India in the early 20th century and document its diverse musical cultures.

As talented vocalists, dancers and usually multi-instrumentalists, tawa’ifs enjoyed unsurpassable fame, socio-economic standing and political leverage as members of a cultural elite reserved for the entertainment of the royal courts. Such a position allowed these women to elude normal patriarchal dominance, but fell victim to new moral constraints imposed by colonial rule which considered such practices to have dangerous, sexually charged motivations. Nowadays, the term tawa’if is more likely to be considered synonymous with prostitution.

The Royal Geographical Society seeks to present the rise and fall of these women over the course of 300 years, from the Mughal period to present day, which is an incredible ask for even the most comprehensive exhibition programme. This display is small, featuring a number of informative texts that attempt to present anecdote alongside complex explanations of various artistic styles and their provenance and evolution over several centuries. Although the content itself is fascinating, there appears to be no clear narrative overview, resulting in a frustrating and slightly incomprehensible patchwork that often leaves you darting from one wall text to another in the hope of unravelling this complex web of information.

This exhibition tells not only of their incredible talents as artists, but also their political acumen, economic manoeuvrings and, at times, intense bravery

These texts are also accompanied by a series of reproductions of various tawa’if depictions; for example, a magnificent 19th century gouache from Delhi. Although these facsimiles serve their purpose, I am left with a desire to examine the authentic work of art in a similar manner to Gaisberg’s original recordings.

The saving grace, however, is the individual tales of the most celebrated of these courtesans, accompanied by grainy, black-and-white photographs of the formidable performers themselves. This exhibition tells not only of their incredible talents as artists, but also their political acumen, economic manoeuvrings and, at times, intense bravery. 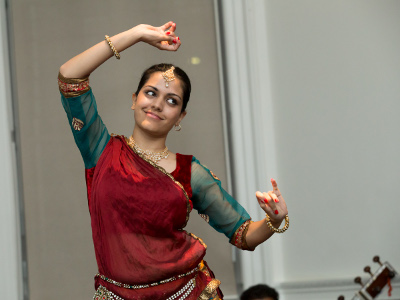 Take for example Jankibai. Revered for her poetry as well as her performances, she sang for George V in Allahabad and charged 2,000 rupees for a single recording session. Despite being married, she was pursued by a wealthy, influential suitor who plotted to murder the couple after Jankibai refused his advances. The pair were attacked by a group of assailants, who successfully killed her husband and stabbed Jankibai 56 times. She survived despite her grievous wounds and refused to press charges, as long as he never contacted her again.

Another marvellous tale is that of Gauhar Jaan. Born to European parents, she converted to Islam as a child and spent most of her life in Calcutta. Known as the “Indian Nightingale” she cut over 300 tracks and could both compose and sing in ten languages. She was also not afraid to show off her wealth; in a manner familiar to contemporary celebrity mythology she reportedly never repeated an outfit. She also paid a daily fine of 1,000 rupees to use the Red Road – a thoroughfare forbidden to the native population – and insulted the Governor by gesturing to him from her carriage, leading the official to mistake her for a foreign queen. On discovering his error, he was so aggrieved at being addressed by a mere courtesan that he banned entry for a tawa’if to festivities known as the Fancy Fair. In retribution, Gauhar Jaan ordered all her patrons create a new, more lavish fair the following year, known as Mohan Mela.

It is in these anecdotal tellings of historical tawa’ifs that this exhibition thrives, offering insight into the distinctive lives each of these women led. Their defiance of standard protocol – especially in terms of colonial rule – is a celebration of intelligence and courage at a time where there were very limited outlets offered to women, as well as a larger symbol of defiance against Imperial oppression.

However, the last few panels displayed in honour of the present legacy of these artists are decidedly sparse. Two images depicting protest posters (annoyingly without translation) tell of the 2005 “dance ban” (and subsequent overturning) as well as the vicious circle created in the tawa’ifs’ growing connection with sex work. As these courtesans became vilified they were forced to fulfil their own prophecy. Reputable audiences depleted, until their artistic talents were only welcomed in brothels and salons known as kothas.

This scant survey of recent history is fleshed out by a video screened in an adjacent space, which is much more informative in regards to the huge changes this cultural outlet has both embraced and endured. Clips of Bollywood films present the alternative successful exports India now employs, as well as showing how tawa’ifs have continued to evolve and adapt their own practice to present new forms of expression. Contemporary tawa’ifs also discuss resurgence in the more traditional, authentic forms of practice, although the disillusion at the degradation that the art form has suffered is evident in many of the interviewees.

There is no question that the ongoing stories of tawa’ifs are truly remarkable. It should also be noted that this exhibition was created in parallel with two talks on their historical and contemporary practice, which would undoubtedly cast more light on the topic. However, viewed as a stand-alone show this exhibition fails to successfully present the resources at the disposal of the curators. It is impossible to leave without a sense of frustration at the confusing set up and chronology the show employs, as well as a long list of notes on which to conduct follow up research into the fascinating lives and achievements of these incredible women.

Tawa’if – an exhibition: the life and art of the last courtesans was shown at the Royal Geographical Society on 4-6 September 2015.

The images are used with permission. The first shows the exhibition at the Royal Geographical Society from above, with people milling around images exhibited on white screens throughout the arched room. The second shows Manorma Joisi dancing at the launch of the exhibition, smiling.