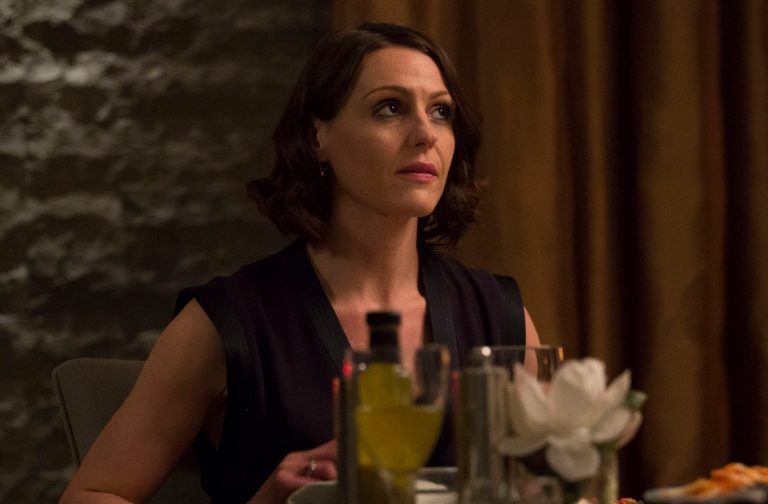 Warning: Contains spoilers regarding the climax of the series.

It’s hard not to be shocked by the finale of the Doctor Foster series. There is a chilling edge to the final scene, in which the previously erratic main character Gemma, the eponymous Dr. Foster (Suranne Jones), sits with her son, cool and calm, as the ostracised father, Simon (Bertie Carvel), watches from across the square. As a viewer, you can buy into the premise, plot and characters – even Gemma’s increasingly outrageous behaviour after discovering her husband’s affair – and that impact is still there.

There are many ways to read this show, but one of the more worrying interpretations is as an apologia for domestic violence.

While Doctor Foster does combine masterful writing and acting, it also contains some uncomfortable messages about domestic violence and the legal system. This may not have been writer Mike Bartlett’s intention, but here are some of the messages that can be drawn from the series’ finale:

The myth that women provoke violence is a dangerous yet common one. Many abusers claim that their partner’s behaviour was so outrageous, manipulative or deliberately provocative that they were driven to hitting them.

Gemma is portrayed to be driving Simon to a state where he not only believes she has killed their son, Tom (Tom Taylor) but also fears for his own life. Viewers cannot help but feel empathy for Simon at this point. Gemma even cuts off a lock of her own hair to trick Simon into thinking it is the child’s and then menacingly tells Simon she could never have let their son grow up to be like him. However, as he then runs for the door, he sees his son and collapses in tears. Simon is now like a puppet in Gemma’s hands. She is enjoying torturing him, relentlessly.

● The law is on the side of women.

Gemma works her husband into a frenzy. Then what happens? He pushes her into a glass door and the police are called.

As soon as he has pushed her, Simon immediately recognises his own fate in the eyes of the law. The resignation in his voice as he tells his neighbour to call the police can be read as a poignant and deliberately-constructed criticism of the injustices of the legal system.

The take-home message here is that a woman can get away with any level of psychological abuse, but as soon as a man raises a finger, the law protects her and penalises him.

There is no discussion of the court case, the ambiguities of the situation or Gemma’s behavioural history. The scene of provocation and violence in the kitchen is the climax of the series, after which everything else is an epilogue.

The ends are tied up neatly for Gemma – she is reinstated as a GP and given full custody of their son. Simon is forbidden from contacting them.

● Mothers can’t cope with the idea that the child prefers the dad.

Gemma’s son tells her that he prefers his dad, as he spends time with him, while she is always working. The moment the boy makes this confession to Gemma, she flips from impulsive and unreasonable behaviour (driving into a field, apparently with no destination in mind) to hatching a calculated plot to destroy Simon. It is at this point that she is seen menacingly taking out her scissors from her bag.

So another message of Doctor Foster is that mothers – even those who apparently don’t engage with their children – get really angry if they find out their children prefer their fathers and may even take extreme revenge.

Gemma’s case implies that a woman can be professionally irresponsible and even be hated by the child, but despite all this, she will still win custody and the father will be demonised.

Of course there is nothing to suggest Bartlett is making a universal claim about women. Doctor Foster could, after all, be seen as a one-off case of a woman reacting disproportionately to her husband’s infidelity.

Gemma’s behaviour, especially her professional indiscretions, stretches belief throughout. It begins with her paying off a patient with drugs, to act as her personal spy. She later persuades a GP colleague to let her treat her husband’s girlfriend, then breaks patient confidentiality by announcing at a dinner party that the girlfriend had an abortion. Finally – and horrifically – Gemma leads her husband to believe that she has killed their son.

Regardless of whether you think Gemma’s outrage at Simon’s infidelity is justified, it is clear that she has crossed several lines, both professionally and personally.

This is a portrait of a woman in need of help for her distress. Yet this issue is barely addressed and when it is, it’s often in ways that serve to sideline her. For example, Gemma’s colleagues become wary and collaborate with the GMC to have her temporarily barred from practicing medicine; they also try to push her into relationship counselling, but no one person fully understands the sum of Gemma’s problematic behaviour. Only the audience has this perspective.

To the audience, the injustice of the situation is made plain: Gemma’s retribution is disproportionate to Simon’s crime.

Despite this, Gemma ends the series restored to her former positions of responsibility: in the eyes of the law and society, she is a ‘respectable’ mother and doctor, while Simon is banished to London with his girlfriend, Kate (Jodie Comer), unable to contact his son.

None of this is problematic per se; drama is a time-honoured format for dealing with the sticky questions of human behaviour, and Bartlett is adept at doing so. But the way the series wraps up in 10 minutes is carelessly – or perhaps deliberately – provocative in the implications it creates.

Up to the moment with the scissors, Gemma could be interpreted as a woman distraught by Simon’s betrayal – lashing out at everyone (first Simon and his girlfriend’s family, then the neighbours, whose marriage she tries to destroy). But the neat 10 minute epilogue leads the audience to another interpretation.

After the dramatic finale in the kitchen, the series wraps up neatly in what is, in effect, an epilogue. We’ve moved on several months and Gemma is seen calmly sitting with her son at a cafe table, while Simon climbs into a car to leave for London. We learn that he is barred from contacting them.

The omission of any sign of remorse in Gemma has to be seen as a deliberate move by Bartlett. It eliminates the interpretation of Gemma (on the day of the kitchen scene) as a victim of her own distress. It also suggests that Gemma whisking their son away from school in the middle of the day, along with tricking Simon into thinking she had killed him, were not the continuation of a spiral of despair, but in fact a calculated ploy to gain full custody.

As menacing as this suggestion is, we can still read Gemma’s story as an isolated case. No doubt there are similarly unjustly treated fathers whose stories could be told. However, my main beef with the series finale is the way it hands abusers a justification for violence that is remarkably easy in a society that stigmatises mental illness: “She pushed me to the edge”, “You don’t see her when she’s being a crazy bitch”, “She went totally mental.” All these are ways an audience could imagine Simon describing the climax in the kitchen and are also excuses used by men who physically abuse women in real life.

Bartlett may well have felt it necessary to present the father’s side of the story, but in a culture in which justice for domestic violence victims is hard to come by, I can’t help feeling this ending is either a deliberate challenge to the justice system or downright careless.

By painting a picture of a woman who can deliberately provoke her partner into violence for her own legal ends, Bartlett is – whether unwittingly or not – perpetuating a dangerous stereotype.

The risk is that, instead of seeing their behaviour challenged, an abuser watching Doctor Foster would see an apology for their own violence within it.

Whatever its intentions, this show has, in effect, ended up perpetuating the old stereotype that women are at heart unstable and unpredictable, yet can be calculating in their provocation of male violence.