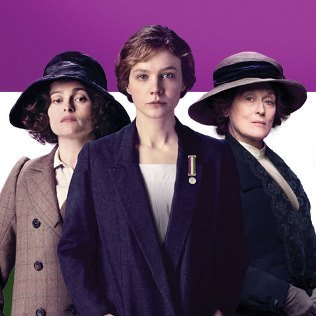 See Suffragette with other The F-Word readers!

We’re giving away tickets to a special The F-Word screening of Suffragette, in partnership with Vue

The F-Word has teamed up with Vue Cinemas to host a special free screening of Suffragette, the story of the founding members of the British women’s suffrage movement. Written by Abi Morgan and starring Carey Mulligan, Meryl Streep and Helena Bonham Carter, the film tells the story of a working mother whose life is forever changed when she is secretly recruited to join the UK’s growing suffragette movement. 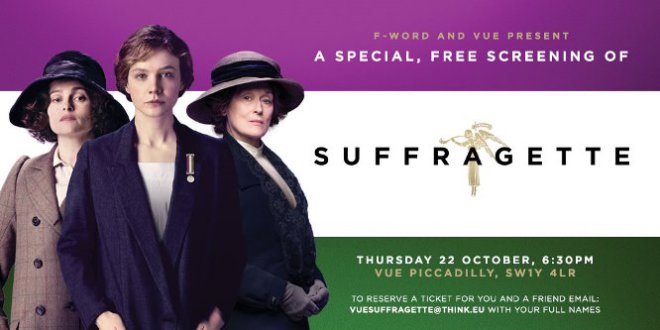 If you didn’t make it to the film’s London Film Festival premiere, followed by Sisters Uncut’s protest on the red carpet, but perhaps got inspired by our coverage of a special Suffrajitsu workshop, join us for the screening next Thursday.

We have 50 seats exclusively for The F-Word readers, for a screening on Thursday 22 October at 6:30pm.

It’s first come first served: to secure your tickets please email vuesuffragette@think.eu with your full names (you can include up to two names per email).