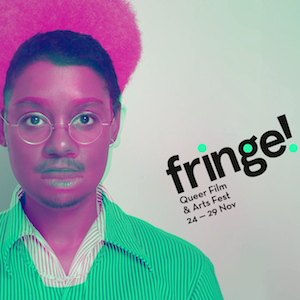 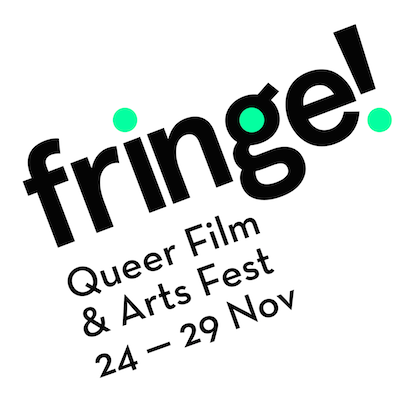 Fabulous Fringe! Queer Film & Arts Fest is back in East London venues 24-29 November, with this year’s programme filled to the brim: you can still book your tickets, there are some left.

Excitingly, I got a chance to interview Sekiya Dorsett (alas over email only), director of the documentary Women and the Word: The Revival Movie showing at the fest. The film follows the team of The Revival Tour: a salon-style poetry tour of queer women artists of colour that in October 2012 toured Brooklyn, Toronto, Detroit, Oberlin, Chicago, Atlanta, Durham, and Washington, D.C.

Born in Nassau, Bahamas, Sekiya Dorsett is a queer filmmaker giving voice to issues of equality. She debuted in 2008 with a short experimental film Wisdom and Understanding, and her later online project The Rainbow Collective merged race, gender, religion and pop culture. She has created work for LOGO TV and NBC Universal.

How did you start making films?
I am a queer woman from the Bahamas. When I moved to NYC after school, I felt very lonely. I had a partner but not a large community of black lesbian friends. There was something out of place about being here and I started to look for community. I was documenting a now defunct female art duo The Agytators and they invited me to an event which they were a part of and I went in the dead of night in Brooklyn to a small apartment. It was just illuminated by candles and there was incense burning. It was called Black Church Maraca, one of Jade’s first iterations of The Revival. There was a poetry performance and drumming. It was a magical experience. After that, Jade and I kept in touch. I started making films because I wanted to add my own stories to the world. A world which doesn’t show us often enough.

How did you become the documentarist of the tour?
Jade approached me in 2010 and I decided to go on the road to try to check it out. I only went to two cities but from those two cities, there was a magic. Firstly, I had never seen so many queer women of color together in one room talking, laughing and making community. This wasn’t a bar/club. They weren’t all posing, they were really connecting. I met so many women and I decided that the next year, I would go. The footage was instrumental in getting the first Kickstarter launched to support the tour for 2012. 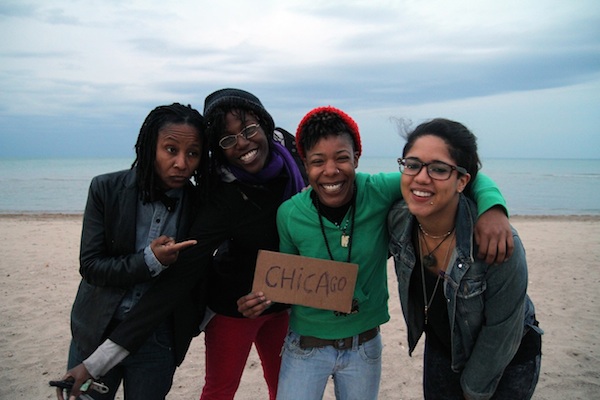 Why did you decide not to show yourself in the film? Did you feel part of the team despite being only behind the camera?
I think that being on camera would have taken away from the characters and I wanted to present them; presenting myself would have taken too much time. But I am a part of every moment. I really had a hard time separating myself at some points because I wasn’t just observing, everyone kept talking to me and interacting with me. But I think it helped add to the intimacy that the film ultimately captured.

I think the camera becomes its own character because most times there is a voice asking something or someone is talking directly into it which adds another layer to the storytelling experience. The camera is present and at all times it is seeing both sides of the presentation. You have the performance but also what they are going through, these layers that the camera keeps peeling away. That is why I love being a filmmaker. With movie making you also get to be a part of history. Years from now, I hope someone will come across this movie and relive this moment in time. The first queer movie I saw, The Incredibly True Adventure of Two Girls in Love (I have the VHS to this day!) helped me understand myself and the experience of being a queer woman. I want to be that for someone else and I want to add my story to the collection of stories that change the world for someone else.

What was the audiences’ reaction so far? How are you feeling about showing the film in London?
Every audience so far has seen a different film. It has been positive and I think this new cut really pulls everyone’s notes together so far. I am really excited about showing the film in London. My stepfather, now deceased, is English and I spent lots of summers in Brighton and Rugby so I almost feel like I am showing it to friends and family. I just wish I were there to go and have some steak and kidney pie after the film, or a shandy. Next time.

Our friends from the Fringe! team are offering The F-Word readers two pairs of tickets for the Sunday 29 November screenings of WOMEN AND THE WORD and KUMU HINA. First come first served, please email film[at]thefword.org.uk indicating which one you’re interested in. See you at Fringe!

Both images courtesy of Fringe! First is the festival’s logo, black lettering on white background reading “fringe! Queer Film & Arts Fest 24-29 Nov”. Second is a still from Women and the Word doc, it shows four women of colour standing next to each other, hugging, on the beach (fully clothed, it seems autumnal). One of them is holding a piece of cardboard with “CHICAGO” scribbled on it.They’re laughing.