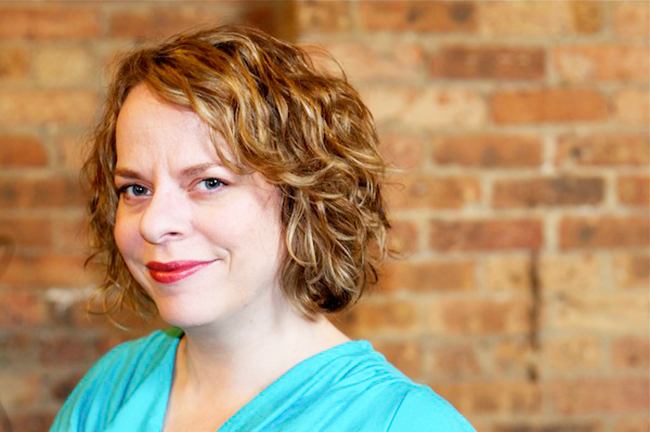 Never asking for it 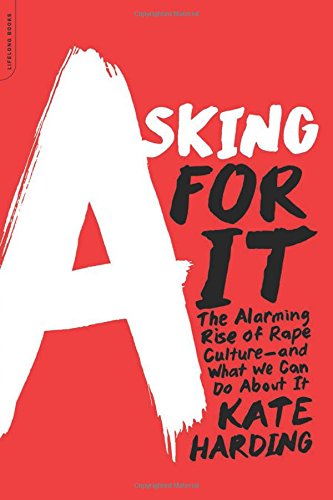 Kate Harding is one of those people who I wish I was friends with IRL so she could come over for dinner and I could reply to everything pithy and wise she says with an enthusiastic “I KNOW!” while topping up her wine glass. I was a regular and avid reader of her feminist and HAES blog Shapely Prose until she shut up shop in 2010, and I’m always happy to see her print and online journalism. Her feminism is loud, proud and intersectional, and her writing is smart and amusing.

All of which is to say that I had high expectations starting her new book, Asking for It: The Alarming Rise of Rape Culture and What We Can Do About It, and that I was not disappointed. The book is a precise, in-depth, passionate and informed look at rape culture, exploring the ways it is manifest in everything from the justice system to the media. It both explains exactly how rape myths are perpetuated and celebrates the ways in which feminists are succeeding in the fight for real change.

This kind of writing is utterly necessary – though Harding writes from a North American perspective, she doesn’t neglect the scourge of rape worldwide and of course the UK is just as entrenched in rape culture; just check out The F-word archives.

It’s not just the topic and the information presented which is so necessary; Harding’s accessible, smart voice is just the right company for this heart-breaking material. She doesn’t shy away from difficult discussions around subjects made complex by the array of oppression and damaging cultural and social influences at work, she is angry where rage is due, and respectful and sensitive when discussing some of the rape case studies she presents to illustrate her discussion.

The book’s introduction illustrates its core purpose – to place the blame for rape squarely where it belongs: on the rapist. Without caveat. The chapters that follow relentlessly show how culturally and legally rape is still tied to views about women’s sexuality and ‘moral’ behaviour, male/class/race privilege and the poisonous expectations of masculinity that dehumanise women and demand violence of men.

Harding starts with the basics – naming and methodically ripping apart the rape myths that our culture feeds us so relentlessly that many of us internalise the message without even realising it, leading to victim blaming and giving a free pass for rapists to rape again. Rape is horribly common: in the US one in five women and one in 71 men will be raped in their lifetime; in the UK, one in five women between 16 and 59 experienced some form of sexual violence since the age of 16. Anything that puts the blame on the victim, and suggests that it’s not a real or significant problem, needs to be shot down so that we can get to the critical business of ending this epidemic.

While Harding consistently makes clear that women are not the only victims of rape, nor men the only perpetrators, rape culture is deeply entrenched in a gender binary culture which punishes the ‘weakness’ of femininity and values the ‘strength’ of masculinity. She shows how, living with these gendered expectations, women are burdened with the task of defending themselves from the ever-present threat of rape, as if by adhering to some magical combination of behaviours she’ll be able to avoid ‘tempting’ a rapist. Men are fed the story about “good girls and sluts”, while being held to a standard of aggressive masculinity that demands “conspicuous heterosexuality and rejection of all things queer” and rewards those who seem to be both sexually successful and cavalier in their treatment of those they have sex with. She describes in detail how this affects behaviour, particularly in adolescents, and the most effective ways of fighting this damaging culture.

Harding uses the discussion of false reporting to segue into a breakdown of how rape is mismanaged in the legal system. Her points on why and how people make false accusations is fascinating, and she is excellent on showing how these rare occasions are themselves perpetuated by social expectations and stereotypes. These false reports aren’t by women out for revenge, but symptoms of other issues, from domestic abuse to racial tensions.

Harding’s discussions of how rape is handled by police, the courts and the military are by turns incredibly depressing and somewhat hopeful. Harding reveals the terrible statistic that some working police officers believe that 100% of rape reports are false, which suggests they subscribe to the bizarre belief that rape is in some way impossible. While many front-line people are deeply aware of what rape really looks like, they are also painfully clear on what can be successfully prosecuted. Because juries are fed the same rape myths as everyone else, they’re just as susceptible to fallacies about rape being in some sense due to behaviour of the victim, rather than an action of the rapist.
Harding is also incisive on pointing out the political motivations for downplaying rape by changing how it’s recorded: ignoring the problem rather than fixing it. Rape reporting is particularly problematic in the military, where because of the strict hierarchy it’s often the case that the rapist is in a position to punish his victim for any report she may be brave enough to make.

Harding takes apart one argument that often comes up in relation to accusations of rape and sexual assault from people who are claiming to be “fair” or “objective”: the presumption of innocence. This is a pet peeve of mine, for all of the reasons Harding so eloquently enumerates. The problem with redefining the “defendants’ legal right to the presumption of innocence as a moral obligation for all society” is that “automatically offering the accused the benefit of the doubt means automatically denying it to the purported victim.” She also sharply notes that this often means people act “as though there is no objective answer to ‘did he do it?’ until the trial is over. As though the people accused of crimes are literally ‘innocent until proven guilty’.” This is victim blaming at its most fundamental.

As she concludes on this point, and what I would like to see etched into the moon for all to see every day “when you hear that one person has accused another of rape, you most certainly are allowed to use your own reason, judgment, and lifetime’s worth of accumulated social skills to determine whether you believe what the accused is saying…You have every legal and moral right to decide what you think happened, even before there’s an official verdict.” I would like to add that this applies even when things aren’t brought to trial. If someone tells me they were raped or assaulted by someone, but they don’t want to go through the nightmare of a court case, I am perfectly capable of taking their side. I can make moral judgments without the benefit of trained lawyers and judges; if there is one thing the legal history of every country demonstrates, it is that mistakes are made. Racism, sexism, and homophobia have resulted in gross miscarriages of justice in (in)famous cases around the world. It can absolutely be fair to disagree with the judgments they made; the system is designed to constantly challenge previous judgments.

Harding then moves on to the media – music, television, films, etc. – and the ways in which they reflect, endorse, and sometimes break out of the stereotypical views of rape, rapists, and rape victims. The way news media report rape is often highly problematic – Harding shows case after case that journalists and pundits treat children who are victims of rape and abuse as if they were some kind of seducer or enjoying skipping school. She takes apart the ways in which people leap to the defence of people like Roman Polanski, who admitted guilt to drugging and raping someone who was 13, and then fled the country yet continued to work successfully in his field despite everyone knowing about his behaviour. She itemises the ways the coverage of Julian Assange’s rape cases lean on mistranslation (“sex by surprise” is a bad translation of a Swedish phrase for rape) and the myth that consent is a one-time-only occurrence; as if by agreeing to have sex with someone once under particular conditions means you will accept and all subsequent offers.

She particularly hits home using the media’s irresponsible and damaging inability to understand and represent consent – someone unconscious cannot consent, someone asleep cannot consent. To have sex with someone who is incapable of consenting is rape. She also challenges the ways in which rape is undermined by programmes and films that play it for laughs or as a plot device.

The internet is the last and certainly not least of the grim worlds Harding exposes. She looks at trolling, doxxing, the toxic MRA/PUA communities, and shows how they are all related to the same hideous misogyny, and deeply linked to domestic abuse and rape culture.

Harding wraps up her book by talking about all of the amazing ways in which people are fighting rape culture. Students holding their universities responsible for keeping them safe and legislation that enshrines affirmative consent (which, as she wryly notes, is something decent people do without being told); there are profound reasons for hope.

It’s still a fight, but strides are being made, and Harding’s book is a part of this ongoing change. By analysing the sources of rape culture, criticizing it, and demonstrating how individuals, institutions, and the media can do better, we move forward.

If you are a victim or rape or abuse – please visit:

You can buy Kate’s book here.

First picture is the cover of Kate Harding’s book. It’s red and has a big white “A” in “Asking”. Lettering reads: “Asking for It: The Alarming Rise of Rape Culture–and What We Can Do about It. Kate Harding”, it’s taken from amazon.co.uk, used with the publisher’s permission.
Second picture is portrait of Kate Harding. It shows a woman with short light brown wavy hair, blue eyes, wearing a red lipstick, smiling. She’s wearing a blue top too and is photographed against brownish brick wall. Courtesy of Da Capo Press.

Check out The F-Word’s Gemma’s review of the fiction book with the same title, by Louise O’Neill.

This post was updated on 5 November, a portrait of Kate Harding and its description added. – Ania