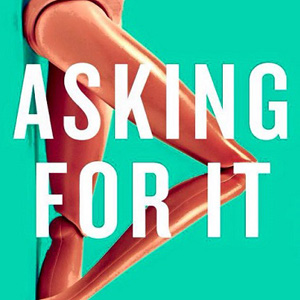 Is this the most important book of 2015? 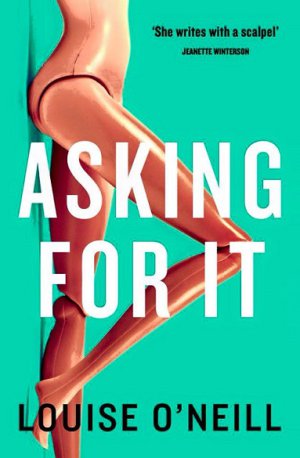 “They are all innocent until proven guilty. But not me. I am a liar until I am proven honest.”

Eighteen-year-old Emma O’Donovan is beautiful, confident and seems to have the world — and all the boys — at her feet. One summer night in her small Irish hometown she heads off to a house party where she plans to drink and have fun with her friends, and hopefully catch the attention of one of the local football heroes.

The next day she wakes slumped in her front porch, in pain, and with no memory of what took place the night before. But as explicit images start to appear on social media of Emma engaging in sexual acts with a group of boys, she, her family and the town of Ballinatoom are forced to confront some difficult questions. Can you really consent if you’re intoxicated? Was Emma “asking for it” by dressing and behaving provocatively? And does it even matter what happened to you if you can’t remember?

Even Emma’s own friends doubt her story. (“You know I’m on your side, right?… I was just asking if it was, like, rape rape.”)

Louise O’Neill doesn’t allow the reader to witness Emma’s assault (the sole small mercy she grants) so we are left just as unclear about what happened that night as Emma herself. The first half of the book details the events leading up to the party while the second leaps forward a year, when Emma is pursuing a legal case against the boys — and suffering the consequences of speaking out.

Her parents believe they have raised Emma to be “a good girl” but her active sex life and drinking habits affect how the people of Ballinatoom view her and her culpability. Many see her actions as a selfish attempt to ruin the lives of the town’s sporting heroes, and her inbox is constantly flooded with insults and threats. “No one forced the drink down her throat, or made her take shit,” says one local girl. “And what guy was going to say no if it was handed to him on a plate?” Even Emma’s own friends doubt her story. (“You know I’m on your side, right?… I was just asking if it was, like, rape rape.”)

What complicates things even further is that Emma’s friends and schoolmates may well find something almost karmic in Emma’s very public fall from grace. O’Neill has deliberately avoided creating the angelic image of a ‘perfect victim’ in Emma O’Donovan, instead giving us a realistic, complex and sometimes downright unpleasant teenage girl.

Emma is almost sociopathically calculated in her behaviour; she smiles and compliments other girls only to ensure that they will think “how it’s amazing that I can still be so down to earth when I look the way I do”. She constantly assesses her circle of friends, reassuring herself that none of them is prettier than her. She’d never try it on with Maggie’s boyfriend “but it’s always nice to see if I could”, and manages to justify stealing from well-off but less attractive Ali, whose lifestyle she feels she deserves more. She even dismisses her friend Jamie’s distress at being assaulted herself, telling her “it’s easier not to make a fuss.”

But it gradually becomes clear that this arrogance is just another front, another act. Immensely vulnerable beneath the veneer, Emma needs the world to recognise her attractiveness because she fears she has nothing else to offer. She is still haunted by an overheard comment from a boy years earlier: “Emma O’Donovan is hot… but she’s boring as fuck.” Her every thought and action around other girls is how to outshine them; her every thought and action around boys is how to avoid rejection. (The one sex scene we do see, in which Emma is unwillling and uncomfortable but goes through with it anyway, is likely to ring alarmingly true for many women.)

Internalised sexism dominates Emma’s entire worldview and affects almost all her relationships. She is constantly reminded how important female beauty is and how easily young women can be viewed as nothing but decorative commodities. We barely get to the second page before her mother is criticising her posture and telling her she looks “bloated”. When a stylist suggests Jamie should try modelling, it’s because “Asian girls are so on trend this season”. There are distinct echoes here of O’Neill’s debut, Only Ever Yours, in which girls are created in laboratories and raised only to be beautiful and subservient.

On the surface Asking For It is a far more conventional story, lacking Only Ever Yours’ high-concept freshness, but it is striking how well the two novels inform and complement one another. Only Ever Yours could be a nightmare conjured up by Emma’s traumatised mind in a sleeping pill delirium as she repeats, “I am no longer Emma O’Donovan… my body is no longer my own”. By the final lines of Asking For It, that terrifying misogynist dystopia feels all the more plausible.

O’Neill’s writing infects, inches its way under your skin, assaults you with tiny, relentless pinpricks. By the end of a Louise O’Neill novel you need someone to sit you down in a quiet room with a cup of tea and tell you everything is going to be OK

Asking For It is thin on plot, focusing mainly on what’s going on inside Emma’s head, but there is more than enough there to grip the reader. Like Only Ever Yours it is a harrowing study of a mind unravelling and does not flinch from any painful detail. We are right alongside Emma throughout: each time images of her rape flash into her head unbidden (“I am pink flesh. I am splayed legs.”) we hurt for her and with her.

O’Neill has a real knack for creating a palpable sense of claustrophobia. She did it with the close confines of the School in Only Ever Yours and she does it with equal skill here, first with the oppressive summer heat, then later trapping the reader inside the harsh prison Emma’s mind has become. We are privy to every intrusive thought Emma has; images and vicious comments playing on a neverending loop, eroding her sanity and her will to carry on. Everything is a trigger. Every word is a reminder. Nowhere, nothing, no one is safe.

O’Neill’s writing infects, inches its way under your skin, assaults you with tiny, relentless pinpricks. By the end of a Louise O’Neill novel you need someone to sit you down in a quiet room with a cup of tea and tell you everything is going to be OK.

In my review of Only Ever Yours I wrote that O’Neill “holds up a dark mirror to our own world”, but this time the image is a much clearer reflection. This is, after all, a world where terms like “legitimate rape” are tossed around by men in positions of power, and Pretenders frontwoman Chrissie Hynde refers to herself as “the poster girl for feminism” in the same Sunday Times interview in which she states, “If I’m walking around in my underwear and I’m drunk? Who else’s fault can it be?”

Indeed, Asking For It was inspired by the real-life, and now infamous, Steubenville rape case in Ohio, in which a teenage girl, incapacitated by alcohol, was raped by two boys who shared images of the assault on social media. And, as Emma is branded “Ballinatoom Girl” by the media within the novel, you can’t help but think of “Slane Girl” or “Magaluf Girl” — faceless, nameless young women publicly shamed for their ‘promiscuous’ behaviour — and how a measure ostensibly taken to protect a victim’s identity makes it so much easier for strangers online to ridicule and abuse her while feeling no guilt.

There may well be readers of Asking For It who sympathise with the boys and hold Emma fully responsible for her rape. There may be readers who do not consider what happens to Emma to be rape at all. Reactions to the book are likely to raise challenging questions and provoke heated debate (in other words, it’s all going to kick off on Twitter).

Like Only Ever Yours before it, Asking For It is not only skillfully written and shocking but necessary and important, arguably the most important book to be released this year. It’s a book we should all be talking about… even if the conversation turns ugly.

Asking For It is available to buy now, published by Quercus.