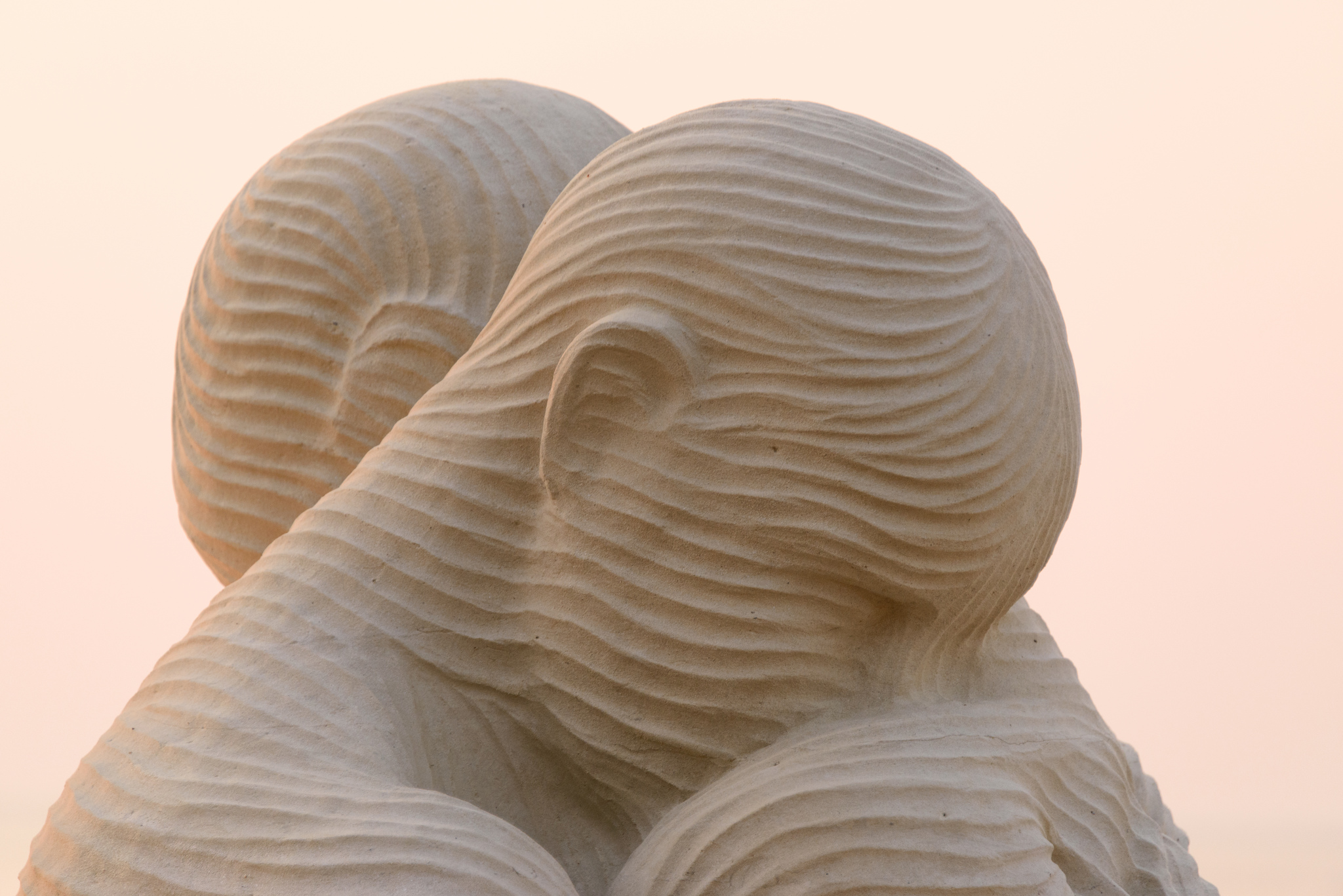 An image of a sand sculpture depicting two figures leaning against one another's shoulders.

We could all benefit from learning about consent 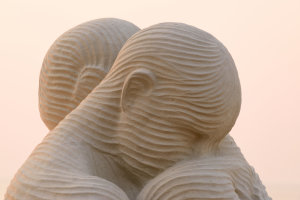 It can be immensely gratifying when a little one states, “But I do want to because I like you!” But of course, they don’t always and that’s fine too. It’s great when a beloved child bounds up to me with a huge smile and open arms. Second prize is a wave. The clumsy face-smear of a reluctant toddler isn’t any kind of prize at all.

Yet from infancy, we receive mixed messages about consent. There are lots of things children rightly have no choice about, but we still tell them that their bodies are their own. They needn’t let people touch it in anyway they don’t feel comfortable with. Except sometimes. They should only touch other people because that’s what they both really want. But sometimes it would be rude not to.

As a child, I was also taught that saying No when someone asked for something was the height of rudeness. The biggest trouble I ever got into at primary school was when a teacher asked me to put her dirty dinner tray away and I said I didn’t want to (because I didn’t know where to take it and was scared of messing up). I’m sure children of all genders get some of that, but I think No is particularly unacceptable in little girls, who are taught to be ever-obliging and accommodating to others.

So whether being asked on a date or offered a slice of chocolate and celery cake, we learn to use other words to soften the refusal. These words are absolutely crystal clear; Thank you, but I’m so busy just now. That looks amazing but I’ve just eaten. These things are not ambiguous.

And yet, in a very narrow set of circumstances, which most likely involves someone you know, circumstances where you’re liable to freeze in shock and terror, you’re not only allowed to say No but obliged to scream No and fight back.

There have been many clever and undoubtedly useful attempts to describe sexual consent in a non-sexual way, such as Alli Kirkham’s cartoons and Rockstar Dinosaur Pirate Princesss’s tea analogy which has inspired a video now promoted by the CPS.

The trouble is, people do override one another’s non-sexual wishes. Disabled people and others who are considered vulnerable routinely have their wishes ignored, often for what is perceived to be for our own good. Friends, family and even strangers take hold of occupied wheelchairs and move us about without asking. I once listened in horror to a friend describe driving his autistic sister to a cafe for lunch, but refusing to tell her where they were going. “She insists on knowing the exact plan all the time,” my friend complained, “She needs to lighten up, so I said, ‘Tough. It’s a surprise.’ And she completely lost it!”

Most people don’t do these things most of the time. Most of us really don’t need to be taught not to rape, as one student recently put it. Not that because – as the young man claimed – we love consent, but because we are horrified at the idea of doing something sexual which isn’t wholly welcome.

However, cultural ideas about consent are muddy enough for us to feel confused and conflicted about other people’s actions. Sex in movies almost always erupts spontaneously, without much interaction, let alone verbal discussion. Journalists ask whether you need permission to kiss someone, and there are apps which claim to record sexual consent, as if that’s about one moment in time. When Julian Assange was accused of penetrating an unconscious person – unable to make a decision, let alone indicate her wishes – there was a national debate about whether this was rape or bad manners.

This doesn’t mean you or I, exposed to such a culture, will then look at a lovely sexy person who happens to be drunk as a skunk and think, “Here’s my chance!” but when we hear that someone else committed rape in these circumstances, culture tells us they were succumbing to temptation. You and I don’t find ourselves in a situation where an enthusiastic lover changes their mind, has a medical event, falls asleep or receives an important phone call and we think, “Well they wanted it before so I guess I’ll go ahead!” and yet our culture tells us that someone who is flirtatious, let alone someone who gets into bed with another person, cannot be seen as an innocent party in anything that happens next.

Our culture tells us all this, and while our own behaviour may be impeccable, we are conditioned to have lower expectations of others. Even victims often struggle to identify what has happened to them as rape because they’re used to others treating their boundaries as flexible, their wishes as negotiable. Rapists use all this to justify their own behaviour to themselves and others.

All of which, of course, encourages rapists, allowing them to continue and evade justice.

Of course, things like consent classes in universities or the work that End Violence Against Women and Rape Crisis South London are now promoting to schools will benefit everyone. Everyone can benefit from better communication around sex, hopefully gaining the confidence to assert one’s own particular desires. However, it should also help to change a culture which makes consent, and thus sexual violence, seem far more complicated than it really is.

[Image is a photograph of a head, made out of sand, leaning against the shoulder of another figure made out of sand. The sand is ridged, the face obscured and there is no depiction of hair or clothing. The photograph is by Eric Kilby, can be found on Flickr and is used under a Creative Commons license. The original sculpture was called “Imprinted” by the sculptor Sue McGrew and was part of the Revere Beach Sand Sculpting Competition 2013.]