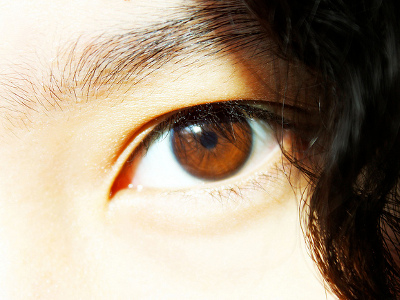 Why there aren’t any straight women

This is one for the ‘straight’ ladies out there. Why the scare quotes? Well, a study has recently found that, in the words of The Independent, women are “never straight”.

That’s right: you, as a self-aware, cognisant human may be labelling yourself as heterosexual, but your fanciful masquerade has been uncovered by Dr Rieger from the University of Essex, whose groundbreaking research unequivocally proves that life really is like The L Word promised.

In brief (or sexy lingerie), in the study, of the women who identified as straight, 74% were strongly sexually aroused when they were shown videos of “both attractive men and attractive women”. Arousal was measured by a few indicators, including pupil dilation.

I have some thoughts on this.

Let’s assume for the sake of argument that the measures of arousal are sound (because it will make this post a more manageable length, not because I have nothing to say about it…). Is it actually the case that being aroused by an image or scene of a woman means that you can’t be straight? What if you’re aroused by some women but have no desire to be sexually or romantically involved with one? What if you’re not even consciously aroused by women? What if, I don’t know, you’re defining yourself as straight because that’s how you personally feel about your own sexual identity?

I strongly suspect there are women and men who, in different circumstances, might identify differently. Statistics around sexual orientation are almost impossible to interpret, because as long as they have been collected, there has been societal homo- and biphobia that inevitably lead to reticence to discuss or reveal sexual orientations that don’t fit the straight expectations. There are probably some women who might identify as bisexual or gay but who haven’t ever met another woman who turns them on, or for whom the idea is so unacceptable that they haven’t engaged with it. I certainly would prefer a world where everybody could feel comfortable in any sexual identity and believe it’s likely that in that world, we would see more people identify unheterosexually.

But I think there is a more obvious explanation for the reason why this study has thrown up this result. Women are very accustomed to seeing women as objects of desire. Welcome to the male gaze.

So much of the media we consume assumes a heterosexual male perspective – a very generic, macho kind that is pretty unrepresentative of a lot of men, but nonetheless is built on the assumption that the viewer is sexually attracted to women. Films, ads, video games, TV shows: again and again women’s bodies are lingered over, uncovered, overtly lusted over in a way that barely ever happens with men. On the rare occasions it does, it is done in a way that is exclusively marketed towards women or occasionally gay and bi men – it’s a niche, a novelty, whereas women’s bodies are mass market.

I wouldn’t find it at all surprising if a lot of women are aroused by other women, even those who would consider themselves completely heterosexual. Women are those we are taught to be aroused by. That doesn’t mean we are “never straight”; it means that our bodies react in a way that is coherent with a lifetime of conditioning. It’s telling, I think, that it is specified that the women are “attractive”. What does that word mean? It’s such a subjective categorisation that presumably it means “conventionally attractive”, by the standards of the media, the type of women who are exactly those we are continually instructed are sexy and stimulating.

This sort of story frustrates me because it misses the point. Instead, it becomes about labels and denial of identity. Generally, I want to be enthusiastic about research around sexuality, because there’s so much that isn’t understood, but just as I’m furious when I hear people deny bisexuality, I’m exasperated to see straight women be told they are getting it wrong. (Also, I can’t help but feel the story itself is an example of the male gaze at work; there’s something about a headline suggesting that all women want to fuck other women that really speaks to Mr Generic Straight Man.)

Our aims should be, surely, to do as much as we can to make the world a welcoming and comfortable place to be who we truly are; part of that entails accepting that imposing identity and labels is an antithesis to this.

The photo is by Gabriela Serrano and is used under a creative commons licence. It shows a close up of somebody’s eye, with dark wavy hair falling slightly over it.