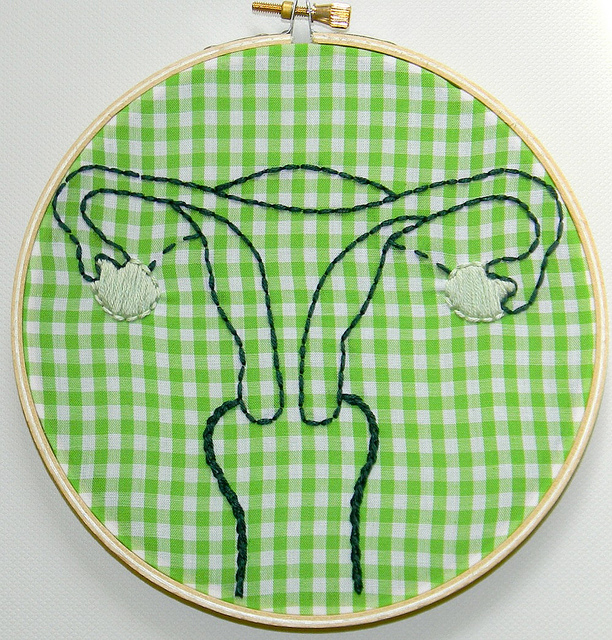 All I want for Christmas is liberation from the capitalist patriarchy

Last year for Christmas, I got a make-up set from a well-meaning family member. The slogan was, in big, red letters, “empower yourself”. I was genuinely grateful for the gift — God knows I’ve used the set to doll myself up for parties many times — but something about the “empower yourself” marketing bothered me.

After a bit of thinking, I was able to put my finger on it. As a feminist, I’ve always had a child-with-her-hand-caught-in-the-cookie-jar feeling about wearing make-up: something I know I am against, but do anyway, with a hint of guilt, hoping none of my friends see the numerous tubes and bottles of paint hidden away in my bathroom. Sometimes, I reason, I just want to look “good”, even if this definition of “good” stems from societally dictated standards of beauty. The “empower yourself” collection seemed to almost work as a “get out of jail free” card for this guilty feeling: if I re-embraced make-up as empowering, I was making a feminist statement. It seemed like a sneaky way for the company to both assuage my critiques and co-opt feminist rhetoric.

At the time, I wrote off the branding of the product as a one-off and largely forgot about the experience. But since last year, the internet has exploded with gift guides and listicles for feminists that use similar language: Buzzfeed, The Huffington Post, Ms. Magazine. Hell, even the Torygraph published a list of holiday suggestions for that pesky equality-fighter at your Christmas table. The gifts that made the list are largely kitsch-y fashion statements: pink, flowery pillows with “fuck the patriarchy” written on them. “Feminist killjoy” pins with sugar hearts. A tea mug with “male tears” emblazoned on it in “girly” cursive. On none was there any genuine feminist theory: no bell hooks, no Andrea Dworkin. No Audre Lorde or Sojourner Truth.

These gifts were all a bit twee. All were cashing in on this post-modernist idea of being “ironic”. But the issue with irony is that it’s in the eye of the beholder: while I may be baking cupcakes and wearing my retro 50s makeup with a hint of sarcasm, the average viewer will most likely view these things as being in earnest. They’ll see a person who dresses femininely and embraces stereotypically feminine activities like cooking. The issue here lies not with the activity (making cupcakes is great!) but rather the fact it can rebranded as feminism if a cheeky wink to the audience is added. Irony has, in many ways, become the rhetoric of compliance.

I wonder how feminism has gotten to this twee stage and I wonder whether this is largely a reaction to the still-persisting stereotype that feminists are man-hating, hairy lesbians. A “male tears” mug is sassy rather than angry: it contains no threat to radically redistribute power imbalances in society. An “empower me” make-up set holds no genuine potential to abolish the constraints of femininity on young women. To an extent, these products declaw feminism from a political movement to a fashion statement. I wonder why other liberation movements haven’t faced the same commodification. Why there is no market for a “this is what a socialist looks like” shirts, or flowery ‘black power’ mugs?

Radical left movements and racial equality movements are confident they are not cute, or twee, or kitsch. Feminism isn’t cute, and should question itself when corporations reduce it to “girl power” or “empowerment” (a largely white, middle class definition of the movement). Feminism is a political ideology which fights FGM, child marriage, rape-as-a-war-tactic… We live in a world where two women are killed a week by domestic abuse in England and the average woman still faces structural inequalities. The reduction of our movement to knitted uteruses and pink blankets is not just a shame, but a threat to feminism’s effectiveness.

I say, for the feminist woman in your life, get her an Audre Lorde book or subscription to Ms. Magazine. Because feminism is for life, not just for Christmas.