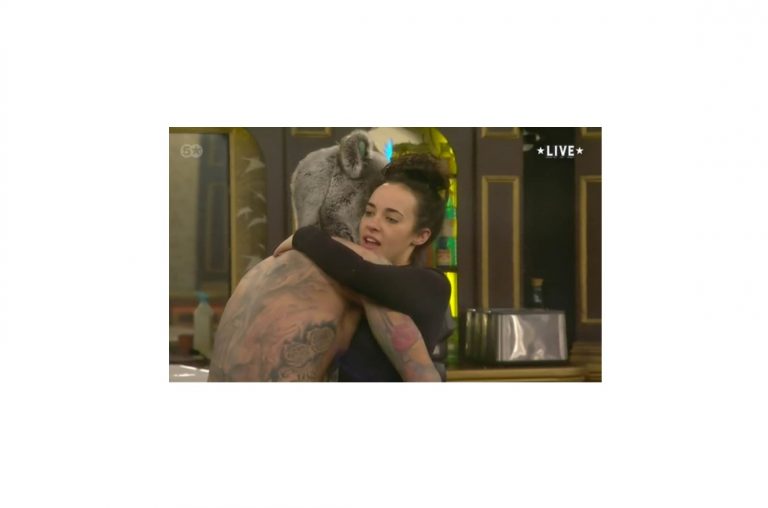 CBB Steph, you’re not a ‘slut’ (whatever that means anyway)

As a child, my literary canon comprised the works of Enid Blyton and Judy Blume, the Sweet Valley High series and News of the World. At the weekend, while my parents read The Sunday Times, I caught up on kiss-and-tells by lingerie clad ladies, who claimed their conquests did it three times a night.

With a complete disregard for when these stories took place, let’s take a non-linear look at the tabloid splashes that shaped my psyche:

This, ladies and gents, is tabloid fodder at its finest. So don’t tell me – a connoisseur of misconduct – that snogging is some sort of scandal. Yet that’s the story we’re being force-fed in the case of Celebrity Big Brother (CBB) contestants Jeremy McConnell and Stephanie Davis, simply because Stephanie had a boyfriend – Sam Reece – before she went into the house.

In McConnell’s exit interview on Friday, Emma Willis adopted her disappointed face and gave him a harder time than former UKIP-er Winston Mckenzie, who asserted that same-sex couples adopting was tantamount to child abuse. At the weekend, I switched on The Saturday Show to hear Gaby Roslin cueing the cameras for a close-up of McConnell with the question: “Do you have a message for Sam? What would you say to Sam if he’s listening now?”

A similar scenario played out on last night’s Big Brother’s Bit on the Side – and in every interview, model McConnell looks shame-faced, saying he knows his behaviour was wrong. In the house, former Hollyoaks actress, Davis, took the self-flagellating baton to say: “I know I’m hated because I’ve got a boyfriend and I’ve done what I’ve done… I’m basically a slut.”

Really? Did either of you have coke fuelled sex romps with strangers while your partner was home looking after the kids? Did either of you do apparently unethical things with a Cadbury’s Flake and a ‘family friend’? And are we really still labelling women ‘sluts’? I thought we were making progress here.

Let’s look at the facts:

For a child of the tabloids, this is a bit of a non-fucking-story. I wouldn’t even rate it PG. I was reading steamier shit about Anthea Turner when I was eight and she was presenting kiddies’ craft show Blue Peter.

That’s where I set the bar for a scandal, CBB. If you want me to bat an eyelid at the housemates’ antics, I suggest you raise your game. Throw in a mountain of marching powder, Lord Sewell in Bet Lynch’s bra and task Darren Day with licking a bath load of custard off Vanessa Feltz. That’s what I call entertainment!

In the meantime, Stephanie and Jeremy should shrug off the desperate efforts to demonise their behaviour and refuse to apologise. Stephanie, you’re not a ‘slut’ – you just moved on.

Samantha Rea is a freelance journalist living in London. Her writing is a disarray of filth, feminism, poker and peccadilloes. She has an MSc in Gender & the Media from the London School of Economics and she’s happiest when she’s sinking into a sofa, drinking an Old Fashioned.

[Image description and credit: Screenshot from Channel 5’s Celebrity Big Brother, showing Stephanie and Jeremy hugging each other in what appears to be the kitchen (possible disinfectant spray visible in background on the left and a toaster on the right). Stephanie wears a black long sleeved top and faces the camera, while Jeremy is topless (revealing elements of his elaborate back and arm tattoos) and wearing a furry hat with large animal ears, with his back to the camera. The Channel 5 star logo is in the top left corner of the picture and ‘LIVE’ is in large white letters, with white stars on either side, on the right.]