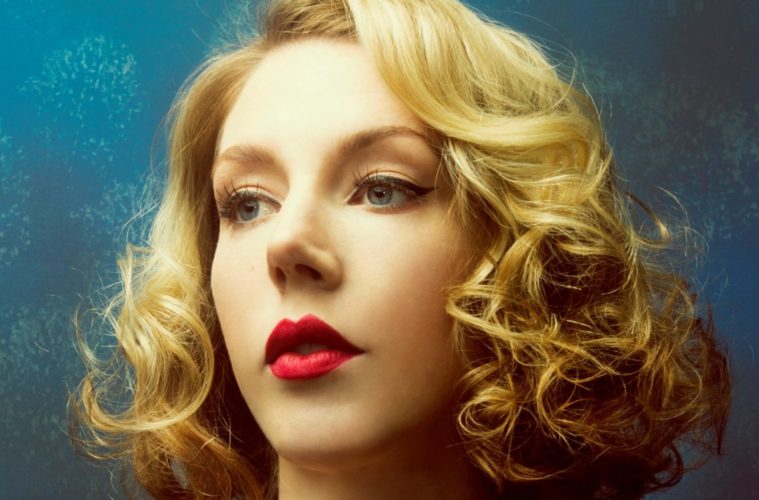 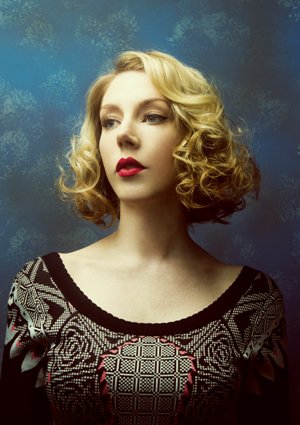 “I’ve heard Katherine Ryan can be a bit mean,” said a friend, upon hearing I was planning to attend one of her live comedy shows. “I’m guessing you heard that from a man?” I asked. She laughed wryly. “How did you know?” With that opinion in mind, I headed to the Epsom Playhouse to attend comedian Katherine Ryan’s new show, Kathbum.

I’m not particularly surprised that certain men would find Ryan to be ‘mean’: she is relentless when skewering rape culture, views on women’s aging and objectification. But during a time when it can feel rage-inducing that it took a male comedian to bring attention to women’s complaints against Bill Cosby, Ryan is able to comment perfectly on the absurdity of Cosby’s sensitivity to questions about rape and sexual assault. “Have you ever raped anyone, madam?” she asks an audience member in the front row. “No? And yet you haven’t gotten up and stormed out. You know who gets upset when asked if they’ve raped anyone? Rapists. Oddly, convicted rapist Mike Tyson really doesn’t like being asked if he’s a rapist.”

The show is a loose collection of Ryan’s thoughts and anecdotes from her life, such as as being mother to a young daughter and dating in her thirties. Ryan has become more recognisable since her last tour, Glam Role Model, due to her prominence on BBC panel shows such as Mock the Week, Never Mind the Buzzcocks, and Have I Got News For You, and there are definitely some new political edges to her comedy, such as her position on the tampon tax. But the show has a similar tone to Glam Role Model; the two would not be out of place as two acts of a particularly lengthy show. Long-time fans will be reassured to know that in her newest show, she remains as focused on pop culture as ever, using Cheryl Fernandez-Versini as the basis for a joke which explores the cultural duality between condemnation of childhood sexual abuse while fetishizing youth in women. Nicki Minaj is a lead-in for the racism of Hollywood award shows and Peter Andre is the butt of a joke about… well, the back catalogue of Peter Andre.

After listening to many male comedians make stale jokes about their controlling wives, it’s nice to be able to feel a click of recognition with jokes about low standards enforced on men in relationships

There has been criticism that Ryan’s comedy can be racially insensitive. It’s certainly valid to note that she comes from a very white, middle class perspective. There is undeniably a level of privilege in being able to describe the difference between your life at 32 and at 25 as simply having more disposable income, as Ryan does in Kathbum. Yet when she does address race, such as in the feud between Taylor Swift and Nicki Minaj, Ryan clearly comes from a perspective of recognising white privilege. It’s never heavy handed, but Ryan clearly acknowledges that Minaj is likely to have experienced plenty of injustice, and subsequent frustration, as a black female artist. Race certainly isn’t as focused a topic as gender (Ryan does at one point, explicitly self identify as a feminist), but when mentioned, Ryan seems to have good instincts as to where the butt of the joke should be: a racist system.

Ryan’s best comedy comes from recognising the humour of her personal experiences, many of which have a broader ring of truth for some women. After listening to many male comedians make stale jokes about their controlling wives, it’s nice to be able to feel a click of recognition with jokes about low standards enforced on men in relationships. If there’s no infidelity or domestic violence, Ryan points out, women are supposed to be grateful to be in the relationship, despite whatever problems the relationship, or man, may have.

Ryan’s comedy is weightiest when she faces her own teenage insecurities: being bullied for being “weird” and feeling like a misfit in her small Canadian town. At one point, she cites a previous controlling, uncomfortable relationship, noting that in the past, she was often afraid to make waves. “I want my daughter to be assertive enough to tell controlling men to fuck off,” she notes, which leads to a round of applause from several young women in the audience.

I find it interesting that Ryan seems the most comfortable when she is addressing teenage girls and discussing the process of transitioning into adulthood. She speaks with an audience member who, ironically, chose not bring along a teenage daughter to the show, expressing disappointment. Ryan is right; this is a show that would be particularly valuable for teenage girls. Ryan has mentioned in interviews that a job at the American restaurant Hooters was part of her journey in becoming more outspoken about objectification ; an intriguing story she has yet to speak about in her comedy but that plenty of young women would be able to relate to.

Ryan has stated in the past that she likes to use celebrity gossip to introduce ideas and that’s demonstrated during Kathbum with the aforementioned joke about Cheryl Fernandez-Versini, highlighting the strange relationship that current society has with youth. She is certainly able to successfully present ideas about feminism in the form of comedy. Is she mean? Not really. But I would say her particular brand of pop culture and feminism make Kathbum a show to which I would definitely take a teenage daughter.

Photo courtesy of Katherine Ryan. It shows Ryan’s head and shoulders against a blue background, she’s staring slightly to the right of the camera with a neutral expression on her face. She has blonde hair and red lipstick.

Nick Beard particularly enjoys comedy by Irish people and feminists, making Katherine Ryan a good fit. Nick's only contribution to comedy herself is making humorous videos of her personal cat comedian, McNulty. Nick and McNulty reside in London, where Nick is a PhD student and McNulty is a champion napper