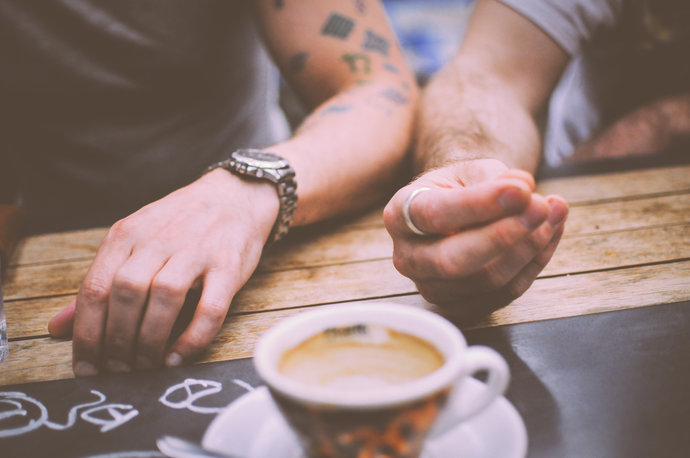 Should men have their own gender equality movement?

Besides “away”, where should men who care about gender issues go?

When The Durham Male Issues Society approached Durham’s Student Union in June looking for ratification, founder Adam Frost was told the group could only exist as a subset of the Feminist Society. Many sources would agree with this decision: articles from Everyday Feminism and the Huffington Post have made strong cases for men identifying themselves as feminist allies, most rooted in the idea that the patriarchy hurts men as well. Meanwhile, other feminists have been skeptical of the role of men in the movement. Guardian writer Kate Iselin wrote a piece entitled “Why I Won’t Date Another Male Feminist”, citing their self-importance and dubious intentions in regards to feminism. Recently, Sarah Ditum of the New Statesman criticised feminist men for taking up space in the movement.

The men’s movement is viewed with, at best, scepticism and, at worst, mockery and distaste. Men’s rights are often conflated with other separate but male-oriented internet subcultures: pickup artistry (websites that focus on often misogynistic and manipulative techniques used to seduce women), Gamergate (a movement rightfully criticised in the media across the political spectrum for its misogynistic doxxing — the leaking of highly sensitive personal information — of prominent feminists), and “Red Pillers” (a subreddit based on The Matrix which espouses in its philosophy that all women are somehow simultaneously sluts, children, and manipulative geniuses).

Has feminism’s synonymy with gender issues created an unnecessary silence around issues that disproportionately affect men, such as suicide, male violence (against both women and men), and homelessness? And has this silence driven activism-minded men to these misogyny-breeding subcultures where they feel more free to talk about these issues? With some women in the feminist movement fatigued by increasing male involvement, it’s time to make a feminist case for a separate men’s issues movement.

As a feminist, I’d be lying if I didn’t admit to being frustrated when male issues take centre stage in feminist discourse. I’m tired of hearing that “men should be feminists because the patriarchy hurts men”. Though the phrase is true, I find it slightly disingenuous: the patriarchy hurts men by equating masculinity with dominance and control. And despite the harmful consequences of this system (which are numerous), women are equated with submission and compliance, thus giving men institutional power. I am a feminist because I care about the subordinate status of women in society — and, while I whole-heartedly appreciate genuine male allies, I want the movement to be focused on women. Why isn’t “men should be feminists because the patriarchy hurts women” enough?

Similarly, the wider inclusion of men in feminism has caused mistrust of their intentions. Many complain that men seem to be on board with feminism when it appears in its sex-positive, choice-feminism strands — a pattern myself, and others, have noticed and become weary of. In Oxford University’s controversial feminist Facebook group Cuntry Living, of 10,000 members, a woman rightly observed that “the gender split in conversations about abortion or FGM is often 90/10 [female to male]. When decriminalisation of sex work comes up, it’s 50/50.” It’s easy to feel like men win “progressive points” in these discussions, while failing to defend anything more than a woman’s right to sleep with them.

And if men aren’t interested, and would rather focus on issues affecting their gender, I don’t see the point of reeling these men into the feminist movement under a false premise, with the chance of tokenising their issues. Though many would argue that most of men’s issues are rooted in other intersections (class, race, sexuality, etc.), or negative symptoms of patriarchal norms of masculinity and dominance, perhaps these are issues that would be most efficiently dealt with if men were able to talk freely about them among themselves.

Many feminists fear the men’s issues movement, and I understand why: it’s equated with anti-feminism and associated with misogyny. Men’s Rights media outlets like A Voice For Men or the Men’s Rights subreddit are environments in which anti-feminist (and anti-female) stances are fostered, rather than focusing on awareness and true activism.

It is time feminism let a healthy men’s movement grow without immediate criticism: it will refine the aims and goals of feminism, allow issues that are not gendered towards women to be more effectively handled, and, for the skeptics, give rise to a concrete movement.

Nipping it in the bud with cries of “misogyny” before it grows isn’t working. It pushes, and perhaps encourages, some men into a feminist label they may not deserve, and others into reactionary, anger-oriented politics.

Sarah Fletcher is an American-British writer in her final year at Durham University. Her articles have been published at Feminist Current, Luna Luna Magazine, and Ambit. She tweets at @SarahFletcher27

The image used depicts the arms of two male-presenting people sitting at a table with coffee. It is used under the Creative Commons License.