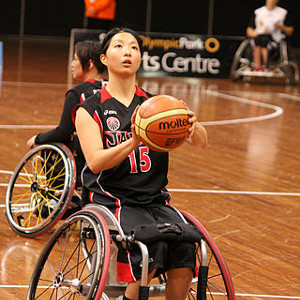 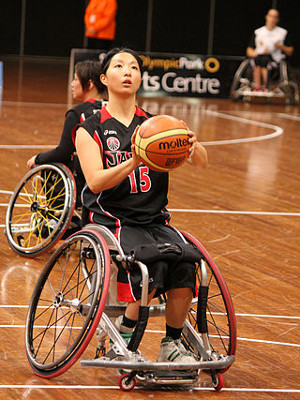 Although UNESCO recognised sport and physical activity as a human right in 1978, women worldwide are still excluded from sport on the basis of their gender.

The Olympics have never truly been an equal playing field. In 1928 women competed in track and field events for the first time, but several athletes collapsed at the end of the 800m race, leading the International Olympic Committee (IOC) to rule the distance too challenging for women. Female athletes were only allowed to run the event again in 1960. The 2012 summer Olympics were the first in which every sport had events for men and women.

The problem is not only at the elite level; it is a community-wide issue which has to be tackled through better education, more equal resources for sports and a huge shift in attitudes. This would have concrete consequences for many women’s well-being, as 80% of women in the UK do not do enough exercise to stay healthy. No wonder, as we are brought up watching men’s football, rugby and cricket. A mere 7% of sports media coverage is devoted to women’s sport, yet 60% of sports fans say they’d like to see more women’s sports on TV.

Those who justify unequal coverage claim men’s sports are inherently more entertaining given that men are stronger and faster. This ignores the centuries of exclusion behind the sporting situation women face today. When women are discouraged from participating in sports from amateur to elite level, the pool of athletes from which Olympians are selected is much larger for men than it is for women – so any measure of how fast the fastest woman is must be preceded by the caveat that far fewer women are encouraged to train and compete for this award in the first place. Even with such unequal access to elite sports, the gap between top male and female athletes’ running times has been decreasing.

Not only are women actively discouraged from participating in sports, but the rigid gender binary within sports is policed with drastic consequences for transgender sportspeople.

This has led to intense debate within the IOC over transgender athletes. Transgender women are seen as a threat to the principle of ‘fair play’, as they often have higher testosterone than cisgender women, which is seen as a miracle hormone to which male outperformance in sports is attributed. But the real picture is much more complex than a simple testosterone/oestrogen dichotomy – this simplification is a product of our gender/sex stereotyping, not the other way around.

Last month the IOC opened its competition to trans women by allowing them to participate without having had full surgery, simply keeping testosterone levels below 10nmol/L. Janice Turner took to her Times column to complain that this would make competition unfair. “This is bound to be exploited by medal-hungry male athletes in unscrupulous nations,” she wrote. “The Iranian women’s football team already includes two trans-females.” Turner perpetuates the transphobic idea that trans* people are masquerading as another gender. She also singles Iran out as being exceptionally deviant, an example of where this trans* trend or fad, as she might see it, has spread alarmingly rapidly. In fact transgenderism has been an accepted and celebrated part of Iranian culture for centuries. Of course their Olympic team will reflect this.

The moral panic over men masquerading as women in order to win is well-rehearsed. The deep suspicion directed at successful, strong women athletes is obvious in the treatment of Caster Semenya, the South African athlete who won the 800m event in the 2009 athletics World Championships. She was stripped of her medal after the competition due to doubts about her gender. Semenya underwent a gender test the night before the race, without her consent. The test results were never publicly released, although she did get her medals back and competed in the 2012 Summer Olympics, winning silver in the 800m.

The same disciplinary process ostracizes androgynous or intersex women and transgender women, with the language used to qualify them similar to that condemning doping. The new IOC policy is a step in the right direction, but a fundamental attitudinal change is also needed.

The field of sports provides unparalleled opportunities for intersectional activism. If women and transgender athletes don’t take up arms against gender testing and discrimination in sports, the deterministic account of women as incompetent and alien to sports and the transphobic account of transgender female athletes as men passing themselves off as women will remain tacitly accepted.

Dividing the benefits of sports along a rigid yet arbitrary gender binary contributes to global empowerment of men over women, intersex and transgender people. Sports should be for all.

The photo by Bidgee is used under a creative commons licence and available via Wikimedia Commons. The description provided is “Germany vs Japan women’s wheelchair basketball team at the Sports Centre”, and it focuses on an athlete representing Japan, in action, holding a basketball while concentrating on something out of shot. She is using a wheelchair. Two other athletes are visible in the background. They are all on an inside basketball court.