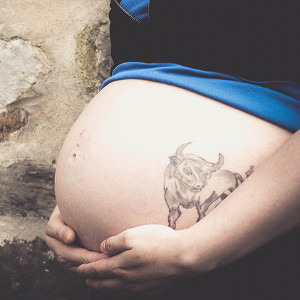 Being a mother, being a feminist My idea of a feminist before I became a mother was one of a fiercely independent woman who rejected marriage and motherhood on the basis that it constrained her free will and physical independence. Children, let’s face it, do require a lot of time and attention but if feminism incorporates lived experiences and women who identify as feminists are mothers too it logically follows, in my opinion, that mothers who identify as feminists are, well, feminist mothers.

Being a mother involves having many different identities, which might include being a salaried employee, a stay-at-home mum, being a daughter yourself or a single mum, among others. Out of these identities it would be quite reasonable to expect a mother to choose one when asked the question on what she cherishes the most. If feminism is about empowering women to have choices in life then it should be recognised that motherhood is often an actively made choice.

There will be exceptions to this assumption I make, particularly where contraception is illegal, hard to access, not understood or not used as a norm, but, by and large, in the UK at least, women who have children exercise a choice. The choice to have children is not in direct opposition to the feminist call for women to have autonomy over her body. It is not the flipside of a coin. It is the extension of the female right over her body.

The patriarchy views motherhood as essentialism and consigns the act of the mothering to the domestic sphere, one that is not valued. Paradoxically, the ostensibly feminist rebuttal of motherhood as not being good enough to be regarded as something that deserves respect mirrors the patriarchal view.

There is no absolute universal consensus on what feminism means. It is the subjective that is at the core of feminism, not the objective. It is only right that there is no consensus on every issue that affects feminism because that is what feminism is about: embracing diversity and differences, without othering certain choices made.

The poet and essayist Adrienne Rich, who was a strong advocate of mother feminism, wrote a book called Of Woman Born. She gave primacy to being a mother by writing that “most of us first know both love and disappointment, power and tenderness, in the person of a woman. We carry the imprint of this experience for life, even into our dying”. She wrote the book to examine mothering through a feminist lens because, in her words, “there has been a strange lack of material…to help understand the nature and meaning of motherhood”.

The biggest contribution made to understanding motherhood by Rich in her book are the two meanings ascribed to it: firstly, the potential relationship of any woman to her powers of reproduction and to children; secondly, the institution which aims at ensuring that that potential (and all women) shall remain under male control.

The first definition sets out the power that women have in deciding whether to use their bodies for pregnancy purposes and the second definition sets out how the patriarchy has diminished motherhood by appropriating it for their purpose. So the feminist call is not to downgrade motherhood but to give it recognition as being on par with other feminist issues.

In conclusion, women can become empowered feminists, as happened to me, through having a child. It is the very act of mothering which provides fertile ground for mother agency to develop which, in turn, can be harnessed for social good. Mothers are fighting political issues such as fracking because they don’t want their children growing up in an environmentally unfriendly world; mothers are staging sit ins and are demonstrating for better housing; and occupy many more political spaces to demand for a better world. Contemporary motherhood is the strongest it has ever been and it is redefining the experience of mothers as a response to the 21st century challenges. That is no mean feat.

The photo is by Kristina Servant and is used under a creative commons licence. It shows a woman standing by a stone wall; the photo is framed to only show her torso. Her top is pulled up over her pregnant belly; a tattoo of a bull is on her side. She holds her tummy underneath.