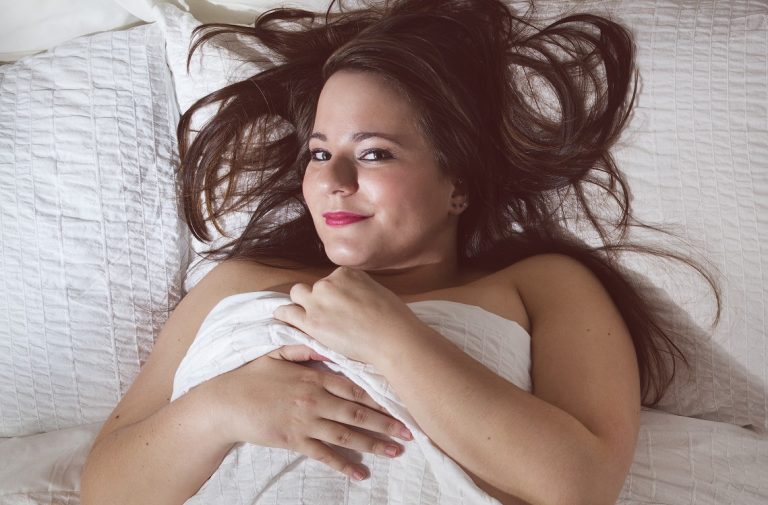 An interview with actor Amy Conachan: “I couldn’t be more excited to tour with Wendy Hoose again”

Wendy Hoose is a play created by the Scottish theatre companies Birds of Paradise and Random Accomplice, which explores the dilemmas of body image, disability, sex and love in the fickle and flirty world of online dating. It toured in Scotland, playing at the Edinburgh Fringe in 2015, and next month it comes to the Soho Theatre in London before going on an international tour. Lissy Lovett interviewed its lead actor, Amy Conachan, over email earlier this month.

Can you tell me about your experiences leading up to being involved in this play?
So it’s actually been a couple of years now since starting Wendy Hoose. I met the writer, Johnny McKnight, while I was taking part in a placement program where I observed artists working in a professional environment. Johnny was working on another show at the time as an actor. I had also just found out that I had finally been offered a place on the BA Acting program at the Royal Conservatoire of Scotland after five years of auditioning. Johnny has since told me that’s when he initially got the idea for Wendy Hoose, when he met me on that show.

I then was somewhat involved in the development of the script, in the sense that I took part in read-throughs of early drafts. Early on, there was changes made to the physicality of my character to make her more ‘like me’. I can’t say too much on that, however, as I don’t want to ruin the surprise! Of course, I then began my course at RCS which took up a lot of time until we began rehearsals. Fortunately, I was allowed to take some time out of drama school in order to work on the play during the first run.

Are you looking forward to touring with the play again? How much has been changed for this second tour? Have you needed to change any references for audiences outside Scotland or anything like that?
I couldn’t be more excited to tour with Wendy Hoose again. It’s been such a joy to work on each time previously that I have no doubt it will be just as wonderful this time. We had a very short run in London a while ago and it went really well, so I’m looking forward to seeing that continue into this run.

We haven’t made any major changes. I think although there are a few ‘Scottish’ references throughout, I think the audience will still get them. The Scottish-ness of the piece is very much part of the charm and adds to the comedy so I think we would be doing them a disservice if we changed too much of it. The play is very visual, so if they don’t understand some of the words they will still be very aware of what is going on.

Even when we don’t want people to judge us, we can’t help judging other people

The play is about online dating. Is this something you’ve done yourself? Do any of your character’s experiences resonate with you?
I haven’t done any extensive online dating in the past but have been on Tinder a couple of times. I say a couple of times because it been kind of an on/off relationship. I realised that most guys on there are looking for something very different to what I was looking for. I’m not really into ‘hook-ups’, I’m sure that arrangement works really well for some people but it’s just not for me. I think Tinder has a different purpose to most other online dating sites. I think sites like Match or Plenty of Fish have a different function; I would imagine the people who are on there are looking for something a bit more serious. Once you make that financial commitment to subscribe, you probably want something more than a one-night stand.

My character, Laura, is very different from me in a lot of ways, but in many ways we’re similar. I may never have invited a stranger over to my house for a night of fun, but I understand the feeling of wanting to keep some physical details about yourself a secret before the person you are talking to has made up their mind about you. I sometimes feel if they first decide that they like my personality then the disability [Conachan uses a wheelchair] will be easier to accept. She’s also somewhat judgemental! I think we can all have this tendency; even when we don’t want people to judge us, we can’t help judging other people. It’s sometimes something we don’t even realise we’re doing.

Do you think Wendy Hoose has themes that are particularly relevant in relation to feminism and women’s equality?
I think the play definitely has some themes in there that relate to both. When we first see Laura she is very much the one in control because he’s come into her home – she’s calling all the shots at this point. It’s interesting to see a woman take on this role of being sexually in control – she’s the one who instigates everything in the first place. I think this is refreshing because we don’t always accept that women can be just as sexually aggressive as men. Although they take turns throughout the play at having the control, she is at no point shy or afraid to say what she thinks. It’s quite difficult to find a lead female character who is so strong, especially characters my age – they tend to have a weakness to them. They’re always fighting against something, not fighting for something. There are always exceptions to the rule but that’s generally the pattern. Laura knows what she wants and she has a very clear idea of what she wanted out of this night. Of course, that changes during the play and I think by the end they are very much equals.

I have a lot of female friends that complain about being ‘catcalled’ on the street; this has literally never happened to me

Do you think that as a disabled woman you gain additional insights into the objectification of women, prejudice towards disabled people and the intersection between the two?
I don’t think the fact that I have a disability means I have more insight into the objectification of women. I think it’s a different kind of experience but not necessarily a more insightful one. For example, I have a lot of female friends that complain about being ‘catcalled’ on the street; this has literally never happened to me. Then again, I’ve had guys ask me “if I can have sex” after meeting me for the first time half an hour previously. I know none of my non-disabled friends have had that experience. So I think, yes, they are very much intersected. We all have felt objectified at some point in our lives but in very different circumstances. I almost feel that I get it less because of my disability, I’m often firmly place in the ‘friend-zone’.

Can you tell me about the accessible elements about the play? Is it difficult to keep them updated when you’re on tour – for example, if you happen on a funny ad-lib that you want to keep in the play, is it difficult to change the interpretation, audio-description and surtitles?
During every single performance we have audio-description, surtitles and signing. They are all very much integrated in the piece. Since the play is a comedy, we had a little more creative licence with these elements; everyone in the audience can hear all of the audio description and the surtitling has been jazzed up to keep in with the whole atmosphere of the piece.

None of our signing or audio-description is actually performed live so we do have to be quite strict with ourselves when it comes to sticking to the script and what we’ve previously rehearsed. This can be difficult at times because it’s live theatre and things don’t always go to plan. I remember one show during the first run where James [Young], who plays Jake, smashed one of the wine glasses on stage just before quite a big section involving the drinking of wine… He had to think on his feet pretty quickly to recover from that one. The audience, for the most part, understands that it’s live and these things happen. It is important though that everyone gets what’s happening at all times, so we have to be quite disciplined. I think we now have it down to a fine art… I’m not sure if Kay, our surtitle operator, would agree with that!

And lastly, can you give me your best tip for online dating?
I’m not sure I’m the person who should give any kind of dating advice! I would say though that before you decide to go on any of these sites, you should decide what you what to get out of it and stick to that. Be true to yourself but also don’t take yourself too seriously either. Have fun with it and maybe you will find the one you’ve always been waiting for. And if not… I wouldn’t recommend Tinder!

Wendy Hoose is at the Soho Theatre from Tuesday 12 April until Saturday 7 May. All performances include audio-description, British Sign Language interpretation and surtitles.

Photo courtesy of Birds of Paradise and Random Accomplice: Wendy Hoose by Johnny McKnight. Photo by Eoin Carey. It is a head and shoulders shot of Amy Conachan, a young woman, lying in bed. She has a sheet pulled up over her chest and her dark hair is spread out over the pillow. She is looking at the camera and smiling.