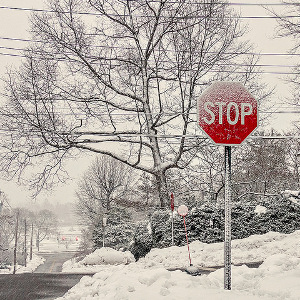 My safeword is no 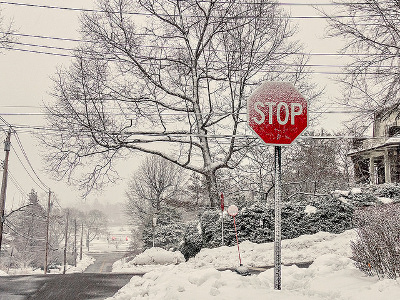 There are many ways I might express that I don’t want something to happen, including non-verbally, but very straightforwardly, if I say no, I’m vocalising that I do not want whatever has been started or suggested to happen.

There are two reasons I can think of when a word that isn’t “no” or something similar would be needed.

There are probably other scenarios I haven’t thought of here. However, of the two I’ve mentioned, both apply to relatively small groups of people. In the first scenario, the need for a safeword is clear as soon as the type of activity comes up. In the second, somebody who knows their reflexes might bring it up – or in the worst case scenario, will be misunderstood, which will presumably lead to an explanation and a change of approach. But it’s far better to have misunderstandings that way round – to assume that no means no until informed otherwise.

If I agree a safeword with someone, then what does that mean when I say no? By agreeing a new signifier, the ones I’m used to using are overridden. Yet the old words come more quickly and more naturally. In a scenario where I’ve stopped being comfortable with what is happening, I want to be able to communicate that quickly.

What’s more, there’s something very intense about a safeword. It’s hitting the big red button, sounding the alarms, shutting it down. There have been very, very few situations where I’ve wanted this to happen, but simply dozens where I’ve just not been into something and wanted to move on to something else. I don’t think I would have been happy using a safeword then, but it was still important to signal that I wanted a change. My fear is that when a safeword is viewed as the only signifier of non-consent as well as a last resort, it becomes harder to voice your feelings – which contravenes the reason for safewords in the first place.

I think all this is particularly relevant given the submissive/dominant dynamic. The way you interact is explicitly informed by power. There are countless ways this can be realised, but it is often difficult for those in submissive roles to challenge those who are dominating them in the moment. People who are dominant should be as receptive as possible to challenges and the healthiest dynamics will have very clear communication between those involved – in these instances, safewords might be used alongside other signifiers, and there might be gradients of severity, which might help overcome my concerns. However, I worry that the use of safewords – particularly in new dynamics or with people who are less experienced in BDSM – reduces the impact of traditional signifiers, and therefore the barriers for subs to overcome increase.

But the increase in the expected use of safewords could be indicating something else about BDSM dynamics. For many people I’ve talked to, they’ve been seen as necessary. These are not people who’ve wanted to engage in consensual non-consent. Yet to me, the implication is that a sub saying no isn’t meaningful enough. Power dynamics are being simplified to mean that if somebody is dominant, what they want goes, and it is the role of the sub to go along with that. The wishes of the sub don’t come into it – unless there are exceptionally serious circumstances, in which case there is a safeword.

The photo is by June Marle and is used under a creative commons licence. It shows a snowy day outside in what looks like a suburban area, by a road with trees and hedges lining it. To the right and forefront of the image is a red sign reading STOP.