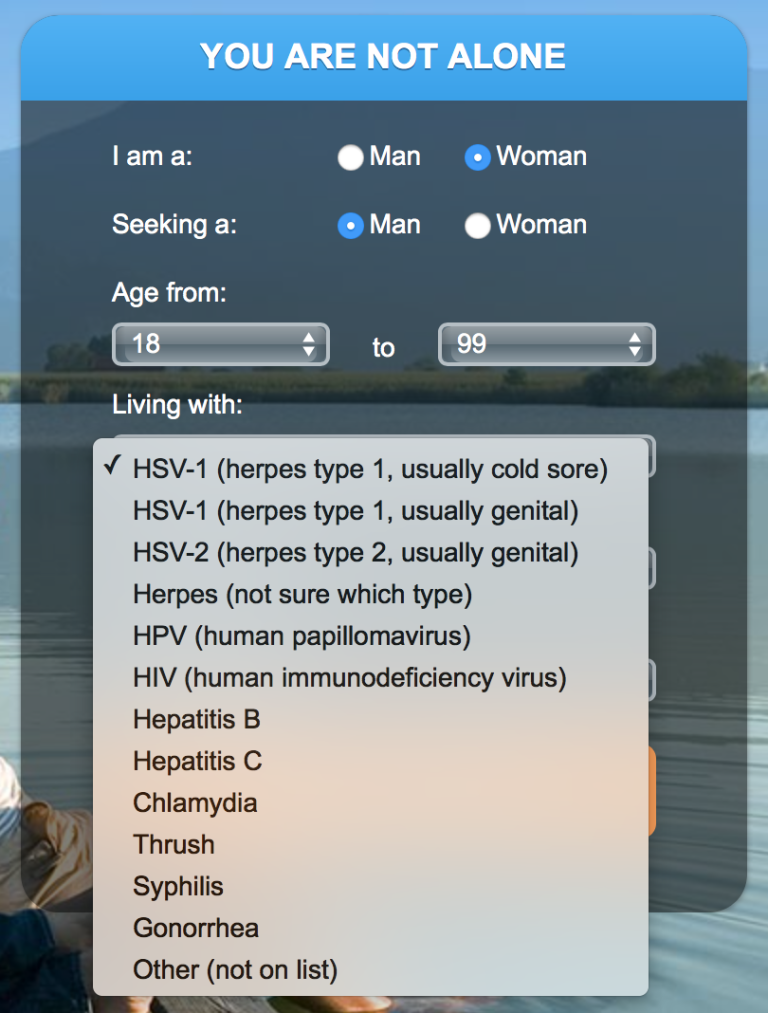 STI dating sites: the sex and the stigma For some people, contracting an STI isn’t a big deal. They go to the doctor and receive treatment, they tell their sexual partners and make sure they’re always safe. But these people are the exception, not the rule. The fact is that, for many people, contracting an STI becomes a life-changing event; not because of the infection, but because of the stigma.

STIs are on the rise in the UK; government statistics show there was a 36% rise in diagnoses between 2005 and 2014, with an 18% rise among men and a 61% rise among women. This gender disparity probably reflects the lower rate of diagnosis for women back in 2005, but the numbers certainly demonstrate that the last decade has seen a massive increase in women dealing with STIs.

Research also suggests women can be unduly influenced by stigma. In 2002 a Canadian cross-organisational study found that women were affected by female-specific moral stigma, which had more of an impact on their states of mind than judgement by others and self-judgement.

The shame can be debilitating for all genders; studies have found young people are less likely to get tested when they identify sexually transmitted infections with stigma. A 2012 study by the University of Michigan found that people were more afraid of contracting Chlamydia, a treatable infection, than flu, which can be deadly.

Sexually transmitted infections can be transient, or they can last a lifetime. An STI becomes a disease (STD) when symptoms or abnormalities occur, but some people with STIs never experience these, and the majority of people receiving treatment are largely unaffected by their infections.

What’s it like for women experiencing female-specific moral stigma over their STI status? It’s fair to assume it won’t make their sex lives easier.

Very few people are comfortable talking about their STI status. When people do talk, it tends to be online and anonymous. There’s a solid community on the social networking site Reddit, where one user described their experiences:

“It’s really rough to get diagnosed with an incurable STD. You feel like no one will ever want you or love you again. Everywhere you turn, there seems to be some reference to how people with STDs are disgusting and undesirable.

It doesn’t matter if you’re smart, funny, kind, attractive or successful. You are a leper, and you will only ever be a leper.”

This person became one of a growing number of people using dating websites designed for people with STIs. PositiveSingles.com, one of the world’s first STI-positive dating sites, already had over 800,000 members by 2014.

Another site, the Passions Network, administers forums for general STIs, herpes and HIV. Michael Carter, the network’s president, said members join STI focused sites “to be in a dating environment where they don’t have to stress about having ‘the talk’, because everyone is on the same playing field.”

These sites can make a real difference to people struggling with stigma. Brandon Brown, assistant professor at the University of California, Riverside’s School of Medicine and an expert in sexual health, described why:

“I think it may lessen stigma among those with STIs because they will not have to disclose after they go on a date or once things get too heated and move towards sex.

As long as the status is kept confidential and the information is secure, disclosing early and confidentially gets rid of the worry.”

So, is there a catch? The Reddit user mentioned above was “floored” by how well things turned out with a partner they met through an STI dating site, but did still voice frustrations over the concept: “I really resented the idea that I now had to stick with ‘my own kind’.”

“I hope that one day, people with STDs won’t feel so much shame, and won’t feel the need to use dumb exclusive dating sites,” the Reddit user went on to say.

US student Ella Dawson is a herpes-positive campaigner. Earlier this year she described in her blog why she’s open about her STI status:

“Herpes is a safe punch line in an era of comedy where making fun of someone’s race, gender, sexual orientation, disability, and class is increasingly considered politically incorrect.

When a real person – a woman you know and respect – casually mentions having herpes, it stops being a punch line and starts being someone’s reality.”

STI dating sites don’t cure stigma. If we want more people to get treatment, and fewer people to suffer the shame of diagnosis, we need to open up the conversation even more. We’ll only know the stigma has been taken out of sex when talking about STIs is as easy as talking about any other kind of infection.

Jo Eckersley is a writer and activist living in Sheffield. She tweets @joeckersley, and you can find more of her writing at joannaeckersley.com.

The image used is a screenshot of the search function on website positivesingles.com. It depicts a banner saying ‘You are not alone’ and a dropdown box to select which STI the user is living with.