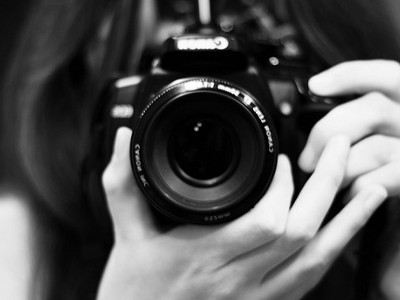 Why I won’t pose for Playboy

I need to put something straight at the outset. I have never had an offer from Playboy magazine. The editorial team do not even know that I exist. However, Kim Kardashian who has posed for Playboy was responsible for a jaw-dropping conversation that I had with my daughter.

Kim uploaded a so-called nude (if you count blacked out intimate body parts as nude) picture of herself on the internet. The comments posted by people around the world via various social media outlets veered between two camps. Firstly, she should not be posing in the buff (some mentioned her mother status as a reason); secondly, supporting her for doing what she wants to do. I mentioned this to my daughter who took the second camp’s view. She then proceeded with a hypothetical question about me and Playboy. I balked. She disagreed.

And in a split second, I realised that my brand of feminism was completely out of kilter with hers when it came to the naked female form. How had we reached such different conclusions?

In 2011, when the Playboy empire reopened a club in London I took my daughter to join the feminist protest being held outside. A photo of her in a rabbit onesie made it into the press.

Fast forward five years on and my daughter is of the opinion that Kim chose to post that picture of herself and it is a choice that she has actively made without pressure or coercion. Therefore, it is a feminist action.

Why do I differ from this? There are a couple of reasons. Although much of the feminist movement calls for the right to have choices in life, there are many instances where ‘choice’ is nothing more than an illusion. Not every ‘choice’ is a feminist option. While a woman should be able to feel comfortable in her skin this is a long way off from posing nude.

Also, by championing the choices of women to do things like post naked pictures, the real and difficult choices that many women make are overlooked – such as whether to buy food or turn the heating on for their children or how to keep working to bring the money in while juggling childcare.

In a post for International Women’s Day, Kim wrote

There is something flawed about being proud to have your picture splashed across the web because you look great naked. This is not empowerment. If anything it belittles the concept of empowerment because the source for it ought to come from an inner feeling of confidence, not the outer layer of naked skin.

Kim also wrote, “I don’t do drugs, I hardly drink, I’ve never committed a crime — and yet I’m a bad role model for being proud of my body?”

This quote narrows the field of feminist narrative in an artificial manner because it positions her ‘empowered’ selfie against what she sees as the great wrongs of doing drugs, drinking alcohol and being a criminal. These are not the bookends of feminist empowerment.

While I do not believe that women should not pose in the buff just because they are mothers, I believe that posing naked for public consumption is not the way forward for women, mothers or not.

Kim’s actions were defended by young feminist celebrities such as Demi Lovato, Ariel Winter and Abigail Breslin, as well as my 16-year-old daughter. It appears that some of the younger generation of feminists have come to see the concept of choice as having an elastic definition. Feminist thinking has become binary – if you criticise self-posed naked pictures then it amounts to slut shaming. The nuances that exist in between are lost.

Kim sets trends for impressionable young women and, frankly, has some sort of responsibility towards her fans. Presenting that selfie as a personal statement and telling people to leave her alone, as she did, is a false and dishonest argument to make. However, to be clear, I am not slut shaming Kim. I don’t think she need be ashamed. However, I do think that she should not elevate the selfie in question to some level of iconic action or watershed moment.

The photo is by m arta and is used under a creative commons licence. It is a black and white image of a woman taking a photo, with the viewer looking straight on into the camera lens, with the camera hiding the woman’s face.