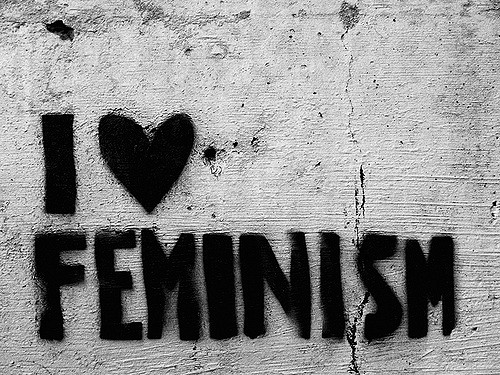 Everyone is either a sexist or a feminist The 8th of March was International Women’s Day so, naturally, lots of people that don’t usually talk about feminism were discussing it. This is undoubtedly a good thing, but as is always the case when this happens I’m increasingly frustrated by people misunderstanding the meaning of the word.

As hard as I try, I can’t seem to manage to hide my frustration when people act either surprised or impressed when I refer to myself as being a feminist: “oh wow, a feminist man, good for you!”

If I am in a small minority (which for the record, I don’t believe I am) then we have a major problem. Can you imagine a situation, in polite society, where it would be generally acceptable to say something like “oh wow, you’re white and you’re anti-racist, good for you!” People will say to this that there is a difference between being anti-sexist and being a feminist, but this is where, in my opinion, the misunderstanding of the term occurs.

Luckily, apart from clear sexists (if you know one of these people you probably don’t need to pose the above question to them to find this out), most people (regardless of gender) would answer “yes” to this question – meaning that actually most people are feminists.

You’ll often hear people described as feminists in situations when gender isn’t even being discussed, for example “Dan, a feminist man” or “feminist author, Jo”. Now take away the defined term and it would read “Dan, a man who isn’t sexist” or “non-sexist author, Jo”. You shouldn’t have to introduce someone as not being sexist, it should just be assumed that people aren’t sexist unless you are told or find out that they are.

A while ago now I read an article by Bridget Christie in which she summed this up brilliantly in reference to the “this is what a feminist looks like” t-shirts, saying that she wouldn’t want to go bowling with someone wearing an “I’m not a racist” t-shirt, as she would just be worried she was bowling with an ironic racist, and this image has really stuck with me.

I am well aware that actual sexists are still far too common and that actual very harmful sexism is almost everywhere we look. My point is that you don’t have to be a feminist activist to describe yourself as a feminist. Feminism shouldn’t be thought of as an extreme and rarely held belief. The answer to “are you a feminist?” for most people should be met with a similar response to the question “so are you someone who thinks racism is bad?”, and this should be something along the lines of the simple phrase “of course!”

Dan Burdge is a former lawyer now lecturing in postgraduate law. He’s a new father, a feminist and a vegan and enjoys running, swimming, cycling, playing poker and spending time with his family as well as supporting his local football team.

The image used depicts a graffiti stencil which says “I love feminism”.