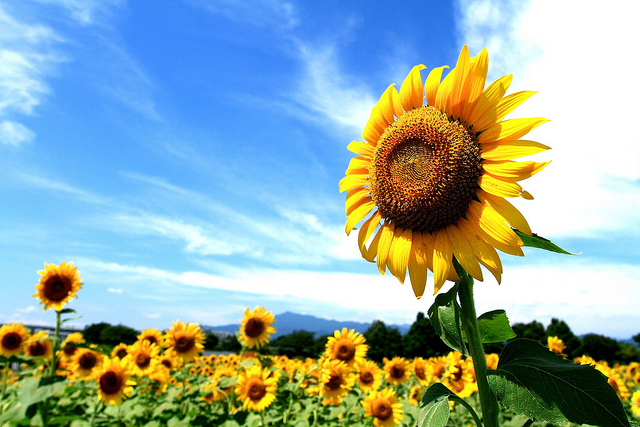 Welcome to another weekly round-up, where we share (what we see as) the most interesting and important articles and essays from the previous seven days. This week’s collection of links includes everything from Lily Allen to the age-old argument of the ‘too short’ school skirt. We’d love to hear your thoughts on either (or both!) of these subjects or on any of the other issues covered.

Without secure housing, how can vulnerable women begin to rebuild their lives? (The Guardian)

“Undercover” Shouldn’t Be A Big Deal, But It Still Is (Buzzfeed)

From the article: In Undercover, Sophie Okonedo plays a barrister on the verge of being appointed the head of the Crown Prosecution Service, when she discovers a terrible secret about her own husband, played by Adrian Lester. The creator of the show, Peter Moffatt, highlighted a peculiar thing in the optics of one scene: “Here was a black family sitting around the dinner table eating pasta,” he told The Guardian. “So normal and yet I had never ever, not once, seen that on mainstream TV [in the U.K.]”

From the article: “I know a lot of educated, intelligent women – both working within academia and without – and they do research some of these things. They do know (from first-hand discoveries) some of the facts that feed into the image of Fry as a purveyor of learning.”

The dark side of Guardian Comments (The Guardian)

From the article: “Although the majority of our regular opinion writers are white men, we found that those who experienced the highest levels of abuse and dismissive trolling were not. The 10 regular writers who got the most abuse were eight women (four white and four non-white) and two black men. Two of the women and one of the men were gay. And of the eight women in the “top 10”, one was Muslim and one Jewish.”

For Good Men To See Nothing (Medium)

What do Muslims really think? This skewed poll certainly won’t tell us (Miqdaad Versi on The Guardian)

From the article: “To blithely assert that everyone enjoys the same right to free speech is like claiming that I have a right to buy a large house in north London because there is a ‘free market’. Theoretically it is possible, but life in our real world isn’t like that.”

The notion that caesareans are an expensive luxury has dangerous, devastating consequences (The Pool)

Lily Allen on being stalked: ‘I was asleep. He steamed into the bedroom and started screaming’ (The Guardian)

The above is a response piece to the original Lily Allen article on The Guardian and is written by Laura Richards, the founder of the Paladin National Stalking Advocacy Service.

HMP Bronzefield: Women given tents instead of accommodation when leaving London prison, inspection reveals (The Independent)

From the article: “It isn’t just the people at Disney who display this ingrained tendency to imagine the prototypical representative of a category like ‘shopkeeper’ or ‘guard’ as a man rather than a woman. We all do it. We only have a female prototype for roles which are very heavily stereotyped as female (like ‘secretary’ or ‘witch’). By contrast, the tendency to assume that a ‘generic’ X will be male doesn’t just apply to the most stereotypically male roles (like ‘drill sergeant’ or ‘construction worker’), it applies to any role that isn’t almost exclusively reserved for women.”

Monica Lewinsky: ‘The shame sticks to you like tar’ (The Guardian)

In reference to the last two links, you might also want to read the feature Slut-shamed by my teacher by Lydia Day which appeared on the F-Word last week.

How Equal Pay Day Excludes Women Of Color (The Establishment)

The image is used under a creative commons license with thanks to SkySeeker on Flickr. It shows a field of yellow sunflowers against a brilliant blue sky. In the far background a mountainous landscape can be seen. One sunflower is sharply in focus in front of the camera and the rest, slightly out of focus, behind.