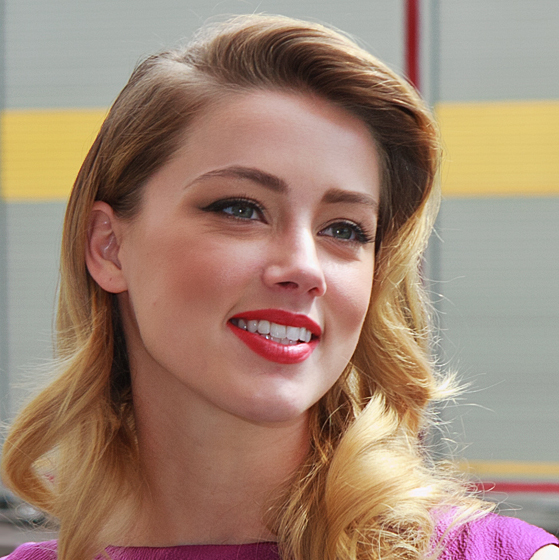 Believing Amber Heard is about believing all victims When I heard the news that Amber Heard had been granted a restraining order against her husband Johnny Depp due to domestic violence, I found myself thinking, “I hope that’s not true.” But it was hardly going to be some terrible misunderstanding. Of course #Ibelieveher.

Believing women who allege intimate violence is not about condemning an accused man. It is primarily about countering the widely expressed assumption that women who make allegations are lying, exaggerating or deserving of the ill treatment they have received. I believe that Johnny Depp assaulted Amber Heard, but that’s all there is to say about him. Those who believe that their admiration for Depp trumps any evidence against him have far more to say about Amber Heard. These accusations and insinuations are familiar to any woman who has considered speaking out about domestic abuse.

Believing women who allege intimate violence is about all these women. Whether or not Amber Heard personally benefits from public support, there are plenty of women looking on who absolutely need to see it; women who are personally hurt or even endangered by theories about women lying for money or attention, or about how a woman who appears in public with a black eye must somehow deserve it. There are women who, over the weekend, will have identified friends and family members they can never confide in about the reality of their relationships, even if their lives depend on it.

Believing women is also logical. One in four women will experience some form of domestic violence in their lifetime; abuse is common and – in the absence of compelling evidence to the contrary – is by far the most likely explanation for any allegation. Domestic abuse is common because it is easy and driven by a compelling motive; when we’re angry, hitting others releases endorphins and makes us feel better. When we’re insecure, frightening or humiliating someone else makes us feel powerful. While abusers can be very calculating at times, cruelty and violence – especially towards a physically smaller, less powerful person – takes no particular skill set.

Because we think about celebrities rather like fictional characters in a long-running soap, I can almost understand people floating the idea that Heard might have paid someone to give her a black eye and employed witnesses in order to gain a better financial settlement in her divorce – that might well happen in a story. It might even happen in real life. However, it is extraordinarily unlikely. Telling elaborate lies about someone else’s behaviour, involving the police and employing other people in one’s conspiracy is a very difficult and complicated thing to do. I don’t know anyone who has ever attempted such a feat. I have known people who hit their partners when they’re angry. We all have.

After the theories come the insinuations that, even if Heard is telling the truth, she’s not deserving of our sympathies. I find it so baffling that people use the idiom “It takes two to tango” in the context of domestic abuse, so removed as it is from even a basic understanding of how violence in relationships (or indeed violence, or indeed relationships) might work. This is also a favourite with abusers; it is a rare abuse victim who will not have heard – or even been persuaded to believe – that every act of violence against them was an act of retaliation for disrespect, ingratitude or dishonesty.

The Daily Mail considered it a newsworthy revelation that Heard was photographed smiling hours after being attacked, and then two days later reported that she was smiling after meeting with lawyers. The implication is quite clear; someone who has been assaulted in the recent past should be too distressed to smile, even when posing for a photograph, even if such a person is a professional film actor for whom posing and smiling in the presence of a camera is even more of a reflex than it is for most of us. Thus abuse victims are reminded that if they don’t come across as a good victim – distressed, but not too distressed – their experiences will not be taken seriously.

There’s really nothing to say about Johnny Depp, but there’s something to be said about his situation. If Heard is an extraordinary person who not only lies about abuse but injures herself to create evidence, then this must be an extremely distressing time for Depp. But just for him; there’s no-one else being directly harmed or put in danger by the presumption of his guilt. Meanwhile, his life will not be dramatically changed by it; the cases of Christian Slater, Sean Penn and many others show us that culturally, violence against women is seen almost as part of the lifestyle of rich and famous men in Hollywood, along with the drugs and wild parties.

Depp’s representatives are quoted as describing Heard as “an affront to real victims of domestic violence“, but the reality is that hundreds of thousands of real victims of domestic violence are looking on, listening to public opinion, media coverage and the attitudes of their friends, observing the imaginative lengths people will go to in order to discredit victims. I’ve always liked Johnny Depp and I wish these allegations weren’t true. But those victims, whose lives depend on having the courage to seek help and speak out, matter more.

[Image is a photograph portrait of Amber Heard, a young white woman long blonde hair. The photograph is by Gordon Correll, is found on Flickr and is used under a Creative Commons License.]