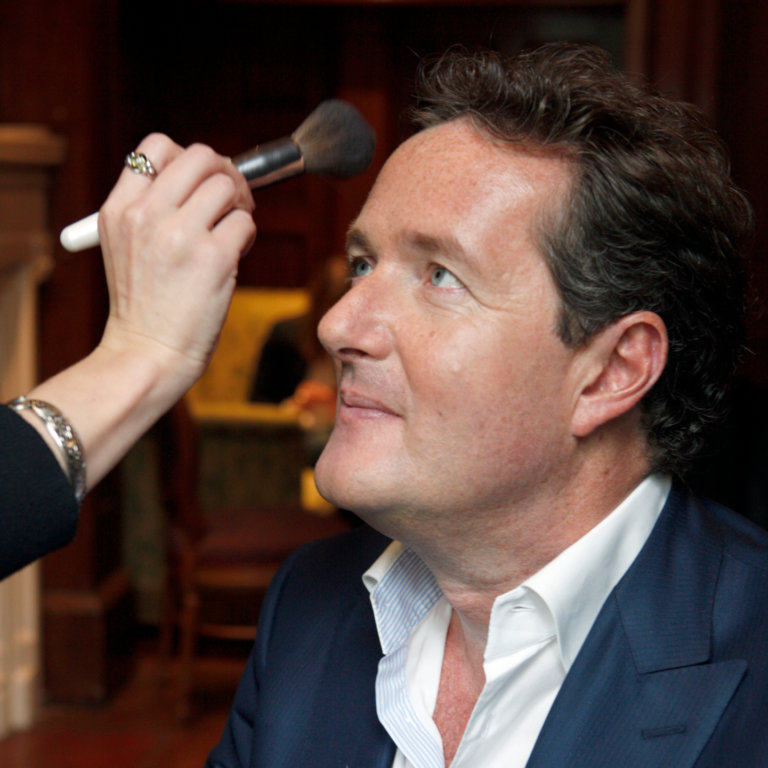 Piers Morgan: Our gatekeeper to freedom and feminism Piers Morgan has been everywhere in the political and social press lately. In the UK, we’ve watched with astonishment as he’s repeatedly given publicity to Republican presumptive candidate and figure of extreme controversy, Donald Trump, during the latter’s presidential campaign.

But this general incredulity was compounded for many, when he shored up his controversial stock by advising Michelle Fields, the journalist who was bruised by Trump’s campaign manager, to simply “toughen up”. Because a man treating a woman attempting to do her job as expendable, is exactly what we should be aspiring to in 2016, isn’t it?

More recently, the self-styled reality star journalist has taken Beyoncé to task for her empowered album, Lemonade, and has also seen fit to critique Madonna’s fashion choices as not being in-keeping with his view of womanly presentation.

Based on these events alone, then, we can probably all agree that Piers is having a bit of a ‘moment’. His followers on Twitter have shot up. The ongoing exchange between him and Sir Alan Sugar, Lord of The (original) Apprentice, has died down – although not disappeared completely – as it seems Piers has more important things to engage with. He’s updated this original version of genuine graft and entrepreneurship for the new, shiny, more controversial toy that promises oh-so much, and asks only for devotion in return.

Recently, he claimed that feminism as a movement was dead, and that Emmeline Pankhurst would be ashamed of what it’s become

Despite not having any support for Michelle Fields, a woman who shares his profession and who’s already operating in an unforgiving political environment, he has been quick to descend upon social media as the gatekeeper to modern and historical feminism. Recently, he claimed that feminism as a movement was dead, and that Emmeline Pankhurst would be ashamed of what it’s become, all because Kim Kardashian and Emily Ratajkowski posted a topless selfie on social media.

Now, all men can and should be feminists. As Caitlin Moran often says, feminism just won’t work if not by popular opinion and she is, of course, right. But what exactly constitutes feminism and liberation in the 21st century? Many academics and activists have attempted to define feminism and the discussion is, as it should be, ongoing.

For me, at least, feminism is about absolute equality between the sexes. It’s about women being paid the same wage as men for doing the same jobs; women not being accused by a presidential candidate of being on their period for asking difficult questions during a debate; young men feeling able to seek help for mental illnesses without stigma – and it also stands for women’s bodies not being policed by a man who has no experience of living as a woman.

Unhappily, though, this conception of feminism doesn’t seem to count for much where Piers is concerned. Much like his horror at the topless selfie, his discrediting of Beyoncé’s album seems to stem from the fact that he’s incapable of conceiving of a world in which the women he encounters don’t correspond to what he finds palatable.

In a particularly questionable passage in his Daily Mail article on Lemonade, Piers laments: “I preferred the old Beyoncé. The less inflammatory, agitating one”, which we can assume is code for ‘I preferred it when this exceptionally successful black female entertainer was being made to be more palatable to white male tastes’.

Quite rightly, Jamelia took him to task for his response, saying in an open blog post, “[Piers], you don’t like Beyoncé in Lemonade because her blackness isn’t white enough for you anymore”. She went onto say that “You are a middle aged, British white man. You have no idea… what it is like to be a black woman.”

But in arguing that Beyoncé should stick only to the issues that are acceptable to the white middle class, as well as critiquing the exposure of Kim Kardashian’s and Emily Ratajkowski’s bodies, Piers did throw up an interesting issue; that saying you’re a feminist and actually being a feminist are not the same thing.

On one point, at least, I agree with Piers – namely, that successful women posting topless selfies without ridicule is not the biggest struggle feminism needs to win. However, the point still stands that this image was created by two women who are often photographed without their explicit consent, and regardless of any publicity-minded stunt behind it, it can still be seen as them taking back some control of how and where they are looked at.

Piers Morgan, with his fondness for a billionaire who repeatedly objectifies and discredits women in the press, is not the gatekeeper of feminism or freedom

Personally, this would not be my choice. It’s not how I think of feminism in my day-to-day life, and it isn’t how I would choose to implement it. But it is their choice, their right, and their own brand of empowerment that this furthers and that is feminism. Feminism allows women to carve out a space for themselves in everyday life on their own terms, whether this be as a full-time mum, a high-powered executive, a politician, a doctor, a sex worker, or any other realm of life they choose to concern themselves with.

In a society that consistently tells women either to cover up, lest their bodies offend; that if they’re “beach body ready” they should strip down in public; or that, astoundingly, they’re actually not free to cover up in a burkini, choosing when and how to reveal yourself can be an important step towards feeling powerful. More importantly, however, whether or not Piers finds this ‘tacky’, and whether or not he finds Beyoncé’s album to be ‘militant’, it isn’t for him to tell women that these things don’t constitute their own personal empowerment. Piers Morgan, with his fondness for a billionaire who repeatedly objectifies and discredits women in the press, is not the gatekeeper of feminism or freedom.

So why does this matter? Because inexplicably and worryingly, his brand of self-serving pseudo-journalism is read by millions. With every tweet, Piers influences people. He tells powerful men working for powerful billionaires that it’s OK to manhandle a woman and get away with it. He tells women that, should they ever ascend the ranks of journalism to cover a presidential campaign, they can expect to be belittled, curtailed, and ignored. He tells women that the exposure of their bodies is anti-feminist unless it’s done on his terms, and that if you’re a person of colour in the public eye, you still need to cater to the tastes of white middle class men if you expect to be well-received.

Contrary to what he may think, feminism is alive and well; it just doesn’t come dressed in a bonnet and standing meekly in the background

Once upon a time, Piers was a divisive journalist with a smattering of reality star thrown in; someone you might not agree with, but who you could be fairly certain held his views honestly, if not popularly. Now, following his PR-led interview with a man intent on curtailing press freedom, women’s choices, and minority rights, his courting of social media glory over journalistic integrity is plain for all to see.

Contrary to what he may think, feminism is alive and well; it just doesn’t come dressed in a bonnet and standing meekly in the background. Today, women hold billionaire political wannabes to account, they make art that speaks to their experience and the experiences of others like them, and they don’t make apologies for it.

All women should be able to wear what we want, ask the questions that matter, shout for what we need without always saying please and thank you, and yes, choose in what way our bodies are observed. We, not Piers, are the gatekeepers to our own empowerment – and we will decide what feminism needs to mean, to make us feel powerful in our own skin.

[Image is a photograph of Piers Morgan, a white middle aged cleanly-shaven man with short curly brown hair, who is looking up as a feminine hand holds a make-up brush to his forehead. This photograph was taken by Jack Hobhouse, was found on Flickr and is used under a Creative Commons License.]