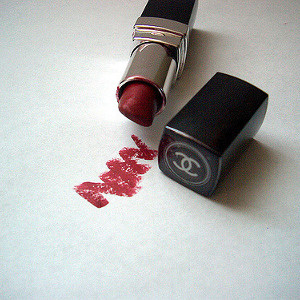 Women and appearances
The writer of this piece, CO, is 17 and studies psychology, sociology and economics.

Have you ever asked yourself, “Am I pretty?”

If you are a woman, the answer to that question may have affected your life in ways you would never have expected. On average, a study on employability in Scotland found that “prettier” women were 65% more likely to get called back for further interviews than “uglier” women whose CVs had been made to be identical. How is this fair?

Let’s shrink this idea and apply it to everyday school life. As a young girl, moving from a mixed school to an all boys’ school was quite frankly terrifying and exciting at the same time. However, one thing which always seemed to worry me was whether I would be pretty enough to get along with the boys. And my question to you is this: what are the consequences of being deemed unattractive? As a girl or a boy you have no choice over your appearance. Yes, you have the ability to wear makeup but even that restricts you in many ways, whether it be because you just outright suck at doing it or because you constantly hear nasty comments about how ‘fake’ you appear to others. In the meantime, lack of interest from boys at your school can often lead to a sense of isolation and low self-esteem, two factors which do not in any way benefit your grades.

Let’s not ignore the fact that girls can act in a very similar manner, and will often hesitate to talk to boys who they see as unappealing or even ‘nerdy’ in some ways. Why? Because of social norms – this is how our society functions.

However, I believe that we can make a change. It may take time but eventually it will help to improve the confidence of both boys and girls who feel rejected by society’s formed consensus of who you should and shouldn’t talk to based on their looks. It’s hard to improve on an issue which is hard to notice as it’s often ignored, especially within schools, but I have seen this process of isolation and even bullying towards people occur frequently, not because of who they are but because of what they look like, and to me that is unjustifiable and disgraceful. I hope you can agree; please let me hear your input. Can we all stop the bitching?
The writer of this piece, NHL, is 16 and studies Theatre Studies, Spanish and English Lit.

I go to an all girls’ school, so the bitching is real. Bitching is the universal language that every girl understands and has to learn due to survival of the bitchiest. In a boys’ school, if a boy doesn’t like you he will go up to you and punch you in the face. Job done, simple. Although it has little else to recommend it, this approach is an easier and less time-consuming way of telling someone how you feel about them, instead of a bitchfest. That involves planning, arranging and making sure someone is bringing food; it’s not a successful bitching without snacks because it is tiring.

For those of you in blissful innocence about bitching I shall explain. When a girl doesn’t like someone (usually another girl) she will complain, gossip and/or insult this person behind their back. Ouch: how savage. Most of the time no one is aware bitching is happening or if they are being bitched about because no one will tell you and we are extremely subtle. Bitching is the intricate art every girl is subsequently trained to master by others, much like Luke Skywalker being trained by Yoda to become a Jedi (or something like that, I only watched the Ewok one). But then Luke bitches to Yoda about the fact that Chewbacca has really hairy legs and should probably shave them. It is a basic life skill of how to make it through school: you either be the bitch or be the bitched.

And I hate it. Whatever happened to #girlpower? Does no one remember the Spice Girls? Or Mean Girls? Does no one realise bitching is terrible? This is a touchy subject because I’m big hypocrite despite the fact I really try not to. But being a girl is hard enough already without us turning on each other. We need to realise we are all in this together. We all have stuff in common so why put each other down? We are all going through the same moment of life and we all know the struggle.

We shouldn’t turn against each other but join forces and turn against the people who deserve it. For example, Donald Trump – let’s have a bitchfest about him. I’ll bring the food.

The first photo is by jamelah e. and is used under a creative commons licence. It shows a red lipstick with its lid off next to it on what looks like white paper. A small scrawl of red lipstick is on the paper.

The second photo is by Brian Smithson and is used under a creative commons licence. It shows the statue ‘The Whisper’ by Andre Wallace, situated outside the public library in Milton Keynes. It is a close up of the face of the two figures, one of which is leaning towards the other and whispering, hand cupped secretively around their mouth.