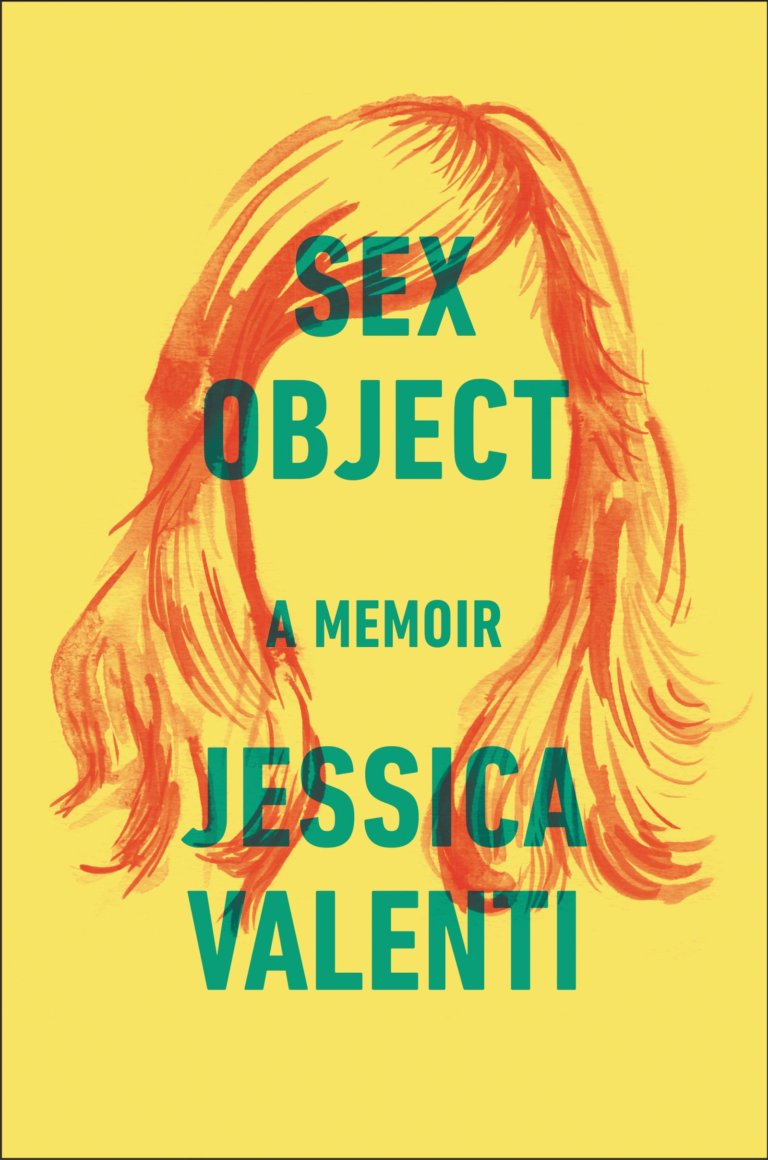 More than objects of desire Can women ever escape being sexually objectified? Will we ever be free of the male gaze marking us out as mere objects of desire? When will we be valued for something other than our sexual attractiveness? Sex Object: A Memoir is the latest offering from the founder of website Feministing and Guardian US columnist, Jessica Valenti. Arguably one of the most pioneering and influential feminist voices of the 21st century, Valenti is also known for her other books, including The Purity Myth and Full Frontal Feminism. With the release of her new memoir, she very poignantly describes how her experiences have framed her life and contributed to the woman she is today.

“My writing has always mixed the personal with the political, so this book didn’t feel like a huge departure for me,” says Valenti. “I also think that there’s been a fascinating (and predictable) backlash to women’s memoirs as of late – the idea being that women’s experiences aren’t interesting or important. I also wanted to explore, on a personal level, the toll that sexism takes on an everyday level – but also over a lifetime. But at the end of the day, this book was just in me and needed to get out, and a memoir was the form it took.”

Valenti’s writing style is hugely relatable, but is best when her personal experiences naturally give way to provocative feminist analysis. For example, through telling us about the sexual harassment experienced by her mother and grandma, she suggests that this sort of harassment has somehow always been part of our history. There is a certain implication throughout the memoir that women have never had the chance to be more than what has already been written for us – that women’s victimhood is almost predetermined, even inevitable. Because of this, the book is at times, very distressing. “Worse than the violations themselves was the creeping understanding of what it meant to be female – that it’s not a matter of if something bad happens, but when and how bad,” writes Valenti. The finality of her words is numbing, but most importantly, it vocalises a truth that is known yet is still hard to digest.

Valenti claims that putting pen to paper and reliving the experiences we read about in Sex Object offered her a release. “You know, it wasn’t as difficult as it was cathartic,” she explains. “I think that women can carry around a lot of numbness when it comes to these issues – at least, that’s how it’s been for me. So trying to crack through that felt important.”

As well as addressing experiences which affect all women, Valenti appears to be reflecting on her own experiences in order to resolve her feelings about her past

And the sense of liberation she may have felt by writing the book is tangible. Valenti effortlessly takes us through various stages of her life – moments of happiness, deep sorrow and even shock – but not necessarily in chronological order. This has the effect of making her memoir feel more honest about her struggle, but also allows for moments of relief during some of the more intense chapters.

“Once it was a man who came close to my ear and said ‘I want to eat you.’ No matter the content, the message is clear: we are here for their enjoyment and little else. We have to walk through the rest of our day knowing that our discomfort gave someone a hard-on.”

Often, Valenti describes instances of male sexual harassment and sexism without further comment – almost in a style evoking stream-of-consciousness. It is these moments when her message is the loudest: change must come for women.

What is particularly special about this memoir is that for so many women readers, much of Valenti’s experiences are not just unique to her; there is a sense of solidarity, of reaching out to others who might understand, or at least be infuriated by the negatives society serves to women and the positives served to men. She writes:

“Rape and abuse are passed down like the world’s worst birth right, largely skipping the men and marking the women with scars, night terrors, and fantastic senses of humour.”

As well as addressing experiences which affect all women, Valenti appears to be reflecting on her own experiences in order to resolve her feelings about her past. “I recognized that I had developed a particular kind of public persona online that is very different than the person I actually am,” Valenti explained to me. “So in part, I think, the book is about wanting to be known.”

In her opening chapter, she writes:

“… but maybe we’re doing ourselves a disservice by working so hard to move past what sexism has done to us rather than observe it for a while. Maybe it’s okay if we don’t want to be inspirational just this once.”

More than anything, the memoir seems to be about Valenti coming to know herself better, unravelling herself to the world in a way that she hasn’t before. As someone relentlessly trolled and misjudged by communities who ridicule and champion her in extreme ways, Sex Object seems more to do with Valenti trying to make sense of how she has developed through the various roles she occupies: mother, daughter, wife, feminist, author, woman. It is almost an invitation for readers to do the same.

Valenti’s narrative voice remains strong, unwavering and adamant. She is a force to be reckoned with throughout

Every revelation of Valenti’s is also important in educating her readers about the implications and difficulties of being a woman. Sex Object is not just about describing a set of events that show the cruel injustices and violations women face on a day-to-day basis. It is a brutal account of a reality faced only by women. “I don’t have a message for male readers,” Valenti admits. “I hope they will get something out of it, of course, and I think it’s important that men think about these issues and act on them. But I didn’t have men in mind when writing the book.” This rings true especially when Valenti discusses her very personal struggles with motherhood and trying to bring up her daughter, Layla. The detail she goes into regarding motherhood is startling, but testament to yet another aspect of being a woman that never comes with a manual, yet is something women are expected to become overnight experts in.

Echoing her memoir’s title, Valenti explores the many ways in which men and boys view girls and women as sexual objects, sometimes even before puberty begins. She highlights many instances of men exposing themselves on public transport and on the streets – a harrowing reminder of the way women are sexually objectified, and how we must constantly protect ourselves from the threat of harassment. “I knew that calling my memoir ‘Sex Object’ would invite a particular kind of response (and it already has) about how dare I consider myself appealing enough to use the term – as if being called an object was a compliment!” she explains about the title. For Valenti though the book is “very much about the impact of objectification, so it did feel like an appropriate title.”

Valenti’s narrative voice remains strong, unwavering and adamant. She is a force to be reckoned with throughout, and her wit and humour, whether feigned or not, make some of the more hard-to-read moments of the memoir easier to digest for the reader. She is never apologetic. Possibly, it is only someone who comes from a place of healing, of embracing her womanhood, who could speak with so much clarity and nuance.

At times, it becomes easy to forget that her experiences are real, until Valenti’s feminist voice seeps into her storytelling and we are reminded that this is not fiction. It is this quality which makes Sex Object a profound and honest feminist read, one that seeks to eliminate the double standards with which women are treated in society.

And how would Valenti describe the woman she is today? “A work still very much in progress!” she says. “Still confused, still trying.

“The book doesn’t have a particular call to action, but I hope it inspires change, of course,” she adds. “I do think that the way feminism – online feminism in particular – is encouraging women to share their stories and use their voices is already changing the conversation around harassment and sexualization. (I’m thinking of #YesAllWomen, for example.)

“We have a long way to go, but making ourselves and our experiences known – and having people believe them – is a necessary start.”

Sex Object: A Memoir is published by Dey Street Books and is available to pre-order HERE.

The image is the cover of the book. It was taken from Goodreads and is used with permission. The background of the cover is yellow with an illustration of a person’s head picked out in red. The person has no face. The title of the book ‘Sex Object: A Memoir’ and the author’s name, Jessica Valenti, appear in front of the illustration in green block-capitals.