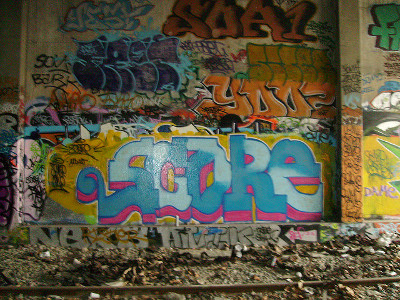 Both writers of this piece are 17 and study sociology, psychology and English language. As 17-year-old boys who previously went to an all-boys’ school, we have only attended school with girls since the start of September last year, as our Sixth Form is mixed. This means that our experiences of school life up until that point had nothing to do with girls, and it was quite a shock when that changed. Almost immediately after the school year began, it was obvious that the girls were dealt with in different ways. They all had a meeting in the first week of term to do with dealing with harassment from either other members of the Sixth Form or from younger students in the years below. We’d never really considered that being in our school was anything more than working for exams and joking around with mates, but we soon realised that for girls it was a completely different affair. They are exposed because they are a minority here.

We expected that this was a problem faced by the many girls who join a boys’ school in the Sixth Form. We interviewed a variety of girls attending Sixth Forms of this type across Kent about the transition and it was quite alarming to hear their answers. The main issue the girls brought up was the “attractiveness rating”, and they agreed that this defined them upon joining the school. What really irked the girls was the fact that this overruled their personality and intelligence, meaning they would be judged and compared to other girls based purely on their looks and nothing else. As boys, we can confirm that this is in fact the case in the majority of school year groups, and it was only around the beginning of Sixth Form that many boys started to view girls as people rather than just something to ogle at.

The girls we interviewed also highlighted that any flaws in their appearance were pointed out and became the attention of derogatory comments towards them, which they believed happened far more to the girls than the boys. Another key issue was the fact that a girl’s “rating” turned into a reputation for each particular girl, and one girl with a brother in a younger year at a school stated that her brother’s friends knew of her only because they rated her as “fit”. The final point brought up was the peer expectation for girls to wear skirts and dresses to school even though uniform regulations allow trousers. Girls believed they were pressured to do so as they witnessed other girls that chose to wear trousers having fun made of them.

We found the opportunity to listen to girls’ experiences interesting because we had not considered a lot of things that acted as major issues to the girls’ everyday school lives. We believe that the problem itself is a result of a lack of education regarding the way women should be treated. While most boys grow out of the behaviour towards women by the time they reach Sixth Form, it is wrong that girls should have to be the victims of abuse in the meantime. We think that the issue is one that is not often talked about, but it is incredibly important as it defines many people’s experiences at school. We welcome the prospect of having more gender equal Sixth Forms, as this makes it fair for everyone involved. The only way for it to be resolved is for boys to be taught how to act around girls, because it should not be the case that girls joining the school need to have meetings about expecting harassment and how to deal with it.

Finally, we think it would be interesting to interview boys who have moved from boys’ schools to girls’ schools. Are they also “rated”?

The image is by gamebouille and is used under a creative commons licence. It shows graffiti on a wall outside, with several tags covering the area, but the most prominent one reads “SCORE”.