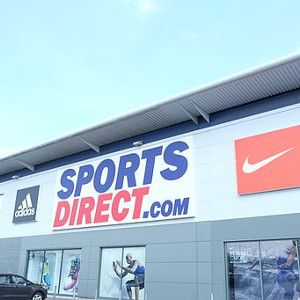 I wanted to earn a little bit of extra cash with an after school and weekend job. After a very casual interview and an email saying I had been offered the job at the major company of Sports Direct on a zero-hour contract, I felt delighted!

Upon my first shift, I was informed that I would most probably be working on the till, along with all the other female members of staff. At first I was taken aback: why are women best suited to the till? Is it because less physical tasks are taking place, compared with climbing up ladders in the stock room? Or perhaps there is an expectation that women do not know and therefore will not be able to sell the sports gear on the shop floor due to not knowing enough about the products? Or could it even relate to the friendly attitude women are seen to have, making us perfect for the till? However, it was my first job; I didn’t want to make a fuss and I didn’t want to get my male manager questioning his decision of hiring me.

Luckily enough for me, due to the lack of staff, I ended up being placed in men’s footwear, one of two girls compared with 11 men. Although I personally do not know anything about Nike Air Maxs, nor the science behind the Dunlop Pro Gel insoles, neither do any of the male staff working in this department. Us two women carry out the exact same standard of work as our fellow male colleagues, so why is it that we were only put in the footwear department as a last resort?

Sports Direct is owned by billionaire Mike Ashley, who I received an email from on Monday night. The email stated that he was writing to “defend the good name of Sports Direct” as “there is nothing to hide”. It went on to thank me and all the other workers for Sports Direct. One point was there to make clear that “all workers at Sports Direct (including agency workers) are paid hourly rates that are ABOVE minimum wage”. This stuck out to me. Why was he pleading to be believed about the pay we are receiving?

I am aware that towards the end of 2015, Sports Direct were accused of not paying their staff enough, as the minimum wage that was offered did not cover the body search that all employees received upon leaving the store after their shift, following which the 20p above minimum wage was put into practice.

Although Mr Ashely stated in this email that all staff are paid above the minimum wage, I am left doubting the honesty of this statement after reading news reports regarding the conditions of the employees in Shirebrook. These staff have been underpaid, not given fair medical leave and put their lives at risk. Obviously this has made me aware the company I am working for may not be running as well as I may have thought. I have now made a mental note to always check my earnings on paydays and always stand up and prove that I, a woman, can carry out identical work to men.

The image is from Wikimedia Commons and is by Sdmvaradha. It is a photo of the exterior of the Sports Direct store in Shirebrook. A large sign reads SPORTSDIRECT.COM, with the Adidas and Nike logos either side.