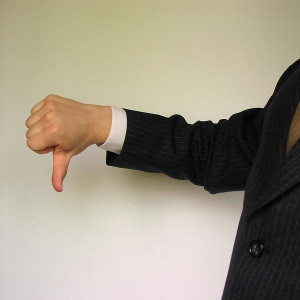 A New York Times article called ‘How Wall Street Bro Talk Keeps Women Down’ interested me recently because it’s the first time I’ve come across discussion of bro talk and its impacts. Bro talk is described as when men talk about women in objectifying and degrading ways. It is commonly viewed as a way for men to bond with one another. It got me thinking about my own brushes with it.

The effects of bro talk can be far-reaching and incredibly damaging for women, from making them feel uncomfortable and unwelcome to creating cultures where women’s actual safety is threatened. The article argues that bro talk allows men to dehumanize women through conversation and that this opens a gateway for other kinds of dehumanization and objectification. The article explores how bro talk can also cost women particular opportunities and be harmful in terms of their careers. It’s hard for women to survive and be successful in environments where being degraded is the normal state of affairs. It would be interesting to know more about the psychological and emotional impacts of bro talk for women.

When I look at my own personal experience I was first exposed to bro talk at school but as I knew little about sex, I was more curious about it than offended. As I got older I began to find it more personally distressing. My first serious boyfriend when I was in my early twenties was terrible when it came to bro talk. Whenever I was with him and his friends the conversation would diminish into the routine objectification of women. Even when we were alone, he consistently talked about other women in objectifying ways. The conversation was usually about famous women rather than women that we knew but the impact on me was still negative. It made me feel uncomfortable and less like a human being myself hearing women constantly reduced to body parts and sex. I also felt that this objectification tipped over into our relationship and the way he treated me. Eventually the way he spoke about other women and objectified me personally resulted in me strongly disliking him and the end of our relationship. When I had challenged him about the way he spoke he tried to make out I was a prude or jealous. The problem wasn’t his misogyny, according to him, it was my attitude.

I have also had the unfortunate experience of dealing with bro talk at work. When I worked in the finance sector a few years ago I found myself mainly surrounded by men and one way my male boss used to try to bond with the guys in the team was by talking about women as sexual objects. I remember a particularly upsetting meeting where there was a discussion about how sexy Emma Watson was as a child in the Harry Potter movies. At the time I had just sat in stunned silence feeling sick to my stomach. When I had first started the role I had made a complaint about a colleague who was sexually harassing me and would not take no for an answer when he asked me out on dates. Although management took the complaint seriously and did speak to this colleague it soon became obvious that sexism was deeply entrenched in the office culture. Some of the women in the office complained about it constantly amongst themselves but really felt powerless to do anything about it. Some other women seemed to misunderstand the objectification as a form of flattery. Rather than fighting it eventually I found another role. Luckily it was not my personal goal to have a career in finance with the company I was employed by but what if it had been?

In my experience bro talk is seen as normal and just ‘boys being boys’. Both men and women need to start calling out bro talk for what it actually is – sexism. We also need to educate men and boys about the impacts it has on women. Men also need to stop waiting until they have daughters to have empathy for women. I was annoyed that the final line of the article I read on bro talk is the author saying we need to make a world where it’s not scary to have a daughter. He was completely thinking from his own position as a man and seeking us to empathise with him and make the world safer for him as a parent. How about empathising with women, not as anybody’s daughter but as people in their own right and creating a world where it’s not scary to be one of us.

The image is in the public domain. It shows the body of a person in a suit and tie from the neck to waist, facing the side, holding one hand in front of them with their thumb down.