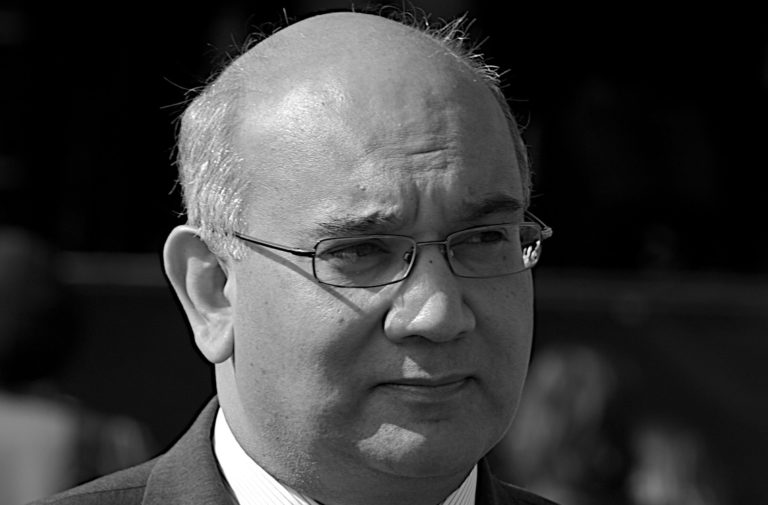 How to have a conversation about Keith Vaz

There has been much discussion about whether Vaz should have resigned or not. As Vaz hasn’t done anything illegal, most of the controversy is focused on whether Vaz’ position equated to a conflict of interests. That’s an important conversation to have, but here I want to explore how the language some commentators have used while discussing Vaz is absolutely not OK.

Britain has more out LGB MPs than anywhere else in the world, but there’s still only 32 of them (4.9% of MPs). I say LGB because there are no out trans MPs. It was 2013 before an MP came out as bisexual. And of the 32 LGB MPs, only six are female. None are BME.

It’s not really surprising that we have so few out MPs given the reception they often receive. In 1976 Maureen Colquhoun, a Labour MP, was outed by the Daily Mail as a lesbian. She was deselected shortly afterwards. She was the first MP to be outed in the UK and it took eight years before an MP would actively choose to come out whilst in office, and a further ten years for an MP to come out as LGBT+ before being elected (Stephen Twigg, in 1997).

Candidates and MPs who have chosen to come out have faced deselection by their own parties, smear campaigns by rivals, and invasive scrutiny by the press. We’ll never know how many individuals have chosen not to seek public office because of their fears of homophobic attitudes from the public and press, nor how many ‘out’ candidates have not been selected or elected due to homophobia.

So what does this mean when we talk about Keith Vaz? Here’s a brief guide on how to have a conversation about Vaz, regardless of your opinion on his public ‘outing’ and subsequent resignation.

Language to avoid when talking about Keith Vaz:

There are two primary issues with this phrase. The first is that, while cheating on a partner without their consent is certainly unethical, we do not know for certain whether Vaz is guilty of doing so. He may not have been in a monogamous marriage, or his wife may have consented to his interactions with sex workers. The automatic assumption that any sexual activity outside of a primary relationship is cheating ignores the existence of polyamorous relationships and causes us to react disdainfully to those who practice ethical non-monogamy, judging their relationships as lesser.

The second issue with this expression when used specifically within an LGBT+ context is that it creates a false dichotomy between ‘true’ and ‘false’ lives. Language like this may influence LGBT+ individuals to remain closeted, in the belief that minority gender and sexual identities or behaviour belong in the ‘private’ rather than ‘public’ sphere.

It’s fine to talk about double standards and hypocrisy when they’ve been evidenced. For instance Simon Hughes, the Liberal Democrat MP who came out in 2006, led a homophobic smear campaign against gay rights campaigner Peter Tatchell in the 1983 Bermondsey by-election. Vaz, though, has been a long term supporter of LGBT+ rights. He backs the decriminalisation of sex work. And he asked for poppers to be removed from a list of substances banned by the 2016 Psychoactive Substances Act. None of this is suggestive of double standards.

The use of this phrase to defend an individual’s propriety is very often exclusionary. Families come in all sorts of shapes and sizes, but when the press calls someone a ‘family man’ it is normally with the implied suggestion that there is only one ‘proper’ way to be a ‘family man’, and that’s to be a cis heterosexual man with a wife and children. Anything else is considered abnormal (see Owen Smith’s comment about lesbian MP Angela Eagle during the Labour Leadership race). Also note that we never call anyone a ‘family woman’, because we take it for granted that women are family-focused (whereas men get bonus points for being so).

We should refer to sex workers, not prostitutes, as this is the terminology chosen by sex workers themselves, due to the fact that there are harmful connotations attached to the word ‘prostitute’ which cause stigma and violence towards sex workers.

Okay, so we can definitely use the word gay to describe those who self-identify as gay. However we also need to recognise that there’s an important distinction to be made between someone’s sexual identity, their sexual history/current behaviour, and their sexual desires. As Vaz has not self-defined as gay or bisexual, we shouldn’t assume him to be either.

These are just a few pointers to keep in mind when discussing Vaz’ resignation. There are plenty of barriers to LGBT+ people becoming MPs, and being more mindful of our own language is one small way we can help to start breaking these down.

The image has been labelled for noncommercial reuse and is by Flickr user Steve Punter. It is a black and white portrait image of Keith Vaz, MP. He is wearing glasses.

[This post was edited in July 2019 to remove the author’s name at their request.]