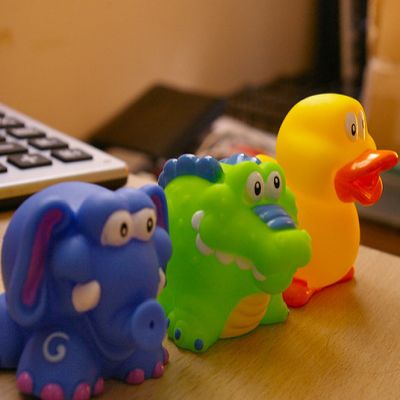 Transgender children exist and they need our help

We need to change the dangerous narrative that all children are cisgender and heterosexual and that the supportive parents of transgender kids are abusive or pushy, argues Mia Violet This is a guest post by Mia Violet. She describes herself as a twenty-something trans woman and total geek. You can find her on Twitter at @OhMiaGod, where she talks about life, trans issues and comic books.

When I was a kid I desperately wanted to join the girls. Unfortunately, I was attending a painfully gender-conscious Catholic school. Boys and girls were seen as very separate from one another, expected to dress and behave differently. I was a boy, or assumed I was. I didn’t know the words to use or have enough sense of safety to share what I really thought. So I stayed silent, feeling like a misfit with a dirty secret, cringing every time I was called a “quiet boy” or a “sensitive boy” for not fitting in.

That was 20 years ago. Today we’re thankfully seeing a rising level of acceptance of gender nonconformity in children. Television adverts depicting a boy in a dress or a girl in a super hero outfit are praised as progressive and welcomed. Parents and children are beginning to understand what it means to be transgender, allowing the kids to more freely explore who they are and seek out help if they require it.

But the media frequently paints this in the most sensational and negative light they can manage – sometimes even crying out that this is child abuse. I’d wager that in the last year you’ve seen a provocative headline about how young children are seeking help for gender identity issues at scandalously tender ages.

Just last week there was a story about a child removed from their mother’s care due to the emotional harm apparently caused by the mother’s claim that the child identifies as a transgender girl. The judge in the case criticised social workers’ ready acceptance of this. He also spoke out against the fact that as the litigation progressed the child was referred to predominantly as ‘she’, despite being ‘only’ between four and six years old. Without the details available it is impossible to know all of the factors affecting this case, including the child’s own perspective, and of course child abuse takes many forms. However, it’s interesting to analyse the language around the case and the arguments brought forward.

Stories such as these often depict the parents as controlling or neglectful, urging the public to condemn the family. Meanwhile everyone from Jeremy Clarkson to the Pope have weighed in, saying that children are being unfairly exposed to transgender ‘doctrine’, corrupting and confusing their young minds.

All of this is done under the guise of protecting children, but it’s woven into a dangerous and incorrect assumption: that kids cannot be transgender, or have any sense of their own gender whatsoever.

Transgender children exist – I know because I was one. There are thousands in schools all over the UK right now, many of them too afraid to tell us. The ones brave and lucky enough to have come out and found acceptance are now being carelessly depicted as deluded cis children or even pawns of pushy parents.

The notion that all children are cisgender and heterosexual is nonsense. Queerness doesn’t arrive at puberty, ready to transform a teenager from a well-behaved kid into a queer deviant. Many trans teens find puberty the scariest and most uncomfortable time of their life. They deserve to be protected, supported and most of all believed.

The sad truth is trans people are criticised whatever age they come out. As children they’re apparently too young to know how they really feel. As teenagers, they’re often accused of just wanting to be part of a trend and trying to stand out from their peers. Then as adults they’re told they waited too long and should have known earlier if they were really trans.

The core problem that all of this faux outrage and public discourse is dancing around is this: some people do not want anyone to be trans. They want transgender people to disappear into the background; they do not want the concept to become part of everyday life. By forcing children to conform to heteronormative cisgender standards, they believe they can stop those kids from coming out as trans. It is violent erasure and completely unacceptable.

What we need to do is change the narrative. We need to encourage the mainstream media to understand that being transgender isn’t self-destructive and certainly isn’t a choice. We need to destroy the stigma of being transgender as a horrible, doomed, salacious existence. You cannot punish, suppress, convince or ignore someone out of being transgender – it’s simply who they are, children included. Analysing, judging and interrogating trans children is only going to make them feel even more exposed and alone. The only way to truly protect those kids is to listen to them and let them be who they are.

Image of three bath toys on a shelf – an elephant, a crocodile and a duck