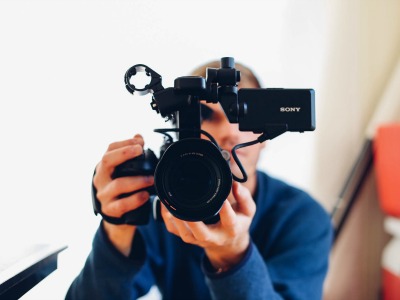 Infamous celebrity “prankster” Vitalii Sediuk has received much media attention for his attempts to manhandle celebrities. Perhaps most famously, he attempted to kiss Kim Kardashian’s rear as she exited a vehicle at this year’s Paris Fashion Week. He literally picked up model Gigi Hadid during Milan Fashion Week and he attempted to crawl under America Ferrera’s gown during the 2014 Cannes Film Festival.

At best Sediuk has attempted to invade the personal space of famous women but at worst his actions could be seen to border on assault, something he strenuously denies.

This phenomenon, if it can be called that, is not exclusive to America and glitzy film premieres nor is Sediuk alone in his proclivities. In the UK we are increasingly seeing self-styled pranksters document and share their actions, only without celebrities or red carpets. Instead, these young men are using hidden cameras in their homes and on the streets to record the reactions of their partners or other unsuspecting women.

Brad Holmes is one such man who has found YouTube fame through pranking. Holmes pranks his girlfriend Jen and records her distress on camera. Earlier this year Holmes rubbed a chilli on Jen’s tampon and waited for the inevitable chaos to ensue. Holmes may have deleted his video and made a sheepish apology but it is hard not to see his actions as anything other than a violation of Jen’s body, a woman he loves and has a physical relationship with.

His fellow YouTuber Julius Dein filmed himself pushing his girlfriend Amber into a river and also tipped a bowl of raw chicken hearts over her on Valentine’s Day (who says romance is dead?).

The most notorious example, however, is Sam Pepper who caused controversy with a video in which he appeared to be pinching women’s bottoms without their consent while pretending to ask for directions. After a huge outcry Pepper also deleted his videos and later claimed his online persona was fake, and that all his videos had been staged for the sole purposes of making money and increasing views. Irrespective of whether this is true or an attempt to deflect blame, this and all the examples mentioned above lead us to question why these young men view women’s bodies as theirs to toy with.

Historically the media has enforced the notion that women’s bodies are for public consumption; women’s bodies are discussed and dissected every day in the tabloids and used to sell anything from cars to cigarettes. It is to be expected that social media would follow suit in embracing this. Feminist author Caitlin Moran said that “A woman’s body is public property to a certain extent” at a 2015 Stylist Live event. While she was referring to the wider set of pressures women feel in ensuring their bodies fit a certain ideal, her words resonate.

The pranksters are using their partners’ bodies to orchestrate a performance. They remove their partner’s agency by carrying out their actions without their partner’s consent. The lack of consent is key here: when a man touches any woman without her permission he does so because he feels entitled to. Nico Lang calls this an act of toxic masculinity. In all of these situations, the word prank is deeply misleading. It suggests mirth and an element of harmlessness in its nature as if this is nothing more than youthful high jinks. This is where things can become dangerous.

In Kat Banyard’s book The Equality Illusion, she notes that one of the reasons rape myths are so prevalent is because “they are broadcast to literally millions through newspapers, TV and the internet.” Repeated viewing or hearing of a trope or myth somehow normalises these preconceptions and they permeate our culture, along with the way in which we discuss them. A similar process takes place over social media.

Between them, these men have millions of followers and it stands to reason that by watching these videos many of those people, namely the younger men, may start to think that not only is this behaviour funny but that it is acceptable and normal. This behaviour, therefore, has the potential to become part of the everyday sexism and microaggressions that many women face.

The message is that women’s bodies don’t belong to them, female agency is limited or non-existent and consent doesn’t matter. We shouldn’t accept this and we must not. There is something wrong if young women feel that by simply existing they invite this conduct.

Women’s bodies are not objects to be used for other people’s entertainment especially when consent is not given.

Image by Seth Doyle, from Unsplash. Used under a Creative Commons Zero licence.

Image is of a man pointing a video camera directly at the viewer. His face is mostly obscured from view. He wears a blue long sleeve shirt and appears to be standing in front of a white wall inside a house.