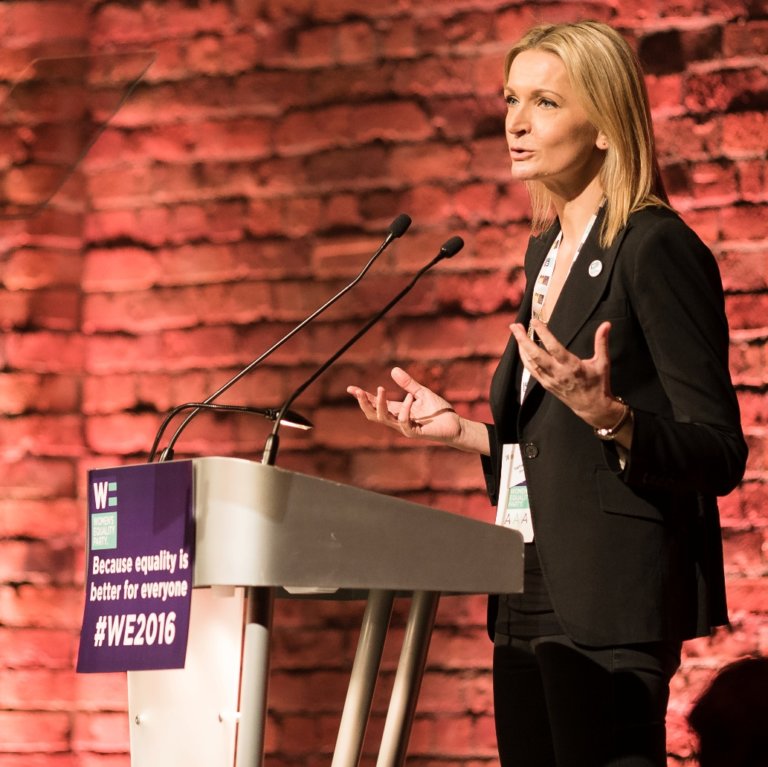 The challenges of non-partisan politics

On 25 November, 2016, in an echoey, red-brick warehouse in Manchester, the Women’s Equality Party’s first ever conference begins. Since its inception just 18 months ago, the party has attracted more than 65,000 members and has received a mixed reception from the media: The Guardian issues it with regular faint praise, while other outlets have dismissed it as a “middle-class ladies’ campaign group”. As a new member, I am keen to find out whether there is any truth in this label. Almost immediately, Sandi Toksvig addresses the problem of the party’s homogeneity as she opens proceedings in front of 1,500 excited, whooping feminists. She and Catherine Mayer (WEP’s other founder) were, in her words, “probably the worst people to start a political party […] we’re too white, too middle class. You could cut your tongue on my consonants […] although I do have that whole gay thing going on.”

To counterbalance this lack of diversity, she introduces an open mic session, in which everyone in the audience is invited to go up on stage to address the room. One by one, delegates step up to the microphone, demonstrating the variety of women who have been drawn to the party: teenage girls, disabled women, older women, students, dyed-in-the-wool activists and women who are completely new to politics.

This moment sets the tone for the conference, as the two days which follow are more about listening than talking. There are sessions on being “trans aware” which asks the WEP’s membership “how can we be an inclusive movement for trans and non-binary people […] ?” and discussions throughout the day on “building an anti-racist feminist politics”. Here is a party that does not hide the fact that it doesn’t have all the answers and not only wants, but needs, the views of its membership in order to fuel its evolution.

I wonder whether the party can really create detailed policy proposals out of 65,000 disparate opinions

I attend a discussion on social housing, which aims to gather views on what a feminist housing policy would look like. Jack Monroe, blogger and activist, speaks from their own experience as a single parent on benefits, and the difficulty they’ve faced with poor quality housing and out-of-the-blue evictions. The CEO of Women’s Aid, Polly Neate, then describes the link between domestic violence and homelessness, as two in every three homeless women are fleeing abusive partners.

Tensions arise when Betsy Dillner, the director of Generation Rent, proposes that landlords should be forced to pay a tenant three months’ rent when issuing them with a Section 21 eviction (where the tenant is told to leave through no fault of their own). Most attendees are in agreement, but one woman, a landlord and letting agent herself, argues that penalising landlords for issuing Section 21 evictions would force them to exit the market. “It’s business. Landlords are in it to make money.”

Jack Monroe retaliates, saying they are “upset” that “in what should be a female-centred, outward-looking, world-changing space, people are calling for women with young families to be treated like a nuisance and remain insecure.” An activist from Focus E15 (a campaign group which fights for ..social housing not social cleansing”) echoes Monroe’s points and says: “This is about putting the people who are most affected by the housing crisis first… If landlords want to leave their houses empty, the squatters will move in. Bring it on.” The discussion is left unresolved.

The party is non-partisan, and proudly so. Sophie Walker boasts that there is “huge appeal” for a party that works collaboratively and does not put itself in a trench and “chuck things at the other side”. But this session makes me suspect that tribalism may, to a certain extent, be inevitable in politics. Women are a large, diverse group, with a range of conflicting personal and financial interests, and the right-to-left political spectrum does not cease to exist simply because WEP attempts to not place itself upon it.

I ask Jack Monroe whether the party’s non-partisan approach could be a problem. They tell me that the party does need a range of experience from across the board to make policy change. “I bring my own experience, but people from other backgrounds can bring something very different […] Isn’t that what equality is? Without that range of experience, the party could be dismissed as […] just another lefty protest group […] I support its approach and hope it succeeds.” I want to share their positivity, but I am fully aware that a woman with a minority view had just brought her contribution to the table and it had hardly been welcomed.

In a later session, Catherine Mayer speaks passionately about the party’s desire to “enshrine difference” within its membership. But WEP’s inclusivity is a double-edged sword and the difficulty presented by its members’ divergent views becomes clear when we get down to the nitty gritty of debate. I wonder whether the party can really create detailed policy proposals out of 65,000 disparate opinions. Sophie Walker certainly isn’t wrong when she tells delegates that “non-partisan politics is the hardest job in the world.”

But the conference as a whole is about celebrating difference, not questioning it, as Walker’s leadership speech [link is unsubtitled] makes clear. WEP’s policy proposals would affect the lives of an ambitiously broad range of women. Walker pledges to push for the closure of Yarl’s Wood, the residential immigration centre where accusations of sexual violence have gone unanswered. The party will help women fleeing violence by advocating for more funding for women’s shelters. It will also help mothers, as pushing for affordable childcare is their number one priority.

She tells delegates that “learning how feminism has too often failed to understand the needs and experiences of women of colour, disabled women and LGBT+ women will be the litmus [test] of my leadership”. Excitingly, she gives policy examples that suggest this isn’t just lip service. WEP will push the government to seek out services “led by and for black and minority ethnic women and services that specifically respond to the needs and experiences of LGBT+ and disabled women”. She calls on the government to build an inclusive education system which shows young people that their race and class are no barrier to their success.

Towards the end of her speech, she makes a pledge that strikes me as vital to the party’s long term success. For the WEP, “One woman’s suffrage must not be built on the sufferance of another.” She seems to be advocating an idea of ‘sisterhood before self-interest’ as a core value. Part of me wonders how feminists could implement this principle in politics when we have rarely managed to make it work in our activism. I don’t have the answer to this. However, if this simple principle can be kept at the centre of every policy decision, overriding all other drivers and political biases, then the Women’s Equality Party can and will change politics for the better.

The photograph used is courtesy of the Women’s Equality Party. It shows Sophie Walker giving her leadership speech. She stands a long way away on stage in front of a large seated audience with a screen above her showing a close-up. Behind her is a huge expanse of brick wall, lit with glowing lights.