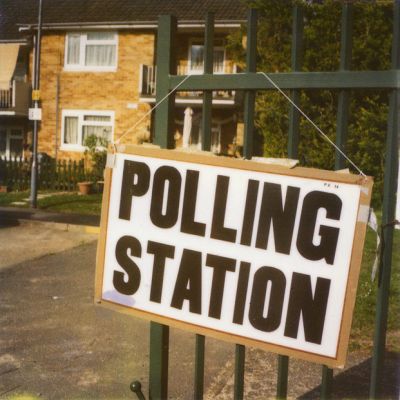 Anyone but the Tories Kate Townshend is a journalist, a feminist and a card-carrying wishy washy liberal. She likes cheese, gin, rivers and books. Her Twitter is @_katetownshend

Forget the seven stages of grief. More and more frequently over the past twelve months, I find myself going through five queasy stages of political adjustment. From shock and denial to apathy, fear and eventually, if I’m lucky, not acceptance but something at the polar opposite end of the scale – defiance perhaps – and the will to keep fighting and believe that there is a point to the continued fight.

So, it was yesterday when Theresa May returned to class after her break, ready to read us all an essay titled “Things I decided to do during the Easter holidays. (A tale of why I should be in charge of everything, forever).” Seemingly proud of her cliché-ridden ramblings, May basically used this as an opportunity to explain how naughty the other Westminster children were being in not just going along with everything she said, and how much better off we’d all be if we just let her take charge and implement ‘the people’s’ wishes. (All of this ‘the British people have spoken’ nonsense makes me imagine all 65 million of us standing on each other’s shoulders wearing one ginormous trench coat.)

Under normal circumstances, given how utterly and diametrically opposed I am to almost every decision this government makes, I’d be jumping for joy at the chance to put my vote where my mouth is. But, I suspect like many left-leaning types right now, the problem is that I have plenty of energy to channel into supporting a party and no clear party to support.

I like Corbyn’s policies but I worry that he remains too divisive a figure. The Liberal Democrats’ pro-EU stance matches my own, but I’m still wary of finding myself voting for yellow-clad Tories… particularly given that my last Liberal Democrat MP had a voting record almost indistinguishable from a Conservative. I admire the Green Party’s willingness to offer something different but they remain a party on the periphery.

It’s clothes shop syndrome all over again where the racks and racks of choice start to make me dizzy and the fear of getting it wrong and thus wasting time, or missing some perfect gem of a skirt that will make me look like Carey Mulligan becomes paralysing and all-consuming. Only, obviously, it’s a whole bunch more important than that, because people are being hurt – and will continue to be hurt – if we don’t seize this chance to chart a different course for the country. (See, Theresa May, two can play the ‘use some sort of vague navigational terminology’ game.)

What I’ve realised though is that my uncertainty when it comes to who to vote for is something I have time to work on. And actually, I am clear on the absolute most important thing in this election.

Anyone but the Tories.

If you don’t want this suicidal hard Brexit ripping the country apart, anyone but the Tories.

If you voted for Brexit because you thought things could hardly get worse, anyone but the Tories.

If you care about the NHS, anyone but the Tories.

If you think that women being expected to prove they’ve been raped in order to claim benefits is ridiculous and barbaric, anyone but the Tories.

If you’d rather Scotland stayed with the union, anyone but the Tories.

If you think there’s a chance that you or anyone you love may at some point be poor, old or sick, anyone but the Tories.

I know, I know – they’re points ahead in the opinion polls and some of the right-wing newspapers are already forecasting – with predictable glee – landslides of blue votes burying every library, community centre and hospital in the country come 8 June. It’s inevitable they want us to believe this, of course – who has the energy to try to challenge a foregone conclusion?

But hey, upset apple carts are all the rage on the political catwalk this season and the idea that mid-June will see every wishy washy liberal being righteously beaten around the head with a copy of the Daily Mail is currently just as much of a fantasy as some messed up world where people decide instead to send the message that they’re not buying what Theresa is selling.

I still feel waves of despair when I hear the Tories on the radio, complacency oozing from every syllable as they parrot the same soundbites that have served them well so far. But if pride cometh before a fall, then goodness knows they’re due.

And if June doesn’t, as all common-sense and logic and decency would suggest it should, herald the end of May, I want to at least be able to look my nieces and nephew in the face and tell them I tried.

So let’s all at try to pick a party or a candidate or even a cause and try to make a difference.

Anyone but the Tories.