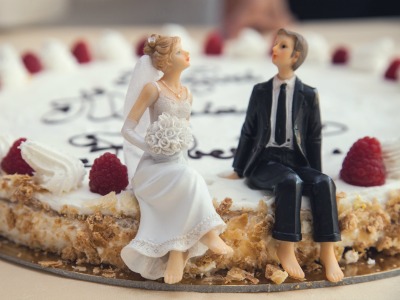 Can mum be the word when it comes to modern feminism? A couple of months ago, my mum and I had a conversation about marriage and children — a conversation that usually boils down to me declaring that I will never even consider changing my name and my mum expressing that she doesn’t want me to miss out on raising a child.

The conversation followed this usual pattern until my mum changed things up and said “I don’t feel like young women today respect the decision I made to have children and revolve my job around that choice.”

This definitely shocked me. I never felt like I had told my mum that her decision to be a childminder so she could raise my brother and I while still working or the fact that she took my dad’s name was one I didn’t respect. Despite this, how she felt couldn’t have just arisen from nowhere.

I began to consider how I had expressed myself in the past and one particular moment got stuck in my mind. I remembered saying something like “My name is who I am. I am not giving up that for someone else”. My mum promptly shot back that she didn’t feel as though she had lost part of herself by taking my dad’s name and that certainly wasn’t what I was insinuating, but looking back it was very obvious how it sounded.

This got me thinking: is the way young, modern feminists like myself talk to our mothers about the choice to get married and have children alienating them?

When my mum was getting married and thinking about starting a family in the mid-1980s, the pill had become commonplace and the Equal Pay and Sexual Discrimination acts had been passed about a decade before. Yet, as best put by Lynne Harne, “…the destiny for middle-class women even if they had been to university was that they would get married, not work and have children”.

Big social changes were happening but some things still remained the same. This didn’t mean my mum felt trapped by a predetermined societal destiny because she wanted to have a family. It made me realise that deep down, part of me simply assumed that she might have wanted something different but felt restricted. I realised that a part of me couldn’t simply accept that wanting a family was more than enough for her.

How could I expect my mum to respect my choices and listen to my frustrations when I had never shown her that I respected and understood the frustrations she had experienced in the first place?

My mum was a teenager when the first Reclaim the Night marches happened in the UK. She was a teenager at a time when many feminists were rallying against violent pornography and when women’s committees were created in local authorities.

Then she became a mother. She began instilling all the things she had learnt (even if it may have been subconsciously) from the feminist movement of her generation into me: I should always vote because people died for my right to, I should never continue a relationship with someone who abuses me and, above all, that I was just as capable as any man in the workplace or at school.

Now, I know how insulting it must have been to listen to me banging on for years about marriage being an archaic institution and how I didn’t want children because I’d rather have a career — I can assure you, it was never said with sensitivity.

My mum had given me these core, feminist principles that made it possible for me to make my own decisions separate from the pressures of society, but that didn’t mean she felt any regret about her own life choices.

She didn’t think that she had sacrificed a career for a family; it was a decision she happily made and something I had never thought about. All of this added up to my mum feeling like she was not represented in modern feminism, saying that younger women – myself included – always assumed that her life was the result of not having choices. That just wasn’t true.

This new perspective that I hadn’t considered before led me to wonder if mothers now feel the same kind of alienation my mother expressed. Things have progressed further since my mum was a new parent but it’s no secret that mothers today are still faced with choices in a society that is constantly pulling them in opposing directions.

Of course, no decision is made in a vacuum and I’d argue that the explicit and implicit pressures on women to start a family are prime examples of this. Before a woman even becomes a mother she faces pressures from family, friends and other external mediums, perpetuating motherhood as part of achieving the “woman who has everything” lifestyle.

If you are a newly-married woman, you can expect to be asked, either on your wedding day or very soon after, whether you are thinking about having children, with eager family members making prodding comments at you about them wanting to be an aunty, grandfather etc.

Mothers are told not to breastfeed in public, but then also told that feeding their child formula milk isn’t the best for them. They are expected to want to continue their career or return to work but are then chastised for not caring for their children themselves or encounter difficulties when trying to find childcare altogether. My own journey through the forums of Mumsnet only confirmed what I was thinking – mothers do sometimes feel like they can’t call themselves both a feminist and a mother.

One mother said that she felt like a hypocrite and less of a feminist for scaling back her own career and taking care of children instead of her husband becoming the primary caregiver. Another expressed that the push for equality through career progression was something too heavily focused on and that striving for equality through that channel was a rather male-measured view of success. Although all of the responses to these comments were positive and supportive of the mothers who were feeling distanced from the feminist movement, it shows that not enough discussions are being had about the issues mothers face that are inclusive, rather than positing career aspirations as the only acceptably feminist alternative.

Like my interactions with my mum, I had good intentions but might not have considered how my opinions were expressed. Too often, I have dismissively said that it is a woman’s choice to have children and stay home to take care of her children, but how much can I say that I understand these women’s experiences? I can’t imagine what it is like to be a mother but mothers know what it is like to not be one. The mutual understanding between mothers and some young women is not being reciprocated in the way it should be.

It is a small thing to take a moment to consider what you are saying from the perspective of another person who is in a different situation to you, and that is how feminism can play its part in supporting our mothers who are questioning their place in the movement. We just need to listen to these women and support them fiercely so their doubts are quashed before they become alienated from a space that is meant to include all those striving for equality.

Image is a close-up of a bride and groom cake topper. Both figurines are sitting on the edge of the cake, between two raspberries. The cake has white icing and is decorated with raspberries and blobs of whipped cream