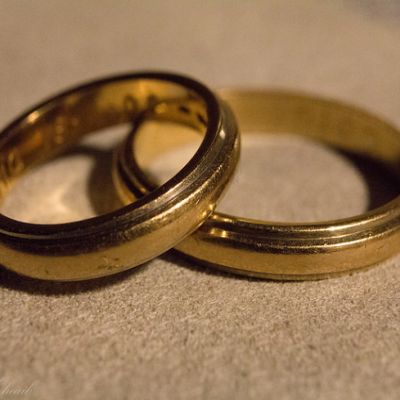 No-fault divorce: time for the UK to catch up? This is a guest blog by Mercedes King-Jones. She is a Divorce Lawyer and Partner with Wright Hassall LLP

There was a certain irony that the Appeal Court hearing into Tini Owens’ divorce case was scheduled for 14 February 2017. The subsequent judgment attracted acres of newsprint, with much criticism being erroneously directed at the judges for the outcome of the case.

In a nutshell, Mrs Owens’ desire to divorce her husband was thwarted by his decision to defend the petition. She cited, as she must under the current law, the only one of the five reasons for seeking a divorce which was applicable – that of ‘unreasonable behaviour’. Because her husband chose to contest the divorce, all the allegations underpinning her charge of unreasonable behaviour had to be tested in the Family Court under the terms of the Matrimonial Causes Act 1973, the most recent legislation in this area. Because the judge found that her evidence was ‘flimsy’ at best and ‘scraping the barrel’ at worst, he had no option but to refuse her petition. She appealed and the Court of Appeal upheld the previous judgment – albeit with much criticism of the existing law.

The nub of the matter, acknowledged by both Judge Tolson in the Family Court and Lord Justice Munby in the Appeal Court, is the requirement for someone who wishes to get divorced to cite one of five reasons: adultery, desertion, unreasonable behaviour, two years’ separation with consent of both parties, or five years’ separation without consent. The law does not recognise unhappiness in a marriage as a reason to seek a divorce and, as it stands, only allows a judge to grant a divorce if, on the balance of probabilities ‘the respondent has behaved in such a way that the petitioner cannot reasonably be expected to live with the respondent’. In turn, this can only be established by applying the objective test: what would a ‘hypothetical, reasonable observer make of the allegations?’

Mrs Owens filed for divorce in May 2015. Although Judge Tolson acknowledged that the marriage had broken down, he refused to grant a divorce because Mrs Owens had failed to prove that her husband had behaved unreasonably. Mrs Owens’ legal team put forward 27 examples of her husband’s behaviour which the Court examined in detail in order to decide whether or not the cumulative impact of the behaviour was such that made living with him impossible. Although Judge Tolson found Mrs Owens’ evidence ‘hopeless’ against the standard of evidence required by the law, he acknowledged that his decision left Mrs Owens without anywhere to turn.

At Appeal, Lord Justice Munby noted that Appeal judges can only interfere in a previous decision which cannot be reasonably explained or justified. In this case the Appeal Court agreed that Mrs Owens had exaggerated the context and seriousness of the allegations, and thus it upheld the Family Court’s decision – albeit with a considerable ‘lack of enthusiasm’. Lady Justice Hallett went on to make the point that the criticisms levelled at the husband would probably be tolerated within an otherwise happy marriage but would be intolerable within an unhappy one.

All the judges agreed that the law was inadequate as this marriage had quite clearly and irretrievably broken down but not in a way recognised by the law – and judges only interpret the law; it is Parliament’s responsibility to make or change it. This anomaly in the law rarely comes to light because so few petitions are defended. If a petition is defended, the claim of unreasonable behaviour (the most frequently cited cause of marriage breakdown) has to be tested in court. Because solicitors are encouraged by the Law Society and Resolution to use relatively uncontentious examples, not least to avoid inflaming an already difficult situation, most will be too anodyne to withstand detailed scrutiny. As the Appeal judges pointed out, the laws on which they have to base their decisions are based on ‘hypocrisy and lack of intellectual honesty’.

It just so happened that the day before the Appeal hearing, the Lords’ spokesperson for the Ministry of Justice stated, in response to a question, that there were no plans to change the current law relating to the fault-based system of divorce. Most women trapped in an unhappy marriage can (and do) cite unreasonable behaviour, confident that their petition will not be defended. If it is, then unless they have made allegations which are sufficiently robust to stand up in court, they may find themselves completely disempowered, left with no option but to wait five years. This can have a significant impact on their mental health and ability to move on with their lives.

Even if the allegations are robust, for example being subjected to domestic violence, they have the additional stress of submitting hard evidence of this, which can involve re-living trauma and coming into conflict with their partners.

The argument for reform is strong and Mrs Owens’ experience may be just the nudge that Parliament needs to carry out a root and branch review.