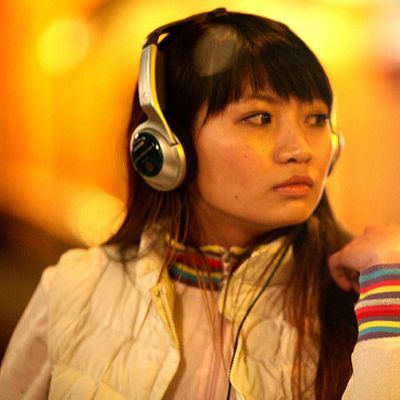 The (anti)feminist teachers in popular media Madeleine Pownall is our monthly guest blogger for May

In everyday life, our behaviour is shaped by experiences and sociocultural norms – ‘rules’ that society has about what behaviour and values it deems appropriate. Historically, the enforcers of these norms were parents, teachers and peers. But now there is an additional dimension. Popular music, television, social media and celebrities have a significant influence on how we think and what we do.

Growing up, my Mum was an active feminist and instilled a real sense of female empowerment in our house. Naturally, when I grew older, she was horrified at the anti-feminist messages she could no longer shelter me from. Listening to the UK Top 40 on a Saturday morning taught me more about how society views women than anything or anyone else. The Kardashians are now held up as beacons of sisterly unity, Beyoncé is a feminist icon and many of us learn more about sex from Geordie Shore than we do at school. How do we ensure these lessons are not damaging? After listening critically to recent music hits, I am apprehensive for the next generation of women.

I would argue that although there are some dynamic and empowered figures in the industry, music is now the primary source of female objectification. Researchers have suggested that women in popular media “emphasise passivity rather than agency and power”, which undoubtedly has an impact on how the women consuming this media perceive themselves. This is particularly relevant in sexualised videos which reinforce female subordination. In music, are women now just perceived as an accessory of manhood? As a sexy, pretty, contoured appendage to the man’s message? To answer this question, I read through the lyrics of some songs that have featured in the charts over the past couple of months.

Take the first song, Black Beatles (feat. Gucci Mane) by Rae Sremmurd. Made famous by the (now infamous) mannequin challenge, this has been repeatedly played in public arenas. A quick YouTube search will also reveal that this song has been used as the backing track for many videos recorded seemingly innocently in primary schools. Admittedly, it has a repetitive and infectious beat. But then we get to the lyrics: “Rockin John Lennon lenses like to see ‘em spread eagle/ Took a bitch to the club and let her party on the table”.

What does this tell us about the society we have cultivated for ourselves? How can I, as an enthusiastic university student, expect to make a valued contribution to combat sexual objectification when this music is everywhere? How can psychologists get people to listen? Kendrick Lamar raps alongside Maroon 5 in Don’t Wanna Know, sending out the disturbing message that women are ‘owned’ by men: “Do he woo you like this?…Maybe his right now, but you body’s still with me”. The lyrics is popular songs are increasingly one-note, and this note becomes difficult to bear. Women exist for the pleasure of men.

Sexual objectification and oppressive gender stereotypes are huge barriers for women in their everyday life, and particularly when women internalise these. Research shows that self-objectification significantly hampers women’s engagement in protesting sexism.

Even Little Mix’s preppy and poppy new hit Shout Out to My Ex, which attempts to be feminist and empowering, reinforces the message that women gain power solely through their sexuality: “I hope she getting better sex/ hope she ain’t faking it like I did, babe”. The Theory of Precarious Manhood
views masculinity as a trait which one must actively strive to obtain. Little Mix attempt to regain their own agency by belittling men’s – is this really symbolic of an equal relationship?

We have libraries stacked with books about the importance of feminism, and every year there are hundreds of conferences and events where academics meet to discuss gender, sexuality and self-perception. I now find myself asking, who is actually listening to this message? Who is it affecting? The last book I checked out of the library, Women and Gender: A Feminist Psychology, was an intelligent, exciting, compelling analysis of gender roles. Before me, the last person to take it out of the library did so in 2009 (my heart sank). Of course it is vital to continue to challenge and discuss gender stereotypes in a psychological and academic context, but there is a chasm between this world and the world of popular media. It is up to us to decide which will be most influential.