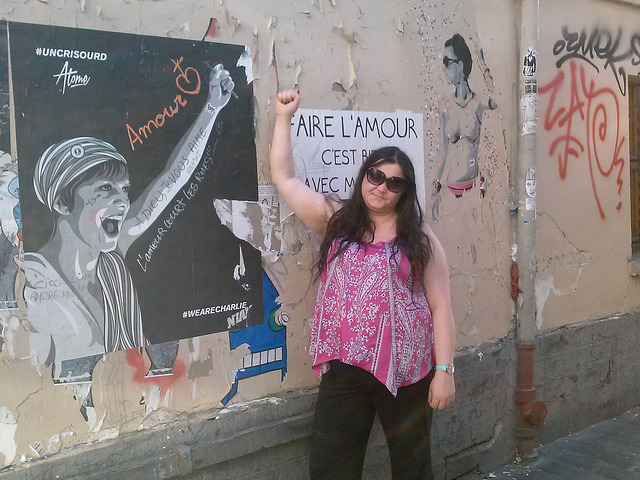 From the article: “Reported in Uganda publication New Vision. The success of this study could mean a massive reduction in the transmission of HIV – Experts say over 500 girls get infected with HIV every week and that the teenage pregnancy rate is very high.”

Global contraceptive drugs and devices market to surpass US$ 35.7 billion by 2024 (Crossroads Today)

The Girls’ Soccer Team That Joined a Boys’ League, and Won It (NY Times)

When you say you’re trans, the constant refrain is ‘Can’t you just not be?’ (CN Lester at The Pool)

A healthy baby isn’t the only important outcome of birth. A healthy mother is too (Sydney Morning Herald)

From the article: “This year’s Power Part Time List of outstanding business leaders includes nine job shares, and over half the people on the list were actually hired on a part time basis, from day one in the role. Proof that employers are getting more creative in shaping roles to attract the talent they want.”

What We Mean When We Say “Femme”: A Roundtable (Autostraddle)

From the article: “I want to be the one who gets to ride on the horse and “save” the princess, and I want to do it in a skirt that does the Thing when I spin around.”

Believe it or not, but the Tories are running an energetic election campaign – you just can’t see it (New Statesman)

From the article: “The precise message is tailored to target voters. It also remains safely hidden from the scrutiny of the national media, on citizens’ computers and in their local press.”

From the article: “Black women’s uncomplaining fealty is so taken for granted that Black women are expected to operate outside the basic tenets of America’s one true religion—capitalism. We alone are supposed to reward brands with our dollars whether or not they target or value us as consumers. The free market isn’t supposed to be for the likes of us.

The irony of this situation is that SheaMoisture created the now-infamous ad to woo a non-Black customer base – namely white women. No one expects these women to purchase beauty products that do not center them. A brand has to demonstrate that it recognizes and can fulfill white women’s beauty needs…”

Sex Work Is Inherently Traumatic… but not the way you think it is, and if you’re a civvie it’s probably partially your fault (Kit Snicket at Medium)

From the article: “People think that the emotional pain that comes from sex work is the emptiness that must come with offering your body up to strangers, but it isn’t. Clients come and go, if all goes well they leave no mark. The pain comes from others. Being reduced to nothing but your job by somebody you thought was a friend is some real fucking emotional pain. Never being just Kit, but being Kit the whore, is pain, especially when you’re constantly bombarded by messages saying that your labor makes you different, even subhuman. Especially when you’ve been hearing that hookers aren’t the same as women since before it occurred to you that you might not be able to make it as a ballerina or a princess or a painter.”

If you’re interested in the above article you might also like to check out Hannah Murden’s piece for the F-Word: Can mum be the word when it comes to modern feminism?

Nicola Sturgeon: I have a ‘girl job’ – it’s called running the country (inews)

Tesco replaced their Merseyside model’s voice with a “posh” woman – why? (The Pool)

From the article: “It’s as if we’re only allowed to be visible as women if our voices imply a certain level of wealth, education and class. We all know that feminism has a privilege problem, and that it’s the women who have the most who are most likely to speak out and be listened to.”

COMMENT: Places that are still safe if you are white (Nayuka Gorrie at NITV) [Satire]

From the article: “In a bold move of ‘reverse racism’ last week Narrm based blak arts collective, Real Blak Tingz exhibited “Unnaturalized”, as part of Yirramboi festival. Part of the work has drawn criticism from noted supporters of Aboriginal people, including the Herald Sun.”

The image is used under a creative commons license with thanks to vonguard on Flickr. It shows a person in a pink patterned vest top, black trousers and sunglasses stood in front of a wall covered in street art. The most prominent image on the wall is of a person with a bandana wrapped around their hair. They have one fist raised in the air; their mouth open as if perhaps chanting at a protest. The person in the foreground is mirroring the pose, with one fist raised high in the air.