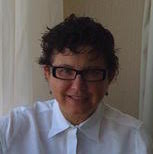 “I am drawn to the fire”: Being Ruby Rich programme at London Barbican next week B. Ruby Rich is the High Priestess of feminist and queer film criticism. Her pieces for magazines such as the Village Voice, the Chicago Reader, Sight & Sound and The Guardian are collected in her two books: Chick Flicks: Theories and Memories of the Feminist Film Movement (1998) and Queer Cinema: The Director’s Cut (2013). She was part of the collective that programmed Chicago’s Women in Film Festival from 1974, and has since championed feminist, LGBTQI, Latin American and documentary cinema as an exhibitor, funder, critic and professor.

She has shared that history on screen in documentaries such as !Women Art Revolution (Lynn Hershman-Leeson, 2010) and Feelings are Facts: The Life of Yvonne Rainer (Jack Walsh, 2015) and she’ll be sharing it in person in London between 21 and 26 June for Being Ruby Rich, a programme curated by Club des Femmes to celebrate her vision.

Here’s a quick taster Q&A with B. Ruby Rich to inspire you to join in the celebration:

What first drew you to film – and to feminism? And were those attractions entwined from the start?
Ah, they were certainly not intertwined! Not at first, anyway. I got into film by the back door: selling popcorn at my college film society to make my rent money. Then I started a summer film society in the days of 16mm with my pals, building a screen, hand-coloring the posters, booking the films and writing the publicity, dressing up in costumes to go with the films and giving out free popcorn (hmmm, a sort of progression there). It wasn’t until I began working at the Film Center—today the Gene Siskel Film Center, but not back then—in Chicago that I got a proper apprenticeship, reading film journals, meeting film directors, writing program notes. Film for me was a zone of sociality, a place as much as an idea, a way to constitute community. When the women’s movement began to flourish and I was swept up into the planning of a women’s film festival, cinema in a way became my gateway drug into feminism. And there was no turning back: from then on, those worlds definitely began to blur and merge and influence each other so much they became inseparable.

You’ve witnessed and participated in the emergence of three film movements (at least): feminist film in the 1970s; New Queer Cinema (NQC) in the 1990s; and now social documentary. What galvanises a film movement/moment – and how do you spot the trend?
Ah, but do I? Perhaps I just dream them up. I think I’ve been extraordinarily lucky with the times in which I live – but in truth, I think that more people could be writing from the center of quite different circles and movements. I am drawn to the fire, I suppose, of those historic synchronicities that I’ve been privileged to document.

“New Queer Cinema” has entered general parlance: what’s it like to coin a phrase that takes off (I guess now we’d say “memes”)? And what does that phrase mean to you 25 years on – including its international transmutations?
Ha! You have to stumble onto something that turns into a marketing hook, I suppose. Back in the 1980s when I wrote my first theoretical essay, ‘In The Name of Feminist Film Criticism’, I invented all kinds of names and terms that never took off and were rarely ever cited again. But flash forward nearly 20 years and I hit on something that had immediate use value for film distributors and exhibitors: the NQC was used as a brand to market these movies. So it’s a bit of a bittersweet achievement, really: memorable but misunderstood, in terms of that film movement, as its mainstream acceptance was painted in the same colors as its outside-the-market rebellion. Not the first time that’s happened, of course, but awfully fast.

2016/17 has been an incredible year for African-American and African diaspora documentary makers and documentaries (as well as feature films): has there been a turning point? Why these stories now?
I think that the Black Lives Matter movement has created a broader audience for films that were made but attracted less attention in the past. These films of 2016-17 did not come from nowhere: there’s been a movement and cycles of attention as long as I can remember. It’s the audience that’s changed: it’s become so much bigger. And it’s the demand for “content” by the new online film platforms.

You’ve talked about a “cinema of urgency” – what do we need most urgently to make that happen?
New times demand new visions. We need new film languages and rhetorics. I think film is really lagging behind, actually: it needs to be addressing the issues in people’s lives, the changing oppressions as well as the changing dreams and ambitions. And there needs to be a shift of style and way of engaging audiences. People are in need and audiences are ready for change. Can’t all happen at the polling places!

As this Q&A took place via email, we retained original American spelling in B. Ruby Rich’s answers.

Picture by Mary Peelen.
Image description:
A white woman with dark short curly hair is sitting on a wide window sill, resting her elbow on the window. She’s wearing black trousers and a white shirt and has black rimmed glasses and earrings. It’s film critic B. Ruby Rich.