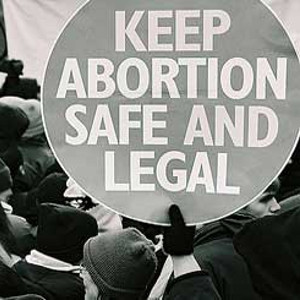 Bodies are not bargaining chips On Thursday night and Friday morning, many of us with left wing, progressive values went on a rollercoaster of emotions. The stunned disbelief I felt upon hearing the exit polls was followed by something close to jubilation as I realised that the country had not given Theresa May the clear mandate she had demanded. Suddenly, having felt resigned to years of unstoppable Tory governance, I realised the media’s analysis had seriously misunderstood how many people felt. I’m all too aware that I exist in a social media bubble so I assumed my experiences would lead me to miscalculate left wing support. After a year of feeling increasingly isolated by national and global political events, it is genuinely heartening seeing the shift of votes and high turnout after just two years of Tory majority rule.

But we’re in 2017 now, so no good news comes without a sting in its tail. Like many others, I found myself scrabbling around for more information about the Democratic Unionist Party (DUP), who it was rumoured might go into coalition with the Tories, thereby just about tipping them into a weak majority.

I was aware of the DUP’s involvement in the Cash for Ash scandal, which ultimately led to the recent snap election in Northern Ireland, leaving the nation without a government for several months. There are, of course, numerous reasons why a coalition with one of the Northern Irish parties is likely to be problematic and concerningly might have implications for the Good Friday Agreement.

However, I was not fully cognisant of the extent of the DUP’s regressive positions and the offensive views often touted by party members, relating to areas including women’s rights, LGBT+ rights and freedom of religion.

We have to worry about what May (or whoever the next Tory leader will be) will be willing to put on the table. They must be hungry for support.

On Saturday, in an interview on the Today programme on Radio 4, Conservative MP Owen Paterson raised the possibility of a parliamentary debate on abortion time limits. To be very clear, he was not saying this was part of a deal with the DUP or saying that such a debate would definitely happen, but he was mentioning it as a possible area that might come up.

Although the Abortion Act of 1967 made abortions legal in most of the UK, there were still numerous restrictions, including the need for approval from two doctors, and abortion remains illegal in Northern Ireland. Writers for The F-Word have frequently called attention to restrictive abortion laws in Northern Ireland, as well as highlighting where there is lack of access to abortions throughout the UK.

Although the original law was passed 50 years ago, there have been several votes relating to abortion rights, and it is vital that we are aware that guaranteeing these rights is not a foregone conclusion. Theresa May has previously voted for a reduction in the legal limit on abortion from 24 weeks to 20 weeks, and when there was a vote in 2008 to reduce the time limit to 22 weeks, there were 233 MPs for this (defeated by 304 against). It’s not only a Tory pastime – current leader of the Liberal Democrats, Tim Farron, voted to reduce the time limit to 21 weeks and introduce compulsory counselling for women seeking abortions as well as a “cooling off period”. This was in 2006, but Tim hasn’t been present for any other votes relating to abortion since then, so I think it’s fair to imagine he won’t be a firm advocate for people who need abortions.

It has not been made explicit that abortion rights will be up for negotiation, but even the suggestion that this could be an issue that might be impacted by a Conservative-DUP alliance is outrageous. The UK should be seeking to ensure that all people who need abortions can access them safely, not considering regressing on rights that were hard won.

At this point, I have very little trust that my rights will be robustly defended by the new government. We must make it clear that our bodies are not mere pieces in a game, but defend our rights as non-negotiable. The situation is constantly developing – I’m sure that for many readers, things in this post will already be outdated – but the insecurity of the government is all the more reason for vigilance.

The photo is by openDemocracy and is used under a creative commons licence. It is black and white and the focal point is a circular sign reading “KEEP ABORTION SAFE AND LEGAL”, held by someone in a crowd.