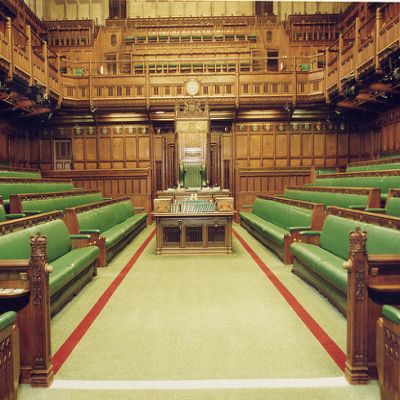 This is a guest blog by Jackie Thomas. She is a feminist, a Francophile and lectures at university. She loves the analysis of painting and film, and has never been a supporter of referendums

Whatever the newspaper you have been reading this week, they have almost all run the same headlines: ‘Britain makes history! A record number of female MPs win seats in 2017 General Election’.

Let’s be clear on the figures – believe me they are nothing to boast about. Of the MPs elected into Parliament last week, only 208 were women. While this is a very welcome 6% increase on 196 in 2015, it represents a mere 32% of our MPs overall. An increase the Fawcett Society claims is totally inadequate and actually indicates that progress has stalled compared with previous years.

According to the London School of Economics and Political Science, the UK would now rank 39th in the Inter-Parliamentary Union’s global league table of parliamentary representation. This puts us behind many of our European neighbours, African and Latin American states. And this despite having jumped after the 2015 election from 58th place into 36th.

With women representing 61% of its MPs (lower or single house), Rwanda heads the list of the top 10 countries that have used gender quotas to achieve a more balanced Parliament. And more recently in France, President Emmanuel Macron submitted his gender equal list of candidates for the parliamentary elections before announcing his 50/50 senior cabinet, and is poised to seek equal representation in the French government. Bulgaria, Nicaragua, Canada and Sweden have also broken through the 50% threshold of women MPs.

However, the stagnation in numbers of female MPs has not been reserved to the UK. This is a worldwide trend which puts us in danger of failing to achieve the United Nations Sustainable Development Goals set out in 2015 by world leaders.

Given the need to pick up the pace, should the UK be rethinking its position in the debate on gender quotas?

Countries with more balanced parliamentary representatives are distinguished from the UK by their use of legislated quotas for women. While there has been a lot of discussion in this country focusing on meritocracy and party politics, the decision to implement quotas has never been adopted across parties. Some parties are much more in need of women than others. The recent election saw 45% of Labour seats being won by women and the SNP, despite losing seats, increased their proportion of female MPs by one percentage point to 34%. The Conservatives were at a standstill at 21%.

The Women and Equalities Committee strongly recommended in January that penalties should be imposed on parties who fail to guarantee that at least 45% of their candidates are women as of 2020. Despite this, the UK government has not only failed to come up with any legislative change in time for this month’s election, but has also showed a serious lack of commitment to do so anytime soon. And sadly the momentum gained in 2015 to crack the political glass ceiling has fallen foul once again of our propensity to exaggerate our achievements.

In this unstable political climate we are sure to see gender equality pushed even further to bottom of the agenda in favour of what our political parties consider to be more pressing issues. Yet days before the Brexit negotiations are due to begin is not a time to be complacent about the remarkable contribution of the EU to gender equality and what this has meant for British women in terms of equal pay, employment rights and protection against discrimination.

All of this should also be examined in the context of the shameful treatment suffered by female MPs throughout the election period. The defeat last week of the candidates representing the Women’s Equality Party after weeks of abuse and death threats, and the vicious and prolonged attacks on MP Diane Abbott, speak volumes.

We desperately need to acknowledge the many barriers women face to entering political office, including the media scrutiny of MPs and their families, the masculine culture of Parliament, the lack of flexibility and support for those with primary caring responsibilities, the cost and time demands of being a candidate, potentially biased selection processes, and not enough encouragement of women into politics.

Many of these factors also come into play for ethnic minorities and disabled people who, although elected into Parliament in record numbers this year, remain woefully underrepresented given the diversity of the UK.

The combination of these challenges result in a wholly unequal playing field, which means that talent and hard work are not guarantees of success. Introducing gender quotas is the only way to get us where we need to be – to a place where Parliament is representative of the country it serves.

Editor’s note (17/06/2017): Some details in this post have been corrected in line with Megan’s comments below it