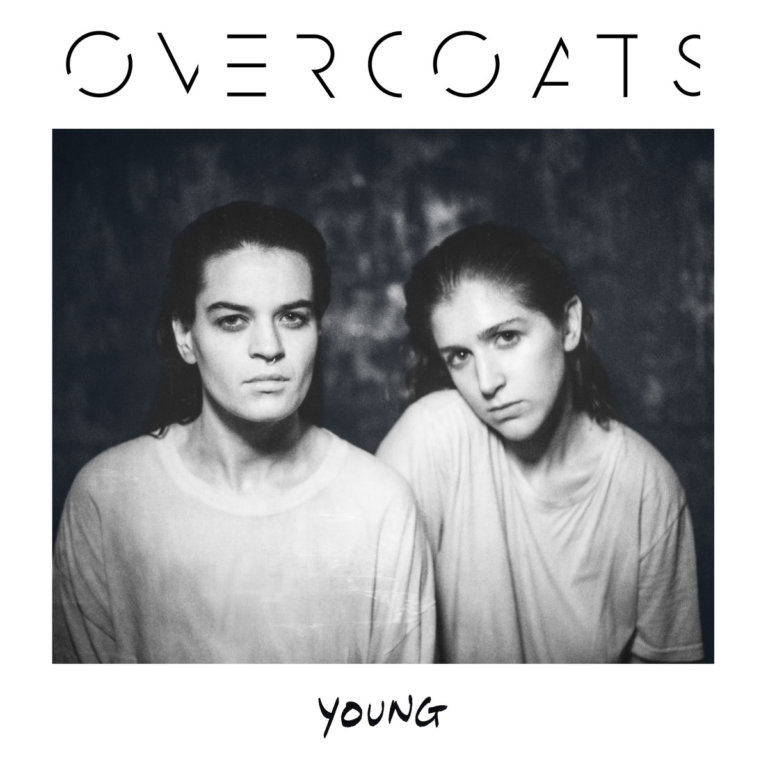 JJ Mitchell and Hanna Elion first met as students at Wesleyan College in the US six years ago. Friends from the start, they also discovered that they shared the same favourite song (Amy Winehouse’s ‘You Know I’m No Good’), but it wasn’t until their final year that they began to write songs together. As they told NPR in April, their first three months of songwriting together comprised of midnight-3am writing sessions after they’d finished working on their theses each night. Their roommates were reportedly “so pissed” by the end of the year.

Early singles and EP’s such as ‘The Fog’, ‘Little Memory’ and ‘Smaller Than My Mother’ revealed a band that could produce confident experimental soul tinged electro pop with equal ease to Simon & Garfunkel-esque folk and bruising electro minimalism. The single version of ‘Smaller Than My Mother’ was a particular masterpiece: the beats and vocal intimacy of the DNA mix of Suzanne Vega’s ‘Tom’s Diner’, wrapped in beguiling lullabied backing vocals, coupled with heartbreaking vocal harmonies that casually but brutally related a tale of a woman being slowly diminished and destroyed by her partner.

It is perhaps this latter song, amongst others, that has led to the band’s music being described as akin to a “diary entry that no one was supposed to hear”. Their strengths are seemingly bright, catchy, danceable songs (the dancing is very important and is a motif of their live work) with impeccable harmonies that take a microscope to what goes on behind closed doors in heterosexual relationships. Here, you will find a forensic analysis of the pitfalls of early marriage (‘23′), the raw emotions of anxiety and depression (‘Nighttime Hunger’ and ‘Father’) and vulnerability (‘Siren’). But these are not depressing songs; they are empowering. The band’s modus operandi is to take dark emotions and experiences and turn them inside out, to reclaim them, and to draw strength from singing about them and dancing like dervishes. It’s a sort of genteel exorcism, an assertive expelling of demons that is fascinating to watch and equally uplifting to listen to. Rather than depression subsuming them, the duo seem to give it the finger.

‘Nighttime Hunger’ is an anthem against anxiety, depression and feeling lost and there is a sense of the band chanting away their night terrors in harmony

Because of this dynamic, Young was a hotly anticipated album for me. Each track released ahead of the album’s release in late April seemed to promise great stuff, and I was not disappointed. Alongside the re-worked and enhanced older songs (‘Smaller Than My Mother’, ‘Walk On’, ‘The Fog’, ‘Little Memory’) are fresh new songs, all assembled and intelligently ordered into an album that is part diary, part exorcism, part dance party, and often all in the same song, as evidenced by the dancey minimalism of ‘Leave The Light On’.

The album opens with ‘Father’, a sparse, almost a cappella piece with a repeated lyric becoming increasingly layered and submerged in electro fog: “My father understands the demons I wrestle with in my daydreams. And knows what to say when they are winning. And I go spinning, go mad, screaming ‘I don’t need your help’. He knows that means I need it bad.”

Some of the most electronically experimental tracks prove to be the most emotionally powerful. The glitchy, crunchy beats of ‘The Fog’ become the backbone, forming around crystalline vocal harmonies, with a powerful soul chorus refrain of “freedom is when I’m without you”. Similarly, ‘Nighttime Hunger’ is an anthem against anxiety, depression and feeling lost and there is a sense of the band chanting away their night terrors in harmony. ‘Siren’, meanwhile, draws on the motifs of Greek myth and The Odyssey to describe an emotional disconnect that sees them pleading “Please don’t pull me down, I think I’m drowning”.

The guitar-based folk of ‘Little Memory’, the first song Elion and Mitchell wrote together, is both sparse and atmospheric, combining the storytelling and harmonies of Simon & Garfunkel with the melancholy sparseness of Chet Baker and the lacerating pain of Amy Winehouse. ‘Walk On’, meanwhile, is refreshingly honest in its portrayal of a relationship that one party knows is going in the wrong direction, and while it begins with the confessional line “I miss him more than I should”, its affirmative chorus is “Walk on, I don’t wanna remember your name, anymore”. The folk pop ‘Hold Me Close’, a recent single, was described by the band on NPR as being “about the men in our lives, from generation to generation, and what the modern man looks like to us, and how we have to react and live in relation to that”. While perhaps the most commercial and pop song on the album, there is an edge to it, as Mitchell and Elion sweetly croon “I’m not the one who’s been doing you wrong all this time, no I’m not the one.” While ‘Kai’s song’ has an anthemic chorus, ‘23’ is a well observed take on the pitfalls of early marriage: “This is how we spend our days; looking for the love we misplaced, looking at the choices we’ve made and how, with time, they become our chains”.

Young opens with ‘Father’ and closes with ‘Mother’, a similarly minimalistic piece. Like ‘Father’ it is sparse, almost a cappella, and there is lightness to it, a focus on simple love, which creates a sense of release and catharsis. This isn’t an album to make you feel bad, it’s an album to make you feel good about bad things, to give you the courage to fight and survive them.

Young is out now

The image at the top of the page is the cover of Overcoats’ debut album, Young. The word ‘Overcoats’ features at the top of the image in broken lettering. In the centre, is an upper-body shot of band members Elion and Mitchell. They appear to be young, white women, with dark hair pulled back from their faces, wearing plain white t-shirts. They have serious expressions on their faces and are looking directly at the camera.

The video featured in the middle of this post is the song ‘Leave the Light On’ by Overcoats. Most of the film is shot at nighttime in what appears to be a urban setting, near a road fringed by streetlights. Elion and Mitchell perform a very structured dance in unison, flanked by two black male dancers. This cuts to a close-up of Elion and Mitchell singing, whilst the background moves behind them, as if they are travelling through. The film then cuts to the two male dancers, who dance alongside each other very beautifully and expressively.