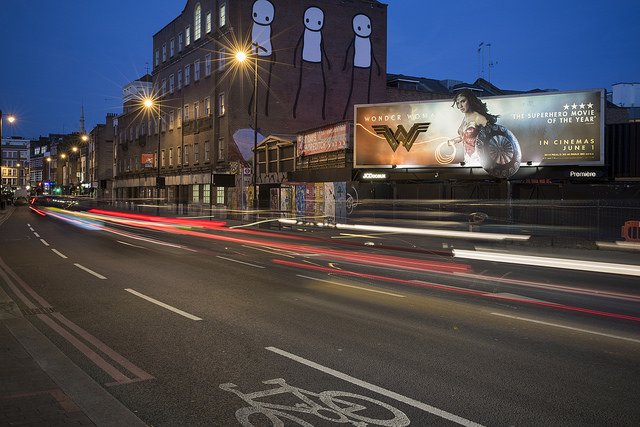 Welcome to another weekly round-up, where we share (what we see as) the most interesting and important articles from the previous seven days. This week’s round-up covers the UK General Election, including articles on MP Diane Abbott and also new Labour representative Eleanor Smith who made history last Thursday by becoming the first black MP in the Midlands (and, even better, taking Enoch Powell’s old seat!)

We have also included a selection of links about the recent Wonder Woman film as a follow-up to the review published last week on the F-Word. It was brought to our attention that, whilst the film certainly ticks a lot of feminist boxes on the surface, when it comes to intersectional issues it is still pretty lacking. We are aware that the F-Word review perhaps did not fully reflect this and want to highlight some alternative viewpoints. We’d be really interested to hear other opinions as well so please comment on the blog below or on Twitter/Facebook if you have any thoughts.

We Need To Talk About Diane Abbott (Jack Monroe)

From the article: “Diane was the first black woman to have a seat in the House of Commons. She MADE HISTORY. Her father was welder, her mother a nurse. How many working class kids do we have in politics these days? Fuck all, really. Diane went to Cambridge University to study history. IN THE SEVENTIES. In 2017 only 15 black kids went to Cambridge. Sit down and listen. Diane worked for the Home Office in 1976. She was so smart they put her on a course to fast-track her career. (I’m just getting started.) Diane was Race Relations Officer at the National Council for Civil Liberties from 1978 to 1980. (Big fucking job. Bet you couldn’t do it.) Diane was a TV researcher and reporter from 1978 to 1985. I know a lot of those. They’re fast thinkers, avid fact hounds, brilliant minds.

“Diane’s political career began in 1982, on Westminster City Council. Then in 1987, I’ll say it again, she became the first black female MP.

“In 2008, her speech on civil liberties in the counterterrorism debate won Parliamentary Speech Of The Year in the Spectator awards.

“That speech is here. Watch it, and then come back. https://t.co/qNMvtilMa1

“She founded the Black Child initiative, to raise educational achievements among black kids. She shared her damn platform.”

From the article: “Ultimately the treatment of Diane Abbott – of which this is a mere snapshot – tells us what we need to know about race, gender and radical politics in the UK. A black woman who challenges the status quo and won’t apologise for doing so will always be judged unfairly. Because too many subconsciously feel it’s not up to people “like her” to be the voice of opposition.”

Sisters are doing it for themselves: the retired women who built their own community (Telegraph)

From the article: “It is made up of 26 women aged between those in their 50s up to 87, all of whom have found themselves alone but want to retain dignity and independence in old age.”

‘It feels like the right time’: Paralympic swimmer Theresa Goh opens up about her sexuality (The Straits Times)
[CN: This piece contains some outdated language, such as a tragedy-model term for wheelchair users.]

Jo Brand (live at Soho Theatre) (The Comedian’s Comedian) [Podcast][We haven’t been able to find a transcript of this, so do please share in the comments if you know of one!]

LGBT vs GSRD (Beyond the binary)

From the article: “During the last 18 months or so, through my research and clinical work, I have been introduced to term Gender, Sexual and Relationship Diversities (GSRD). Which, yes at first glance, could be viewed as just another acronym which will simply lead to different problems, yet I believe that it addresses the fundamental issue of power that is present in the LGBT acronym. It opens up a space of self-determined inclusion, a space that invites the individual to decide if they wish to opt in, rather than placing power in others to decline their membership.”

From the article: “The Open Society Public Health Program calls for letters of intent from organizations, informal groups, and networks in France, Germany, Ireland, the Netherlands, Norway, Sweden, and the United Kingdom to apply for funding to change dominant narratives about sex workers.

“Over the past several years, the problematic conflation of consensual sex work with human trafficking has led a number of European states and institutions to adopt, consider, or endorse legal and policy approaches that worsen the situation of sex workers by policing migration and mobility, and by promoting the “end demand” model, also known as the Swedish or Nordic model, of criminalization.

“Criminalization of buying sex and of activities related to sex work, including soliciting in a public space or renting an apartment with another sex worker, exposes sex workers to police violence and human rights violations and leaves them without adequate recourse to justice. Sex work is often misrepresented in the media and popular culture, and this further perpetuates the marginalization and stigmatization of sex workers. Everyday experiences of sex workers have been traditionally absent from mainstream debates. Depictions of sex work tend to be sensational and lacking in nuance: They stereotype sex workers and perpetuate the myth of “white slavery” in order to delegitimize sex workers’ perspectives and demands.”

A Labour-led government may yet emerge. We progressives must work together (Caroline Lucas at The Guardian)

From the article: “But we face serious challenges too. This desperate Conservative government will reach out to the hardline DUP – a party that denies climate change, opposes abortion and is openly homophobic. Theresa May was right to warn about a “coalition of chaos” – her party is about to try to create one. And it’s a stark reminder of the inequity of our electoral system that the DUP will take 10 MPs to parliament with fewer than 300,000 votes, while my own party returns just one MP with over half a million.”

From the article: “I’m 47 years old and this was the first time I have had the opportunity to campaign and vote for a Labour party with genuine socialist credentials. Too often in the past, Labour has simply been the ‘best of a bad bunch’. This time, the party was offering a genuine alternative and people lapped it up.

“One of the earliest signs that something different might be happening was Grime4Corbyn. This grassroots campaign group was launched to encourage young people to engage with the electoral process after a number of Grime artists including, LowkeyBristol5Novelist, Stormzy, AJ Tracey and JME, all came out in support of the Labour leader.”

The following links offer some important intersectional views on the recent Wonder Woman film reviewed on the F-Word last week (thanks to the reader who brought some of these to our attention on our Facebook page):

From the article: “This movie wasn’t made with all women in mind, it’s for the women who can ignore certain atrocities which don’t directly affect them. Your children are safe, their bodies aren’t being policed by soldiers, their schools haven’t been bombed, the hospitals they lay in don’t have bullet holes in the walls, their water supplies haven’t been cut, their electricity isn’t regularly shut off by another government.

“So go and enjoy your new feminist film, did you hear it was directed by a woman? How swell.”

OPINION: Why Supporting ‘Wonder Woman’ Is Dangerous For My Black Feminism And Liberation (Essence)

Wonder Woman’s Feminism Is Strong As Hell, But It’s Not Intersectional (Bustle)

From the article: “As both a woman and a longtime fan of superhero movies, the success of Wonder Woman at the box office has made me happier than I can express. But as a black woman and a longtime fan of superhero movies, the actual content of Wonder Woman depressed me. Racking up $200 million worldwide on its first weekend, Wonder Woman’s status as a superhero film starring a woman and directed by a woman has made it a feminist victory in ways having nothing to do with the all-female island of Themyscira and the inclusion of lines like “Be careful in the world of men, Diana. They do not deserve you.” But I’m sorry to say that Wonder Woman is just a white feminist victory — barely. For black feminists, it’s exactly like every other superhero movie, just with a white female lead.”

From the article: “In Wonder Woman, the portrayal of disability is negative. Once again, a movie marks disability as the Other, as a tragic result of humankind, or a valid reason for wrongdoings. At the same time, disabled characters are written as helpless, innocent, and in need of saving by people more physically or mentally able than us.”

The image is used under a creative commons license with thanks to JCDecaux Creative Solutions. It is a motion shot of cars going past on a main road. It appears to be evening so the cars have their headlights on. There are a number of buildings lining the road and, in the foreground, a Wonder Woman billboard poster.