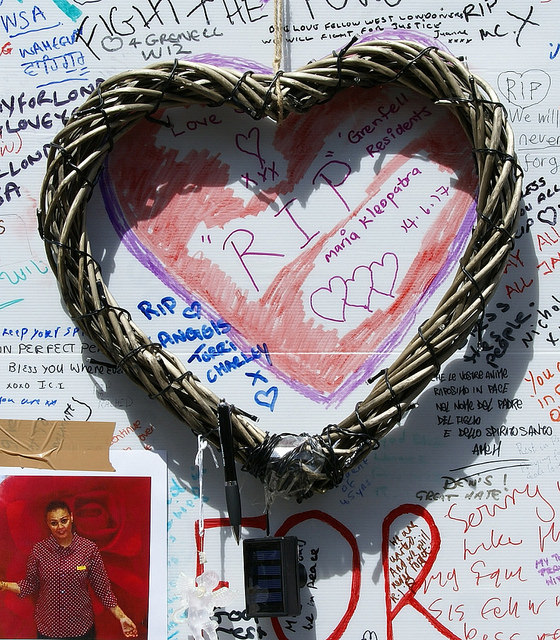 Welcome to another weekly round-up, where we share (what we see as) the most interesting and important articles from the previous seven days. The past week has seen the horrific (and heartbreakingly avoidable) fire at Grenfell Tower in Kensington as well as the terrorist attack at Finsbury Park Mosque. We have included some articles about both of these events in the round-up.

From the article: “The fact that women are outnumbered in every room puts them in a position where they’re often coming up against gender-based stereotypes,” said Deborah Gillis, president and chief executive of Catalyst, which works for women’s advancement in business. “Women are too hard, too soft, but never just right. What that means is that women are seen as either competent or liked but not both.”

From the article: “Fuck it all, for real. We deserve to exist in whatever form we wish. You can think whatever the hell you want about that, but you need to keep it to your damn self. Do not project your bullshit onto others.”

White Men Of Academia Have An ‘Objectivity’ Problem (HuffPost)

From the article: “This is in the context of a government that has repeatedly rejected improved housing regulation as ‘unnecessary red tape’ and even voted against a law requiring landlords to make homes fit for human habitation. (72 of the MPs who voted against the measure are landlords.)

“When Grenfell Tower residents repeatedly pointed out their concerns, no one in power listened to them. The poor, it seems, are easily ignored. It’s hard to imagine this being the case if, rather than social housing tenants, they were barristers and bankers. It’s been reported people in Grenfell Tower wanted to take on the landlords over their fears of the building’s fire risk but they couldn’t afford it and – due to government cuts – there’s now no legal aid to help them.”

“Both women were fighting the Kensington and Chelsea Tenant Management Organisation for building improvements, with help from the Radical Housing Network, The Mirror reports.

“Pilgrim Tucker, who works for the group, told the paper: ‘The TMO’s response was to threaten tenants with legal action and send out letters. Nadia and Mariem would have received them too.'”

From the article: “I’m reminded of a distinctive moment in my younger life—not just King’s Cross, but also the fifty-six dead of the Bradford stadium fire disaster (11 May 1985), the one hundred and ninety-three who died on the Herald of Free Enterprise (6 March 1987), the thirty-five who were killed at Clapham Junction (12 December 1988), the ninety-six who were crushed at Hillsborough (15 April 1989), or the fifty-one who drowned on the Marchioness (20 August 1989). Perhaps it was coincidence that these catastrophes happened cheek by jowl, in a way that they just haven’t since. Or perhaps much of it was something to do with the ascendant political ideology of the time, that starved vital infrastructure of much-needed investment, and that celebrated the quick search for profit. One of the good things about living in England over the last quarter century is that this run of disasters came to an end, and things became quite a bit safer. But of course the predictable consequence of the politicians’ collective cchoice to embrace the economics of austerity over the last seven years—and even more so when it is conjoined with the Tory fondness for the execrable landlord class, a widespread dislike of safety regulations, the cuts in legal aid, and the politics of the majority on Kensington & Chelsea Council, especially when it comes to housing—is that we would regress in some measure to this second-half-of-the-1980s world, and everything that is coming out now about the Grenfell Tower saga suggests that we have so regressed.”

From the article: “…So be careful what you believe on social media. If it’s not backed up by reliable sources then either disregard it, or search out the truth for yourself.”

The Classist, Racist Disorganisation at Grenfell Tower is Disgraceful (gal-dem)

‘We didn’t recognise that he was dangerous’: our father killed our mother and sister (Rossalynn Warren talks to Ryan and Luke Hart, Guardian)

From the article: “‘I was shocked at the ease with which others, sitting behind their desks, could explain our tragedy away within an afternoon,’ Ryan says now. ‘It was very difficult to read that they were sympathising with a man who caused Mum and Charlotte misery their entire lives. One writer even dared use the word ‘understandable’ to justify why they were murdered.’ This second Daily Mail article, a column by psychiatrist Max Pemberton, argued that a man killing his children ‘is often a twisted act of love’. The article was later removed from the site.

“’You’re reading it and thinking, ‘”This is bollocks,”’ Ryan says. ‘But you know people around the country are also reading it, and those ideas are being driven into their minds. It reinforces in the abuser’s mind that what they’re doing is OK.’”

Mormon girl, 12, is stopped from speaking as she explains why she is gay to church (Independent)

From the article: “Rose put Morgan in his place but he still didn’t seem to understand anything she stands for. He illustrated this by saying, ‘Shall we have a cup of tea instead & discuss where you’re going wrong re feminism?'”

From the article: “Given mainstream feminism’s genital fixation since the beginning of 2017, this hypocrisy is confusing. Women should reclaim their bodies and feminists should be in support of women’s bodily autonomy, yet Amber Rose is a ‘bad feminist’ for having a feminism centered on reclaiming her body and sexuality?

“These misogynistic respectability politics also take on a racial element when it’s clear and observable that many of her most vocal critics are white, and are not making critiques of the substance of her feminism, but rather her nude selfies. While the likes of Emma Watson can take a slightly racy photograph “for fashion” and not get her feminist credentials revoked, and Lena Dunham can toy with nudity as a comedic prop and be the feminist voice of our generation, Amber Rose is painted as almost incapable of having the ability or intelligence to use her own body to put forward a feminist politic.”

Megan Stodel has recently written on this subject for the F-Word HERE.

From the article: “Those who dehumanise & stereotype muslims have no moral high ground from which to deplore demonisation of secular westerners by Islamists.”

The image is used under a creative commons license with thanks to ChiralJon on Flickr. It shows a tribute at the site of the Grenfell Tower fire; a wicker heart hung from a wall, surrounded by handwritten tributes and photographs.